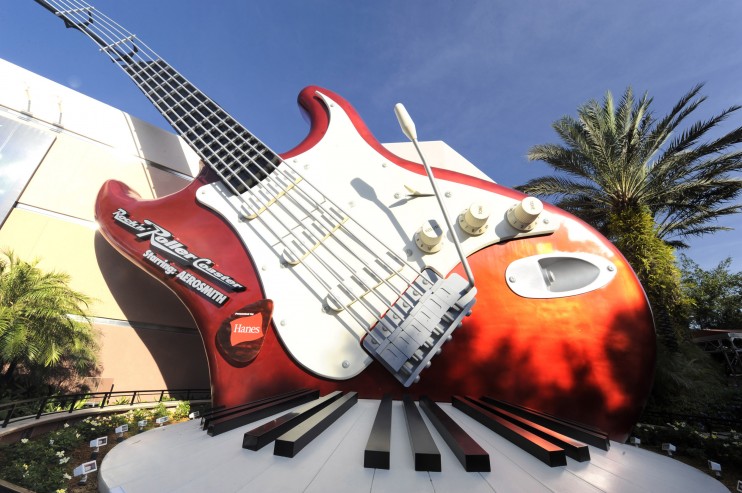 Let’s start November with a good ole fashioned blood boil! On October 27th, Rock n Roller Coaster-Starring Aerosmith went down for a mid sized rehab. The attraction is said to be reopening on November 14th, but the latest rumors according to Theme Park Tourist, say that the when the coaster comes back on November 14th it will be without the band that “launched” it. It also falls in line with huge rumors that front man Steven Tyler wasn’t happy about the changing of his “shocker” digit a few months back. There’s also the fact that the band is supposedly calling it quits after next year’s huge farewell tour. Apparently Disney is backing away from the band, and is looking at other avenues to continue the coaster. Add in the fact that Disney pays licensing fees to Aerosmith. With the properties that Disney owns, there are plenty of ways that Disney could cut the band out.

The panic also comes as the park completely blocked off access to the surrounding area of the ride. They have completely walled off the courtyard leading up to the attraction, something that they usually don’t do when the ride goes down for rehab. The merchandise in the gift shop has also changed from Aerosmith to “Mickey’s Rock n Roller Coaster”.

Two weeks doesn’t seem like enough time to bring a huge change like that to the attraction, but keep in mind that the preshow changed overnight and no one would have noticed had it not been for the keen eyes of Disney fanatics.
What could the ride be rethemed to in such a short time? If you look at it, the biggest change that would need to happen would be to the preshow. The attraction itself would remain unchanged for the most part. The obvious choice would be a huge new preshow starring Mickey Mouse. It would be easy enough to institute a new film. The folks behind the scenes could have been developing one for months now. The onride audio would also have to be reworked, which leaves probably something like “Radio Disney” filling the gaps. We could also hear a “rocking” new Mickey Mouse soundtrack as well. One other huge possibility, which seems a little less likely, is the “temporary” overlay to a Star Wars “Hyperspace Coaster”. It was done with Space Mountain at Disneyland, and is being done at Disneyland Paris. Who knows how they would handle the pre-show, but it could be done.

Keep in mind that this just a rumor, and rumors can fall flat (and usually do), but it could happen. Personally we think that with Hollywood Studios in shambles, due to all the construction, it really won’t happen right away. You’ll probably see Aerosmith back in the saddle come November 14th. But, with the park neck deep in construction, and a new Star Wars movie right around the corner…anything is possible.

TAGAerosmith Rock n Roller Coaster Walt Disney World
Previous PostThis is heavy-Michael J. Fox returns to Back to the Future Delorean Next PostLearning from the Halloween Tree at Disneyland