This is heavy-Michael J. Fox returns to Back to the Future Delorean 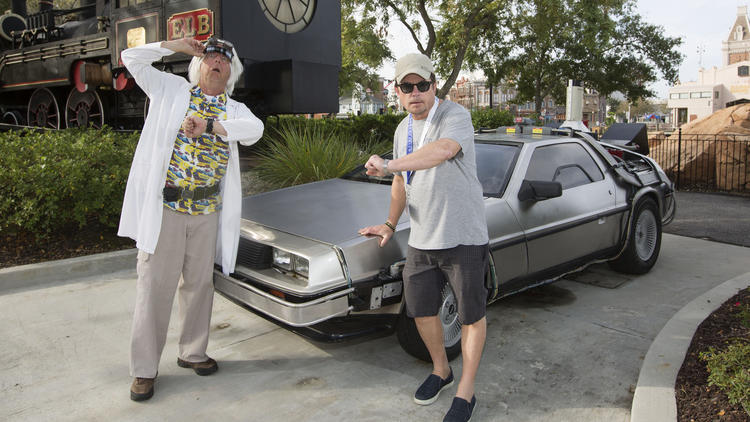 Great Scott! It was a fun pose for Michael J. Fox, but for the rest of the fans it was a stark reminder that the Future is marching on. Last week, while stopping at Universal Orlando with his family for some fun, Michael J. Fox posed with the parks own Doctor Emmett Brown in front of the Delorean.

No, nothing is coming from it, it’s just a fun reminder of what used to be. Back to the Future was a groundbreaking film for Fox. It was also a groundbreaking ride for Universal. The attraction used huge domed screens, and would put guests in a Delorean as they helped Doc Brown fight Biff across time.

Sadly, that ride closed in 2007 to make way for the Simpsons. It also closed at the other Universal parks around the country and the world, with the last one closing at Universal Japan this past May.

While a rumored fourth film has not happened, sometimes we just need to hold on to the classics as they are. The first movie spawned two sequels, and a slew of theme park attractions. You can still find Doc Brown running through Universal Orlando on occasion conducting “weather experiments”, and you can also catch the Delorean as well as the Time Traveling Train.

Just remember, your future is what you make of it…so make it a good one!