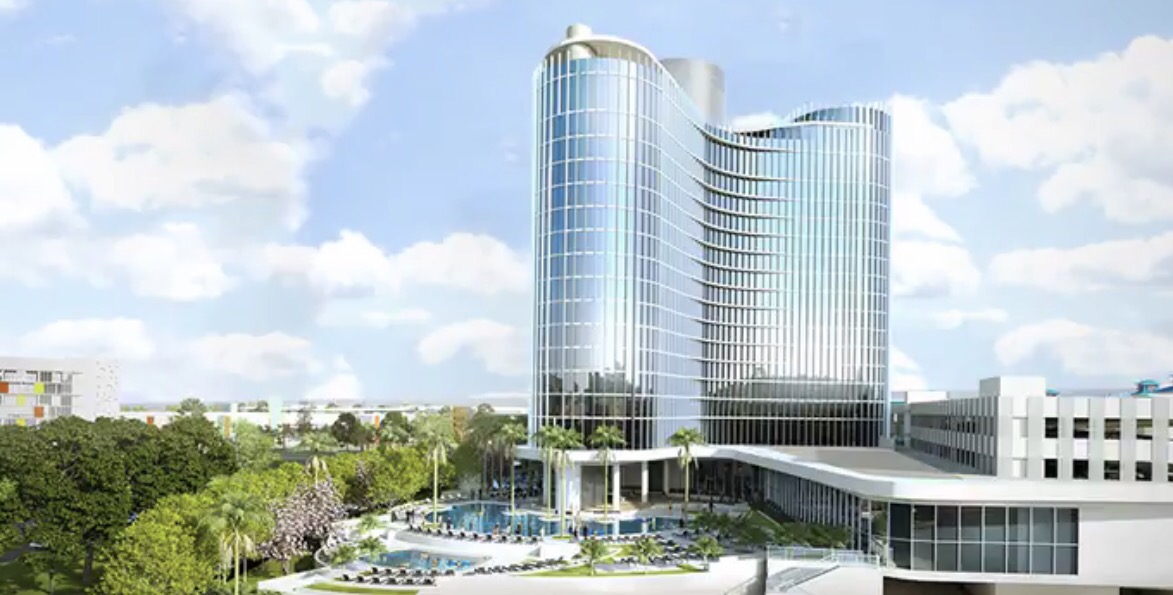 The sixth hotel will be called Aventura, and will be opening in 2018.

The new hotel will add 600 rooms, and will be one of the smaller onsite hotels. The hotel will open directly behind Loews Royal Pacific and Sapphire Falls. Sapphore Falls opened earlier this year to rave reviews, and a gorgeous landscape. Loews Cabana Bay Beach Resort opened in 2014. Universal has huge plans to have 10,000 onsite hotel rooms. In 2017 Universal will open a huge expansion to Cabana Bay, which will add 400 new rooms to the resort. 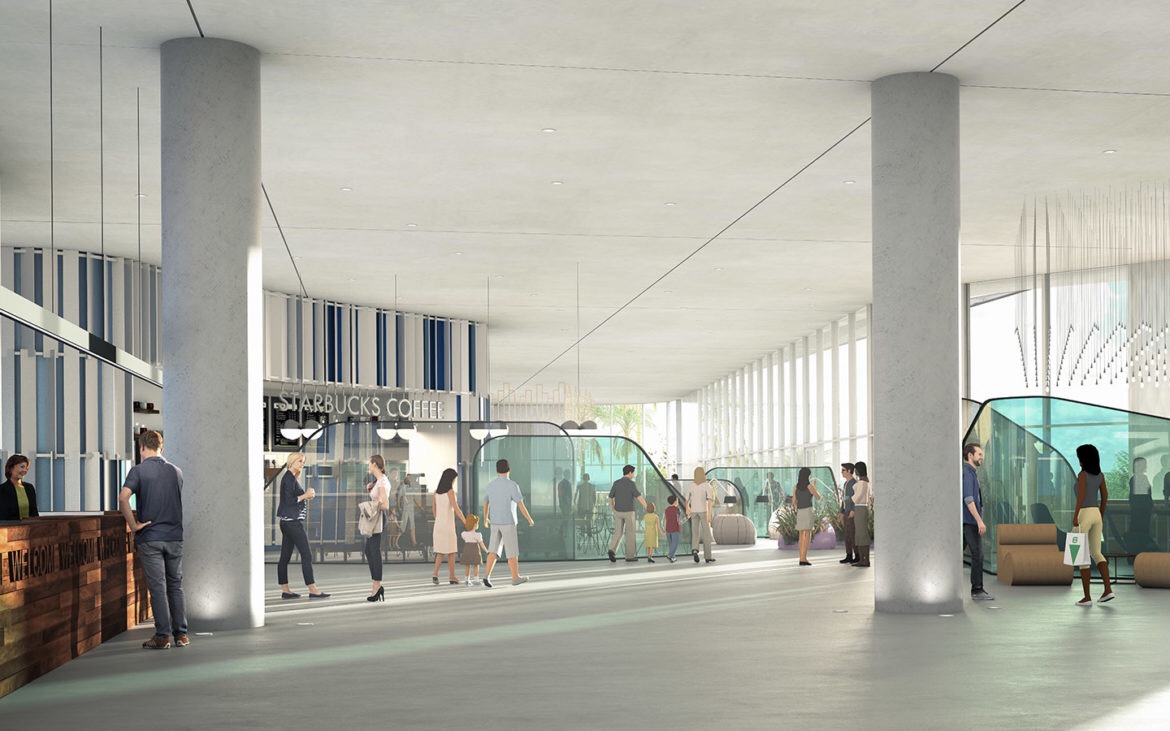 The hotel will continue the tradition of jaw dropping first impressions with the 16 story sleek glass tower. The rooms will have floor to ceiling windows giving a great view of the rest of Universal Orlando, and the lobby will feature huge 18 foot glass windows overlooking the rest of the resort. There will be a new lobby bar, as well as restaurant that will feature five different dining options. On the roof will be Universal Orlando’s first rooftop bar. Guests will be able to enjoy small plate options as well as craft cocktails. The real special feature will be the eye level view of Universal’s signature Volcano at Volcano Bay across the street. The hotel will also feature a pool, hot tub and kids splash pad.
With Aventura opening in 2018, Universal will have 6,200 rooms onsite. The quick expansion in onsite rooms means that Universal is not slowing fown anytime soon. There are no other details on Aventura hotel at this time, other than the fact that the hotels will not provide free Universal Express like the three premimum hotels, Portofino Bay, Royal Pacific and Hard Rock Hotel. Instead, guests will have early entry into the parks.