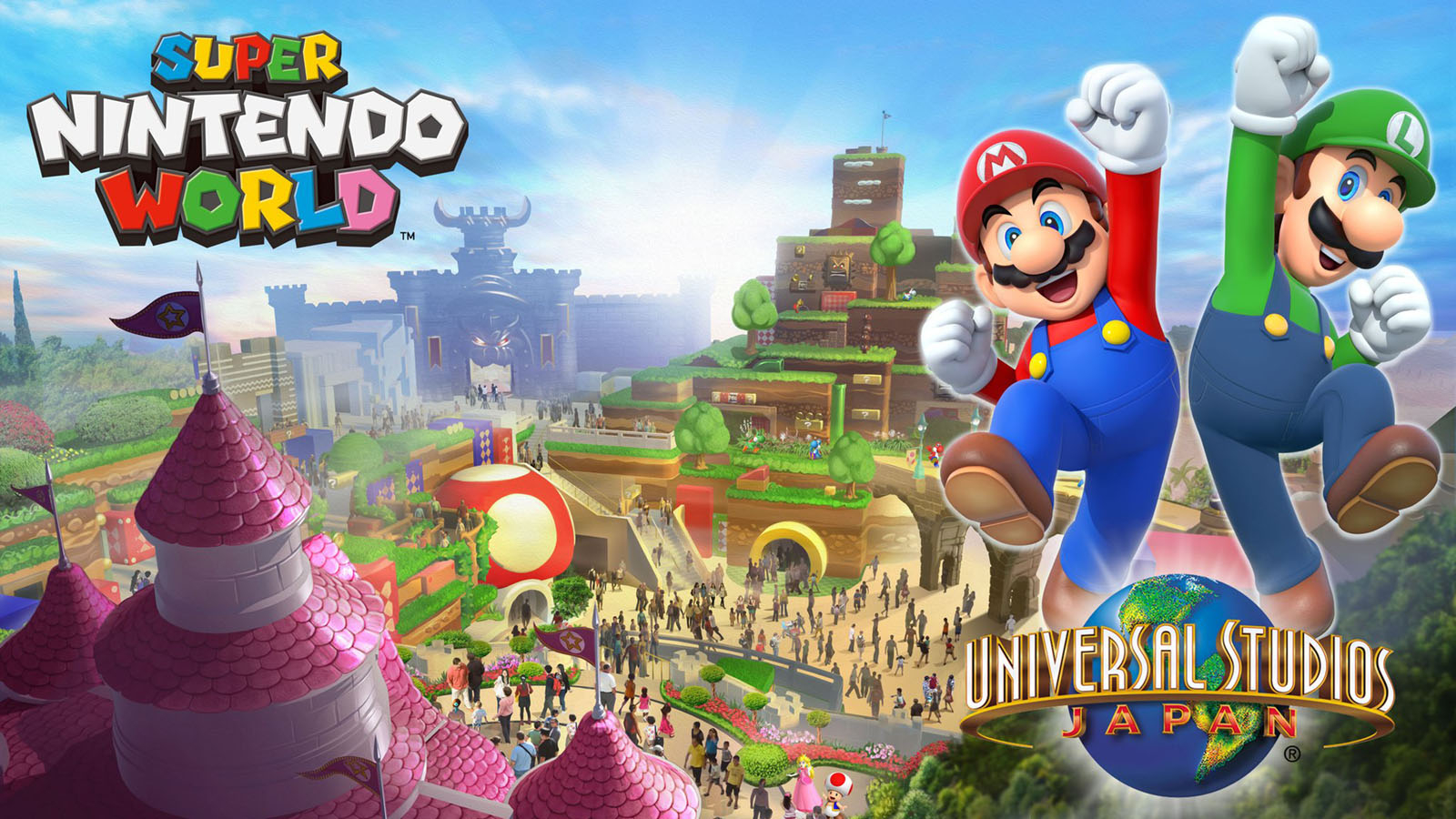 Letsa go! Universal Studios Japan has just announced that they will be the first park in the world to bring a themed land based to Nintendo to life! The new land will open in 2020, just in time for the summer Olympics in Tokyo, and will bring guests smack into the world of Mario, Luigi, and many other Nintendo characters.

The area will have a cost of about $50 million Yen, or about $433 million dollars. The area is expected to bring over a million jobs within the first decade to the area. Super Nintendo World will be built on existing parking structure, as well as land that was held for future development. According to the press release, the land will feature two all new rides as well as interactive play areas built just for the land. The new land will also feature shops and restaurants, both with unique Nintendo merchandise and food designed specifically for Universal Studios Japan.

What can we expect from the new land? Well, honestly we aren’t exactly sure…yet. However, let’s take a look at the picture a little more closely.

So many things are happening! From the picture, it looks like we can expect to see massive rides, walk around characters and much more!

What do you hope to see in the all new land? Are you hoping for more than just Mario? Could we see new rides based on other characters and game franchises as well? Of course, more announcements will be made as 2020 gets closer!