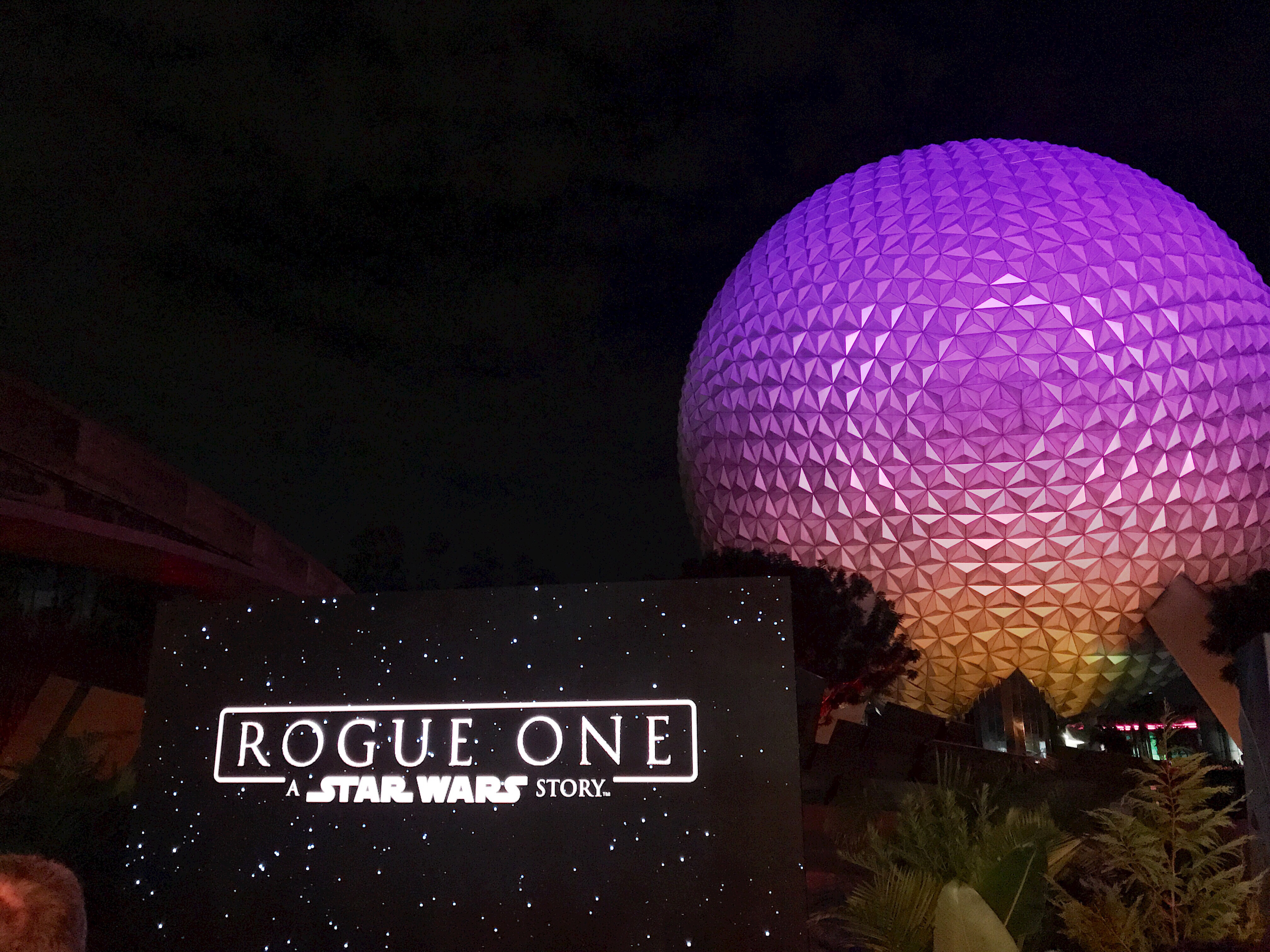 Tuesday night, Walt Disney World unveiled the full fire power of their fully operational battlest…umm, theme park ride? Disney converted the iconic Spaceship Earth to celebrate the opening of the first stand alone Star Wars Story-Rogue One. The film opens December 16th and Disney is pulling out all the stops for the new film. 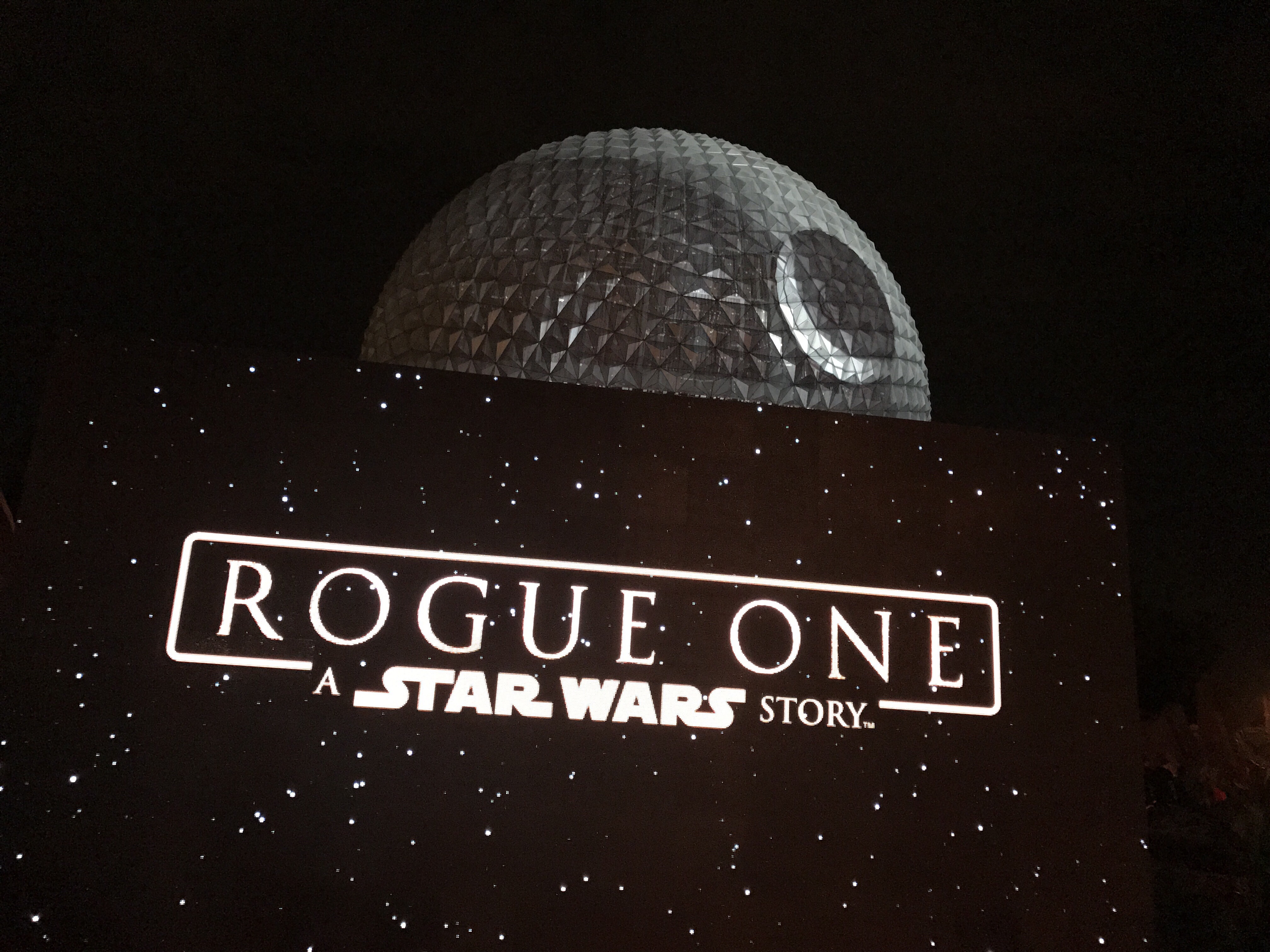 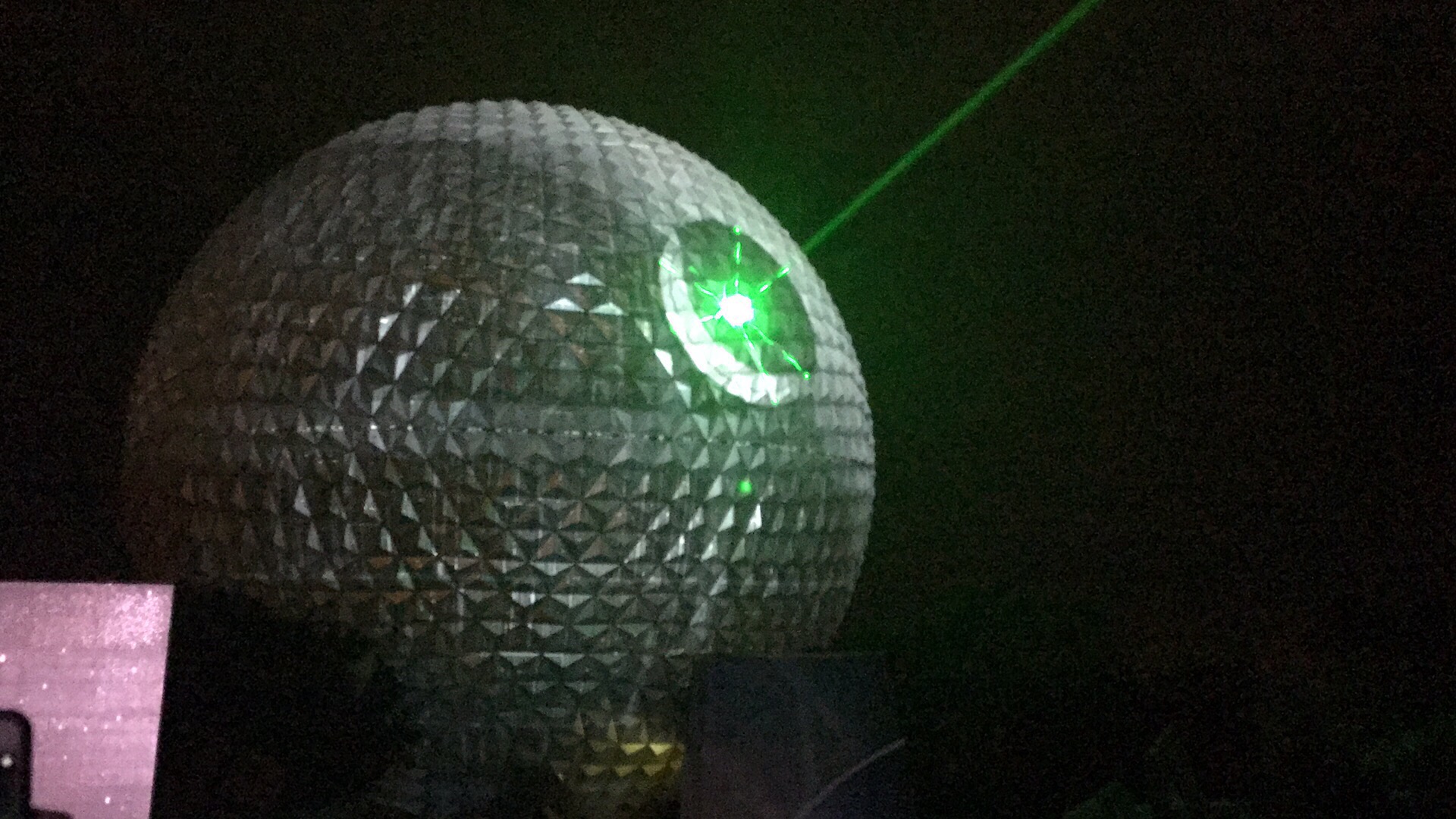 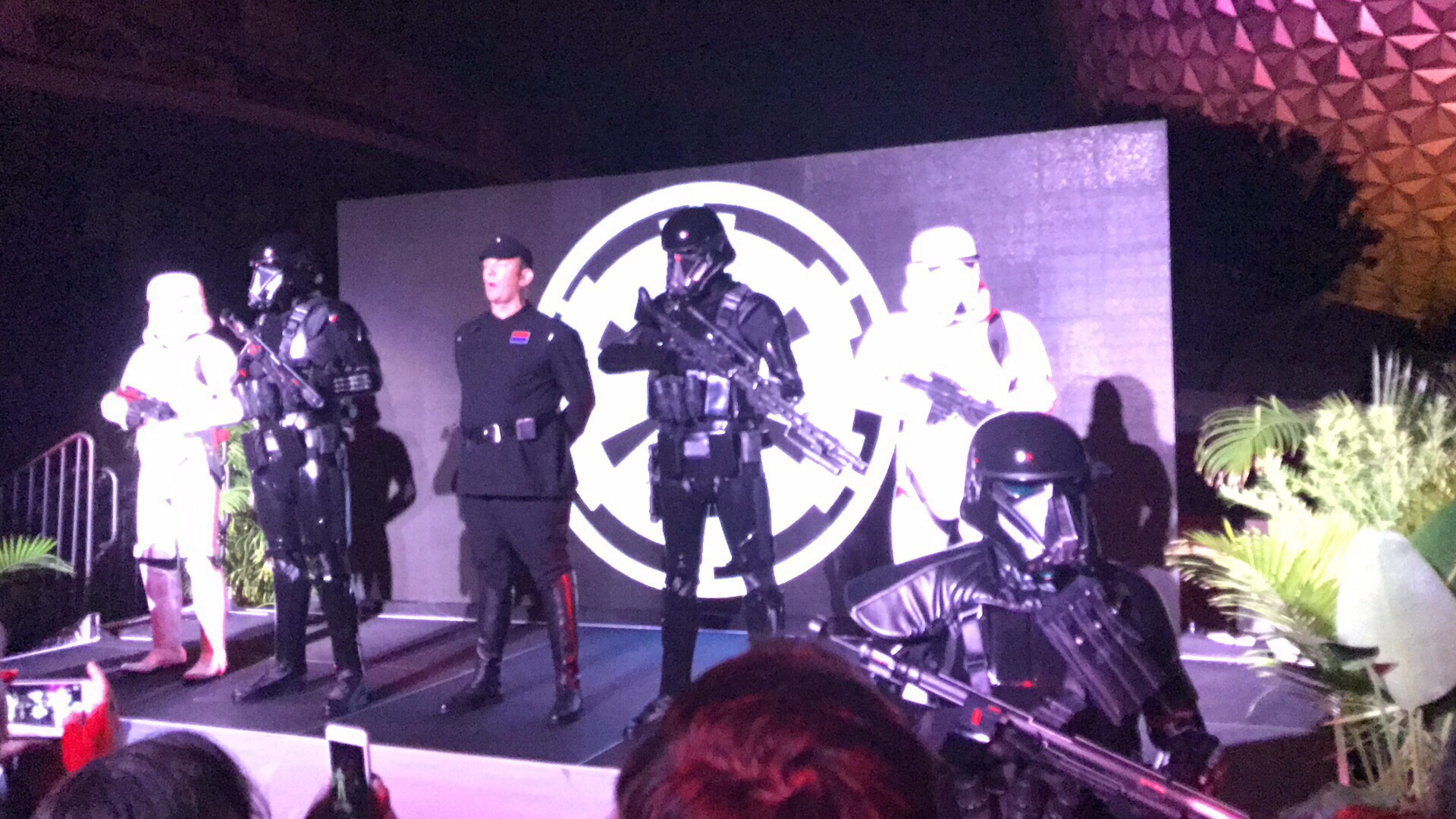 The park tested the fully functional battle station on some approaching ships with the help of some new Advance Weapons Research Troopers.

If that wasn’t amazing enough, Mads Mikkelson made a surprise appearance for the crowd. 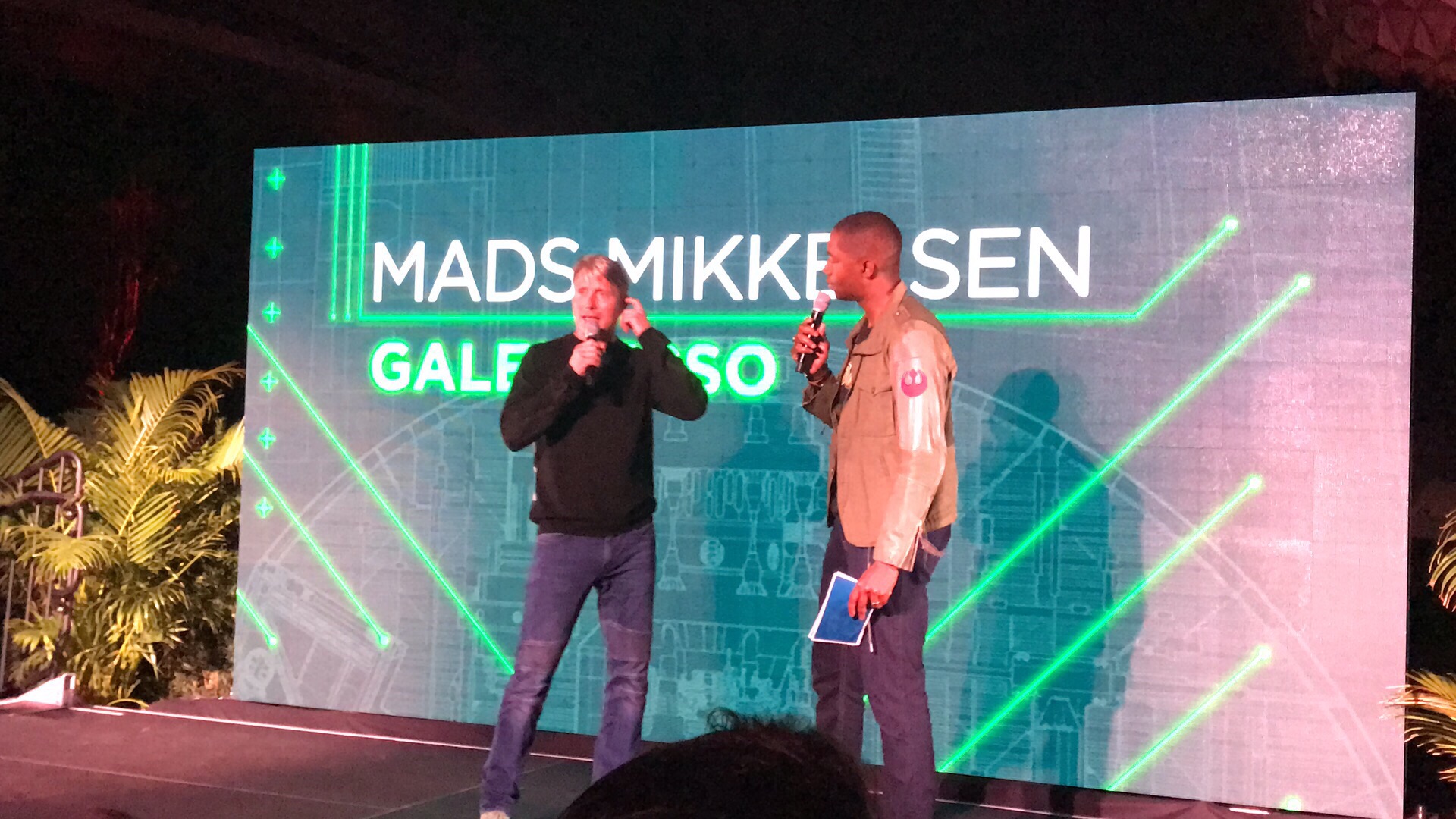 Mikkelson described how his jaw hit the ground when he was asked to film the new movie.

In addition the park also shared more details about the upcoming Star Wars Additions which will be coming to Disney’s Hollywood Studios.

The additions are a mix of new stuff, returning favorites and just more Star Wars throughout the entire park.

Guests can see props from Rogue One in Launch Bay, as well as see a behind the scenes look at the new movie. Beginning December 16th, the daytime show, Star Wars-A Galaxy Far, Far Away will be featuring new characters from Rogue One as well as the other seven films.

Star Tours will also be bringing back random sequences from all over the Star Wars galaxy beginning December 16th. You’ll be able to travel to Jaku and many other places in the Star Wars saga. Also in 2017, guests will be able to see a new mission from Episode 8.

Another big announcement is that while Hollywood Studios is currently doing their Christmas show, Jingle Bell-Jingle BAM, beginning December 16th they will be bringing back the Star Wars fireworks show- A Galactic Spectacular. Don’t fret, you’ll still be able to see the amazing Jingle Bell Jingle BAM as well…that’s two nighttime shows in one park.

For those who love Star Wars, and can’t eat enough, Disney will offer a seven hour tour. You’ll be able to team up with a Star Wars super guide and get an amazing all day tour including tons of information, Star Wars themed food, access to Star Tours, Launch Bay and reserved seating for the Star Wars shows. It’s for the ultimate Star Wars fan. That will be available very soon.