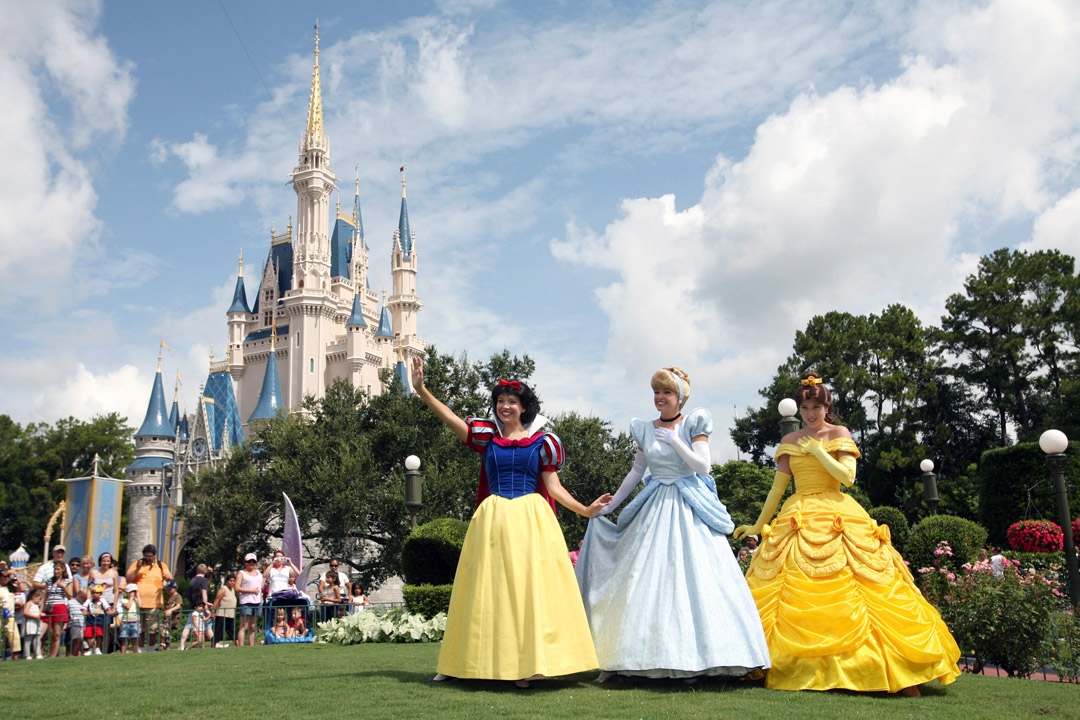 (L-R): Snow White, Cinderella and Belle make every day a royal fairy tale for Princesses of all ages at the Magic Kingdom.

This blanked ban wasn’t expected at all since Disneyland has been in a California, a state with Medical Marijuana that has been legal for several years with recreational laws starting in 2018 and Florida with their impending laws. With this blanket ban, is Walt Disney Parks and Resorts heading into murky territory?

It’s a mixed bag with this ban on marijuana. The fact that they just stated marijuana without mentioning anything about the need for medical purposes would consider this to be a blanket ban. It would mean all forms of marijuana are banned, with no exceptions for any reason. While in Florida the passed amendment doesn’t require accommodation for smoking medical marijuana in any public place. There are bills that are calling for prohibiting smoking/vaping marijuana. In California, both Medical and Recreational Marijuana are legal. While smoking marijuana in a public place or within 1000 ft of children is against the law. The issues will arise from if Disney tries to actively prohibit the non-smoking forms of the substance as they would be in violation of state laws.

Complicating the matters further would be if someone or an entity took Disney to court over the matter. Disney would be found discriminating against those with medical ailments and personal rights. A Colorado Appeals Court in the past has ruled that businesses can fire employees for the use of medical marijuana even if it’s off-duty. However, if Disney were to have the case moved beyond Florida or California and into federal level the complications arise further. In a 2013 memo issued by the Department of Justice, they addressed the issue between the federal prohibition and states legalizing. They set guidelines for the states that when you when you have certain conditions present, the U.S. attorneys can go ahead and prosecute certain offenders.

The DOJ found that the Controlled Substances Act cannot preempt the legalization. While federal statute still applies to the activities that it specifies, its still enforceable by federal agents, and can still lead to federal prosecutions. It is simply that the states themselves are no longer criminalizing some of these activities. The memo stated:”Outside of these enforcement priorities, the federal government has traditionally relied on states and local law enforcement agencies to address marijuana activity through enforcement of their own narcotics laws.”

However, if a case like this were to move into the supreme court it would send waves of legal precedent across the united states. These laws on marijuana would be rendered void and unenforceable because of the federal statute. The U.S. Constitution’s Supremacy Clause makes valid federal law supreme over conflicting state law. However under the 10th amendment, the government is free to enforce its own marijuana laws. But requiring state agents to enforce federal laws would be unconstitutional commandeering of a state’s resources. There has even been a case where the DOJ successfully argued in favor of dismissing a lawsuit claiming Arizona’s medical marijuana law was preempted.

Overall, until the Florida laws are enacted, the ban in Florida would presumedly stay. However in California where the laws are enacted, things will become rather murky. Depending on how Disney tries to actively prohibit it, they can be in violation of state laws.

Be sure to stay tuned from the latest from Walt Disney Parks and Resorts news and be sure to get social with us on Facebook and follow along with us on Twitter @BehindThrills for the latest updates!