Disney has announced a third way for guests to travel, Disney style, today at the D23 Expo taking place in Anaheim, California. Earlier they announced guests will be able to travel by air via Disney Skyliner, by land via Minnie Mouse themed vans, and now they’ve announced new cruise ships coming to the Disney Cruise Line lineup to travel by sea.

“We decided two ships wouldn’t be enough to hold all of the exciting new experiences we have been dreaming up to take family cruise vacations to a whole new level with immersive Disney storytelling, world-class family entertainment, and imaginative innovations that are fantastically fun and uniquely Disney,” Bob Chapek, Chairman of Walt Disney Parks and Resorts, said.

While no details on ship names, itineraries, or other details have been announced yet, each ship is expected to feature their own unique experiences. The ships will each roughly have 1,250 guest rooms and weigh in around 135,000 gross tons. This makes each of these ships larger than the newest ships that are currently in service: The Disney Dream and The Disney Fantasy. In an effort to be environmentally conscious, they will be powered by clean burning natural gas. 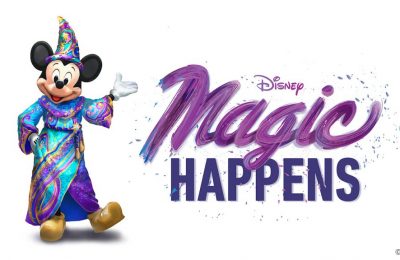