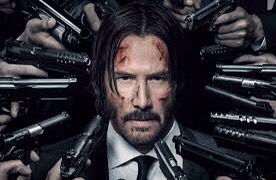 There was a time that we were laughed at, and called insane for suggesting that theme park attractions were coming from Lionsgate based on The Hunger Games. After all, a dystopian society where they kill children hardly seems like theme park fare. Lionsgate and Parques Reunidos has announced that they will bringing an all new entertainment complex called “Lionsgate Entertainment City” to The Big Apple. The new complex will feature attractions based not only on The Hunger Games, but also John Wick, and Mad Men.

The new complex will open in 2019 in Times Square and will feature rides based on the franchises, as well as shopping and dining options.

“We’re delighted to kick off our partnership with Parques Reunidos in midtown Manhattan, and we look forward to extending our alliance to other major U.S. and European cities as we continue to grow our location-based entertainment business around the world,” said Lionsgate Senior Vice President of Global Live and Location Based Entertainment Jenefer Brown. “Lionsgate Entertainment City celebrates so many of our greatest film and television properties and provides their fans with a unique immersive experience featuring state-of-the-art technology right in the heart of the city.”

“We are very excited to collaborate with Lionsgate in this new project, which is a big milestone for our strategy to develop Indoor Entertainment Centers (IECs) in shopping malls and landmark buildings. Lionsgate Entertainment City will be our sixth IEC, following the five we announced in 2016 which are underway in Europe. We hope that, through this strategy, we will develop 20 other centers in the coming years and we will become a worldwide leader in this form of entertainment,” said Fernando Eiroa, CEO of Parques Reunidos.

What will the rides be? John Wick will be a shooting ride that allow guests to go head to head with other guests in an all out death match against assassins. There will be a 4D theater which will feature a rotating series of film experiences, and live shows. Divergent will have the Dauntless Challenge Course. VR attractions such as the Nerve VR experience will also be part of the new center. There will also be an entire Mad Men themed dining and lounge experience, which is inspired by the landmark television series from creator Matthew Weiner, will offer fans an opportunity to step back in time and enjoy a night on the town inspired by the show’s 1960’s décor and decadence.

The Hunger Games will feature a flying simulator, as well as themed dining and shopping. Peeta’s Bakery and The Capitol Confectionery will allow guests to browse through the shops of Panem. The themed entertainment complex will also feature the first ever Lionsgate Store, with merchandise from the various films.

While this is one of the biggest new Lionsgate areas, the studio already has lands planned in Motiongate Dubai which will be opening this fall. Lionsgate Movie Word will also open in South Korea, which will feature the Hunger Games and more.

Lionsgate certainly seems to be trying to take a bite of the themed entertainment bandwagon, which has been a staple of parks like Disney and Universal for decades. It wasn’t until Attractions like The Wizarding World of Harry Potter that other studios started taking notice.

This is also the first major attraction of its kind in New York City, and could definitely make a push to take some of the theme park visits away from Orlando. We’ll have to see what happens in 2019 when Lionsgate Entertainment City opens in Times Square.