Will SeaWorld ever be allowed to return trainers to the water?

On February 24th, 2010 SeaWorld Orlando Trainer Dawn Brancheau was killed by the largest Killer Whale to ever be in captivity at any park in the world, Tilikum. The world changed that day in many ways, from the way many saw SeaWorld, to the way SeaWorld operated, to even what the whales were called.  Perhaps one of the biggest changes came from the removal of a staple of the park, and the very shows that they performed. That day would be the last that any SeaWorld trainer would be in the water with an Orca during a show, and the water contact between trainers and the whales would be minimal. It was a decision that would change the fabric of the company, and would tear apart the image of bonding nature and humans that SeaWorld worked almost 50 years to create and perfect. Seven years later, there are no trainers and Orcas in the water at Shamu Stadium, and the way that people and the whales interact has changed forever. Is there any hope of ever going back, even one little baby step? What would have to change so that trainers and Orcas could once again show that connection that we are one world, one ocean?

After the tragedy that took the life of Dawn Brancheau, there were way too many questions without answers to allow the trainers back in the water. SeaWorld pulled all trainers, as OSHA came to investigate and find out exactly what the cause was, and if there was anyway to prevent it. OSHA came back with the decision that SeaWorld was obligated to protect their trainers from any known risk, and having them in the water with the ocean’s top predator was way too dangerous to ever have happen again. So the ruling stood, despite many appeals to judges in various levels of court. It wasn’t an issue of ethics, but pure safety. The whales could be way to unpredictable, and there was no way of ensuring the safety of the trainers. SeaWorld would do things to help ensure the trainers safety, such as specially designed vests, and a rising floor, but the decision would stay. It was just too dangerous.

Many would argue that the dangers of being a SeaWorld trainer were well known, and that the training and tools that SeaWorld gave would be enough. After all, being a SeaWorld trainer was not the most dangerous job in the world, and it’s also not the most dangerous job in entertainment. Football players face a growing concern about long lasting brain damage due to concussions and injuries. Players in the NFL know that there is a risk of serious injury, yet they are allowed to sign extensive contracts that allows them to play. We don’t even know all of the risk factors that many of today’s players face.

Even more so are movie stunt people. They put their lives on the line every time the director says action. In fact there have been some very high profile stunt deaths in the past few months. What makes the difference there?

The main difference between NFL players, Stunt people and SeaWorld trainers is who they’re employed by. SeaWorld trainers are employed by SeaWorld. SeaWorld sets the stage and is supposed to give the employees all the training and the environment they need to stay safe. When you’re working with the ocean’s top predator, in their own environment, that safety is hard for SeaWorld to guarantee. NFL players, NASCAR drivers, and even stunt people are independent contractors of sorts. They work in unions, and are essentially self employed. That’s important to remember.

In fact, we heard a conversation with a high ranking OSHA official (who was off record and will not be named, sorry) that if SeaWorld wanted trainers in the water, all they had to do was hire their trainers as independent contractors. That way, they are responsible for their own safety and well being and not reliant on SeaWorld to provide a safe work environment. Could that work? Is that actually a “legal loophole” in which to get the trainers back in the water?

We decided to call in the experts and ask, from a legal standpoint whether that would be a legal way to go about it. Erik Beard is the author of the Legal Roller Coaster, a legal blog in which he uses his legal expertise to write about the legal side of the theme park industry.

Could SeaWorld utilize independent contractors, much like the film industry uses for stunt workers, to bring trainers back to the water?

“Legally speaking, yes, if the trainers were independent contractors and, thus, were not SeaWorld employees, they would not be subject to the current OSHA ruling that prohibits the trainers from being in the water.” Erik Beard said in an email.
While that may sound like a victory, it’s a little more complicated than that. There’s the question of liability and whether or not judges and OSHA would rule in that favor.

“Even if SeaWorld intended to hire the trainers as independent contractors, there is no guarantee that a court, including an OSHA administrative judge, would agree that they were. There are plenty of cases out there where employers defended against OSHA violations or vicarious liability claims by arguing that their workers were independent contractors, and still lost under the facts of the case. The question of control – i.e. who controls the activities of the worker – tends to be at the heart of the question of whether someone is an independent contractor or an employee. Given that the trainers will be working with the animals, which are owned by SeaWorld, using SeaWorld’s facilities and equipment, and, presumably, would be subject to SeaWorld’s direction on things like work and show scheduling, medical interaction with the animals, and in-park conduct, there would be a colorable argument that the trainers are really employees subject to OSHA rules.”

But how would this stand against the same rules that, say stunt workers work with? Beard went on to explain that it’s all about that same control. If the trainers were to get back into the water, would it be SeaWorld’s call or the trainers.

” While I’m not an expert in the filmmaking industry, my understanding is that stunt workers are brought in to do a very specific job and are given quite a bit of freedom in determining how that job will be accomplished.” Beard explains “In other words, the script may call for someone to leap from one rooftop to another, but the stunt performer has discretion as to how to perform that stunt safely. They may even use their own equipment and tools to perform the stunt and they have authority to say whether the conditions are right to perform it at all. The stunt worker ultimately retains a lot of control over his / her activities and the performance of the job. It is not hard to see how that might be different than a trainer who, likely, would not be the final say on whether a show is scheduled and would be using SeaWorld owned equipment and animals to do their jobs.”

Ultimately it boils down to whether or not the trainers call the shots, or SeaWorld would. In the event that SeaWorld, who owns the Orcas, puts trainers back in the water and then proceeds to do things the way that they have since the beginning, that’s likely not going to sit well with the courts. However, if everything is left to the trainers discretion, even the power to cancel shows, it might be a different story. But seeing that SeaWorld owns the animals, the facility and everything that would encompass a show-that doesn’t seem likely to happen. Even less likely to happen would be a court ruling that would allow that to happen. That’s the most important part of the equation, after all.

Then there’s the safety of the matter that comes into play. Allowing trainers back into the water could ultimately be more harmful than good, if they were to become independent contractors instead of employees of SeaWorld, as Erik Beard explains.

“Employment relationships are generally governed by workers compensation laws when a worker is killed or injured on the job. That is important because, generally speaking, workers cannot sue their employers for on-the-job injuries or deaths. Instead, their compensation is handled through the state workers comp system.” Erik Beard explains.

So it becomes a Catch 22 situation, SeaWorld could bring the workers in independently, but the workers could become even less safe if something were to happen. That’s where Unions and other commissions would come in. It would be up to the workers to hold SeaWorld to safety practices, and possibly without the help of OSHA.

It ultimately comes down to whether or not the trainers would want to take those risks, and whether or not they feel SeaWorld was doing everything they could to keep them safe while in the water. It also boils down to whether or not SeaWorld would want to put trainers back in the water, or let that part of the business model go. It’s a very hard decision to make, because it was always a major draw of the park to see animals and humans living as one, and giving that inspiring leap. Is seeing that connection still the big draw it once was, or have we moved past that? That remains to be seen, but we do know that the Orlando and Texas whale shows are still very popular, with many shows filling to capacity. People still want to see the whales. On the same hand, the dolphin shows, where trainers are still in the water, are also very popular. There just seems to be something about seeing humans and nature connect in the water that people love.

So, bottom line: Will SeaWorld ever bring trainers and whales back together in shows? It’s possible, especially if they can convince a judge and OSHA to sign off on the idea of independent contractors. Another important thing to remember, is that the largest Killer Whale in captivity, ever, Tilikum has passed away. He was the one whale that most of the controversy revolved around. Without the presence of Tilikum, SeaWorld and the trainers could build a case how the largest animal in the SeaWorld family is no longer there, which could also improve the safety of the trainers.

Is it likely? Right now, no, especially as SeaWorld stays in the news under negative circumstances. Right now people aren’t excited about SeaWorld, or not as excited as they were ten years ago. SeaWorld needs to both get back to their roots as a marine adventure park, but also move ahead. They need to get the public excited about seeing amazing sea creatures again, and connecting with the world around them. If they can do that, there’s a good chance that you will see trainers and whales performing together again.

Special thanks to Erik Beard from Legal Roller Coaster for the information.

For more information about SeaWorld,including tickets, visit the official website by clicking here! 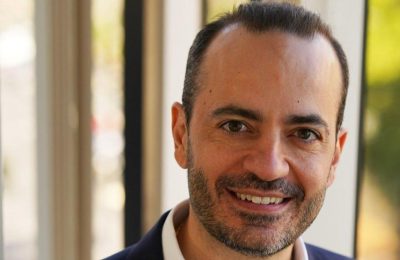 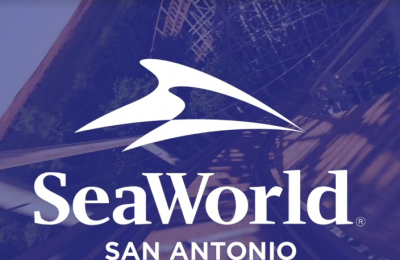