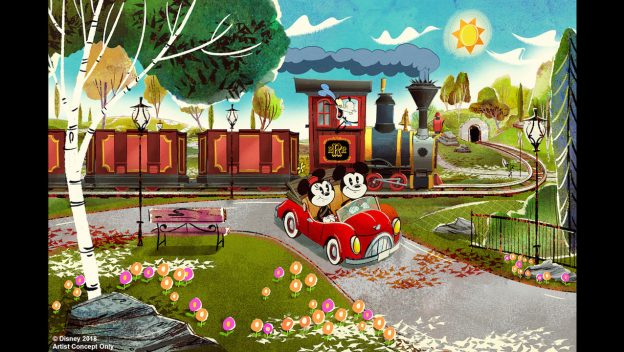 But the story has been revealed. And it’s classic Mickey and Pals.

You’ll start your journey watching the premiere of an all new Mickey Mouse Cartoon. The Chinese Theater will be the perfect place for the premiere. As you watch, Mickey and Minnie will be getting ready for a picnic, when they notice that their car is right next to train…with Goofy as the conductor. You can imagine where things go from there.

The ride will put you into the movie, with a technology that Disney is calling 2 1/2D. The new attraction will not use 3D glasses, and will use real Disney Television animators to bring the new film and ride to life.

The ride will open in 2019, most likely right before Galaxy’s Edge at Disney’s Hollywood Studios.