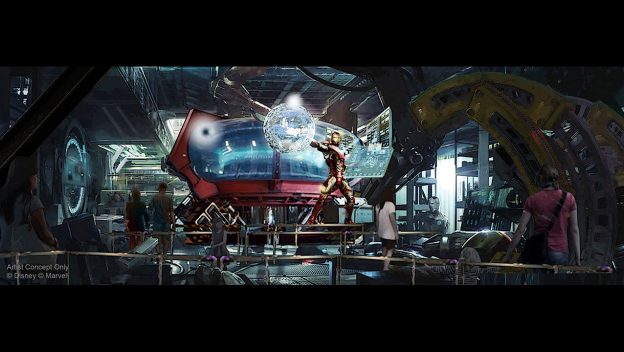 Relax. Take a deep breath. No, the Orlando version of Rock n Roller Coaster is not closing. Feel better? Okay.

No, the version of Rock n Roller Coaster starring Aerosmith that is closing is in Paris. The coaster will get a complete retheme at Walt Disney Studios Park in Paris, and will become the centerpiece of an all new Marvel experience.

Guests in Paris (PARIS NOT ORLANDO!) will take a ride along with Iron Man and other Avengers as they soar over the tracks in the all new experience. Not a lot is known about the new ride, other than Rock n Roller Coaster will close. It’s not known when, but if you have the chance to ride…IN PARIS you better do it soon.
Did we mention that this is NOT ORLANDO, but PARIS??

All kidding aside, the original version of Rock n Roller Coaster at Disney’s Hollywood Studios will remain themed to G-Force Records. Walt Disney Studios Park in Paris is getting a huge new Marvel Makeover, which will kick off this summer with the Summer of Superheroes, and the all new Marvel themed hotel.