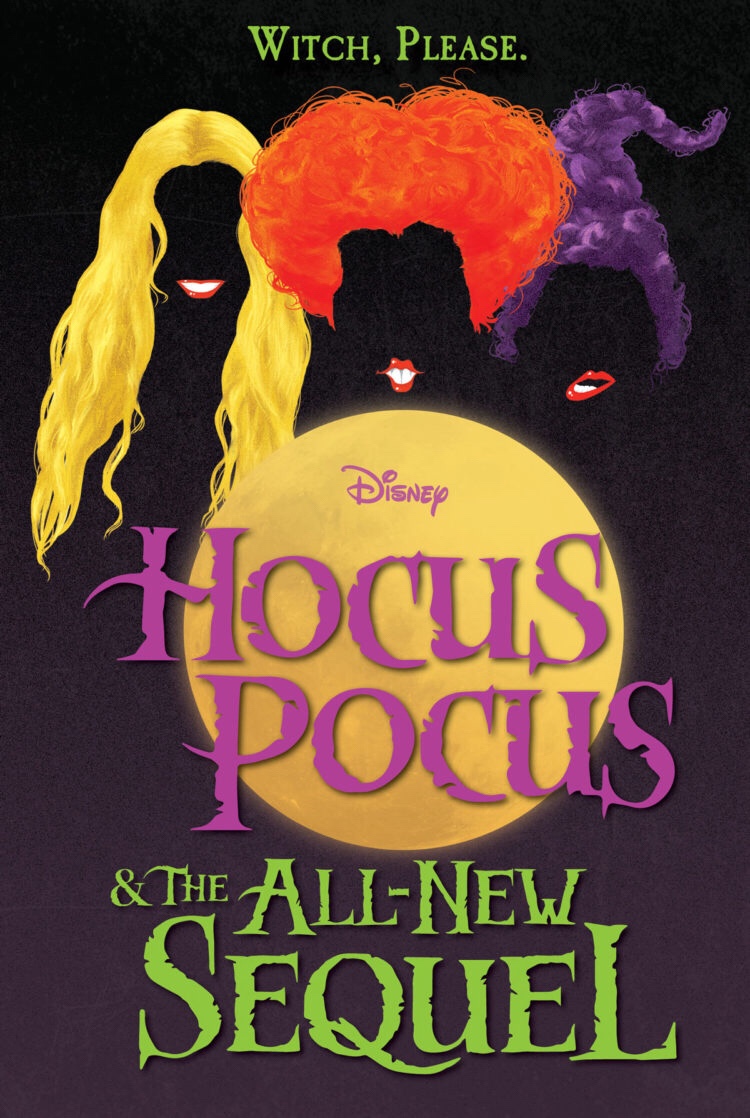 Booo-oook! Come home or make thyself known! A film sequel looks like it’s never gone happen, unfortunately. However fans of the series aren’t out of luck yet.

Just in time for the 25th anniversary, a pair of new books will retell the original story, and then will continue the story.

The official cover art (above) and excerpt was reased by Oh My Disney!

Shortly after moving from California to Salem, Max Dennison finds himself in hot water when he accidentally releases a coven of witches from the afterlife. Max, his sister, and his new friends (human and otherwise) must find a way to stop the witches from carrying out their evil plan and remaining on Earth to torment Salem for all eternity. Twenty-five years later, Max and Allison’s seventeen-year-old daughter, Poppy, finds herself face-to-face with the Sanderson sisters in all their sinister glory. When Halloween celebrations don’t quite go as planned, it’s a race against time as Poppy and her friends fight to save her family and all of Salem from the witches’ latest death-defying scheme.

While the original film was amazing, and featured some amazing performances by Bette Midler, Sarah Jessica Parker and Kathy Najimy as well as Doug Jones, the new books…if popular, could possibly pave the way for a remake and a sequel.

The film has been successfully adapted at Walt Disney World during Mickey’s Not So Scary Halloween Party, as a wickedly fun show.