Is Thomas the Tank and Friends coming to Kennywood Park? 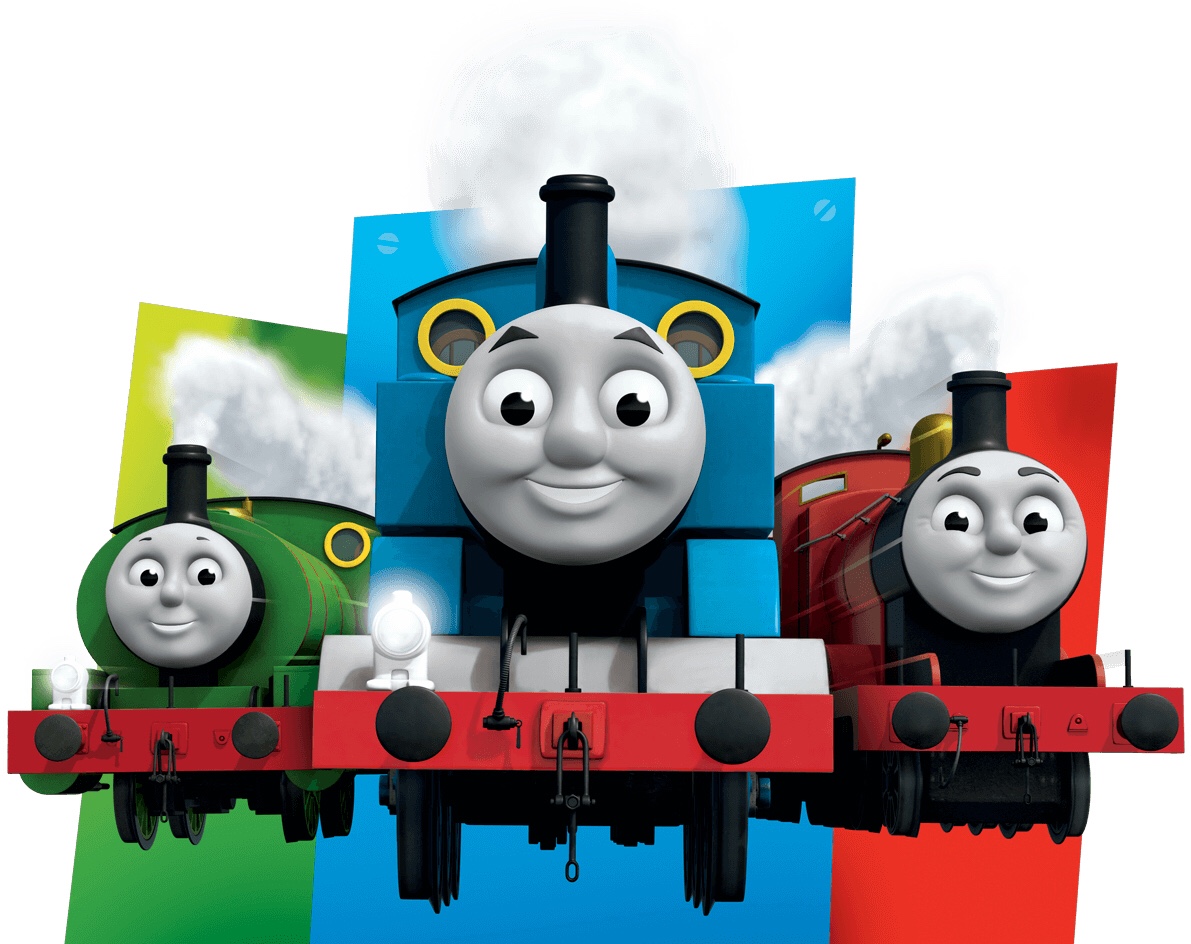 Kennywood Park in Pennsylvania is getting an all new kids park, scheduled for 2018. That much we know for sure, thanks to a press release from parent company Parques Reunidos, but up until this point we had no clue as to what, as Kennywood has been very secretive about it.

Now, thanks to a very avid Kennywood fan, we have a pretty big indication that the park is bringing the international sensation Thomas the Tank to the park.

Last night a reader, calling himself KPFan found a Google alert that went out with a press release on the official site. The alert lead to a dead page, but a cached version of the site (just a few minutes earlier) revealed the full release.

Here’s the screen grab from a cached version of the website: 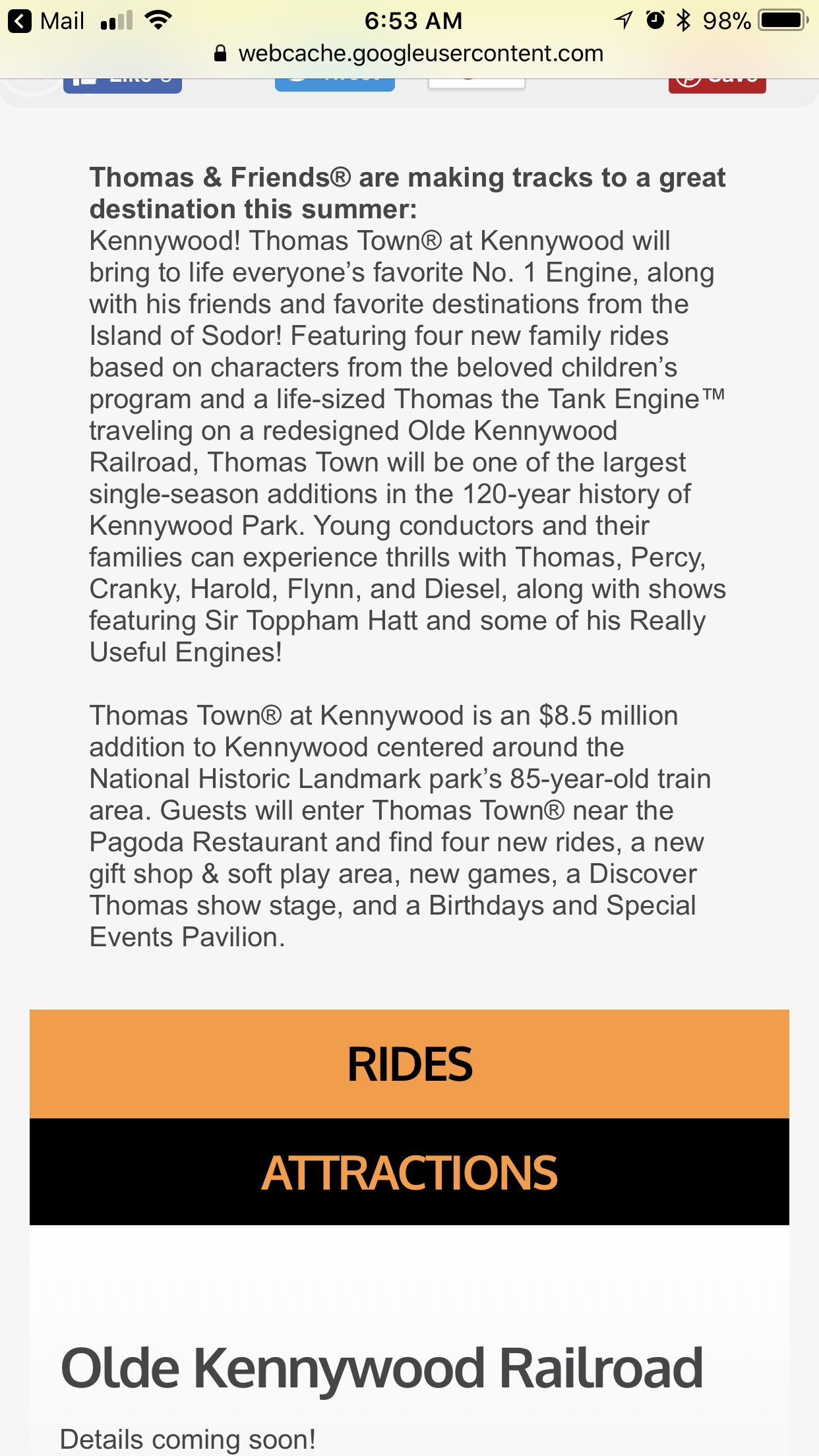 How amazing is that! The park is unveiling four new rides, and seems to be converting the Olde Kennywood Railroad into a life size, rideable Thomas the Tank engine! The $8.5 million dollar investment will feature all the friends from the series including Percy, Harold, Cranky and Diesel. The new area will feature rides, a live stage show, gift shop and more.

With the new area comes four new rides. The website had those listed as well: 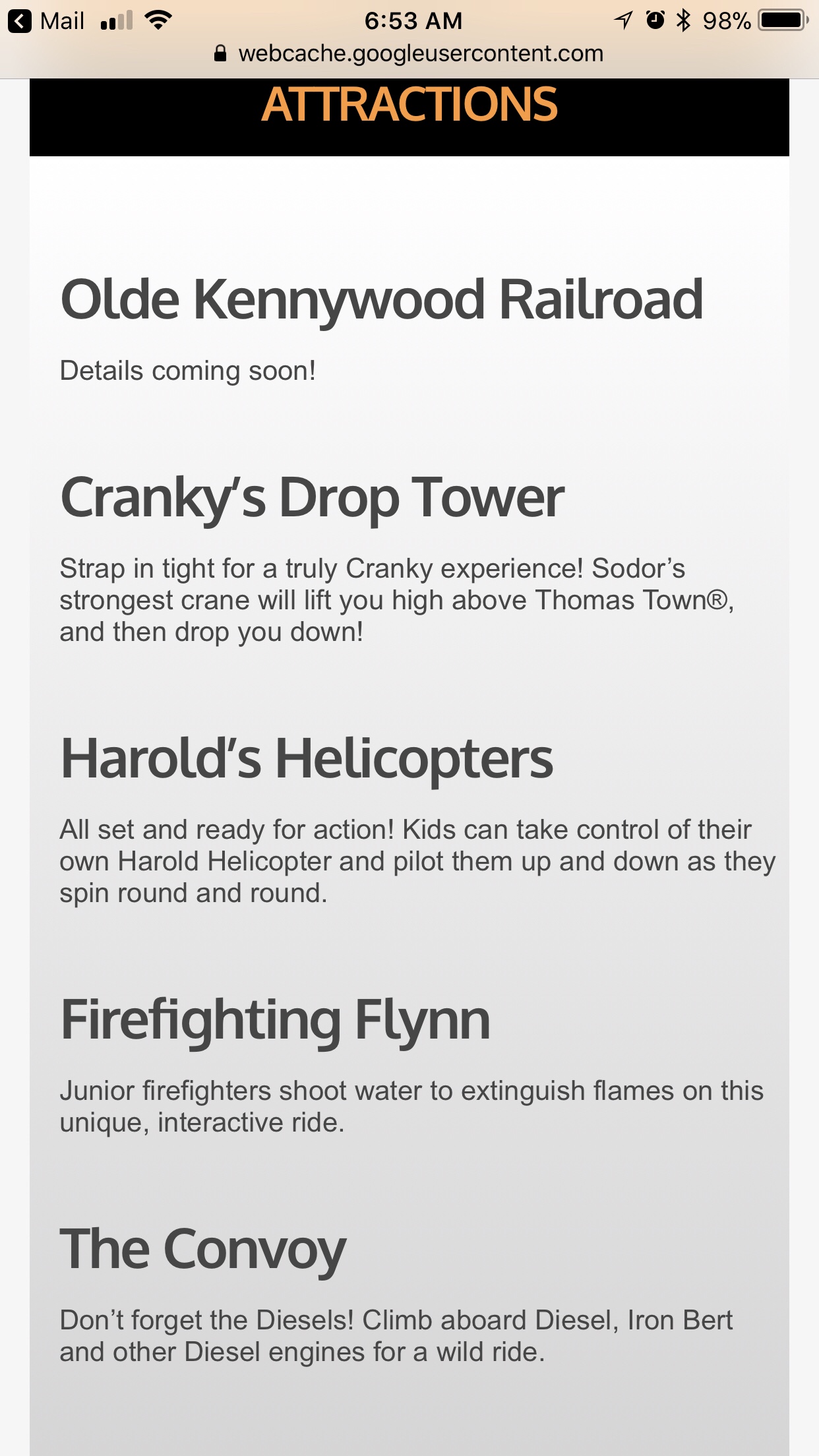 The entire area will revolve around the existing train area, and will feature a new entrance to the land, new gift shop and even a new soft play area.

This is the first big land featuring Thomas the Tank and friends, though the train has been around on television since 1984, and has been a part of a series of children’s books since the 1960’s. It’s a very family friendly show and series with a huge following of kids ages 2-9. The character seems to be an exact fit for Kennywood, which has attractions aimed at families with kids of all ages.

Keep in mind that this just a rumor at this point , and until it’s officially announced, it’s not happening.

What do you think about the new kids area? Will you be making a special trip to Dollywood just to experience Thomas the Train?