Kings Dominion taking the “Rebel” out of Rebel Yell coaster, making more changes in park for 2018

2018 is going to be a huge year at Kings Dominion in Doswell, VA and they know it. They’re opening up the park’s first hybrid coaster with Twisted Timbers, an awesome new Rocky Mountain Coaster Company creation. The new coaster will take riders through an apple orchard with a secret. An unknown force tore through the grove 65 years ago and froze everything in time. It’s going to be a fun new departure for the park, with a wild new ride.

To get into the spirit of the new ride, the area surrounding will be transformed. Candy Apple Grove will get a new paint job, new pavers and an all new plaza that will be home to many of the park’s signature events.

The area will also retheme and remake an existing shop and restaurant. The Dinner Bell will become the Mac Bowl, and will serve gourmet mac and cheese bowls, that guests can create. The Rock Shop becomes “Twist&Shop” and will be located close to Twisted Timbers…and will be a gift shop featuring merchandise for the new coaster.

The park will also rename two of their coasters. First up is the family wild mouse coaster, Ricochet. It will be getting an all new paint job, and themed to the “apple” theme of Candy Apple Grove. The new name will be Apple Zapple.

The second is the legendary Rebel Yell, which is a racing coaster that opened in 1975…43 years ago. The new name, as listed above is Racer 75.

Yeah. Doesn’t make sense to me either, but if you’re trying to tribute the organization that has kept your coasters rolling for those 40 years, the very organization that is for the preservation of classic coasters, wouldn’t you keep the original name? I mean, I’m sure some egos will be stroked, and good for them…they are made up of a group of fans dedicated to their passion for coasters. But if you truly want to tribute this organization, keep the name the same.

And if you want to get technical (and enthusiasts are all about technical) the people who started ACE, Roy Brashears, Paul Greenwald, and Richard Munch, met at Kings Dominion during a promo event for the movie Rollercoaster. The promo was held on Rebel Yell in 1977.

The next year, in 1978 a roller coaster event was held at Busch Gardens Williamsburg. It was after THAT event that ACE was officially founded. So while it’s fair to say that Kings Dominion and Rebel Yell played part in the forming of ACE, it’s Busch Gardens who deserves the credit for the true origins.

But let’s talk about the politically correct elephant in the room.

Now, Kings Dominion has given their reason for the rename, but let’s call it what it is. They are preemptively pushing the “Rebel” out of Rebel Yell. While I’m completely against censorship, and changing things to avoid people being butthurt, renaming Rebel Yell doesn’t rank up there in offending things.

Seriously, it’s a coaster. It’s not a historical monument, it’s nothing that holds educational historical value in the forming of this country, and the name change doesn’t have a profound effect on the ride itself. Honestly! Name changes are okay if you’re just trying to save the hassle of someone forming a boycott, because your once proud name is now being linked to racists.

That’s the real reason behind the name change. Kings Dominion wants to avoid controversy that might cost them tourist dollars. I get that. But if that’s what you’re trying to do, then own it. Don’t blow smoke up our asses, and don’t claim to do it to honor a fan group. It’s insulting.

Let’s jump to Dollywood. They changed the name of Dixie Stampede to Dolly Parton’s Stampede. They’re trying to appeal to as many people as possible, and Dixie conjures bad feelings in a large part of the audience that they want to cater to. They changed the name because they didn’t want to be deemed insensitive. Whether you agree with the thinking or not, you have to admire Dollywood for owning it.

Kings Dominion isn’t owning it. Instead they are doing it as a tribute to ACE. If I know the members of American Coaster Enthusiasts, there are quite a few members who are pissed off at the changes. Sure, some will be honored…but that’s the exception. I could be wrong! But still, Kings Dominion really seems to be hiding from this issue.

Honestly, it doesn’t matter what you name the coaster, just admit to the reasons for renaming it. Is that so hard?

To end on a positive note, the coaster will continue the preservation process and will have several pieces of track replaced. As it should be. It’s a classic and needs to be preserved.

Still, I always thought that it was named after the Billy Idol song anyway.

Honestly if I was Billy Idol, I’d be pissed, and would want a proper send off. Can we say Billy Idol concert in the park? 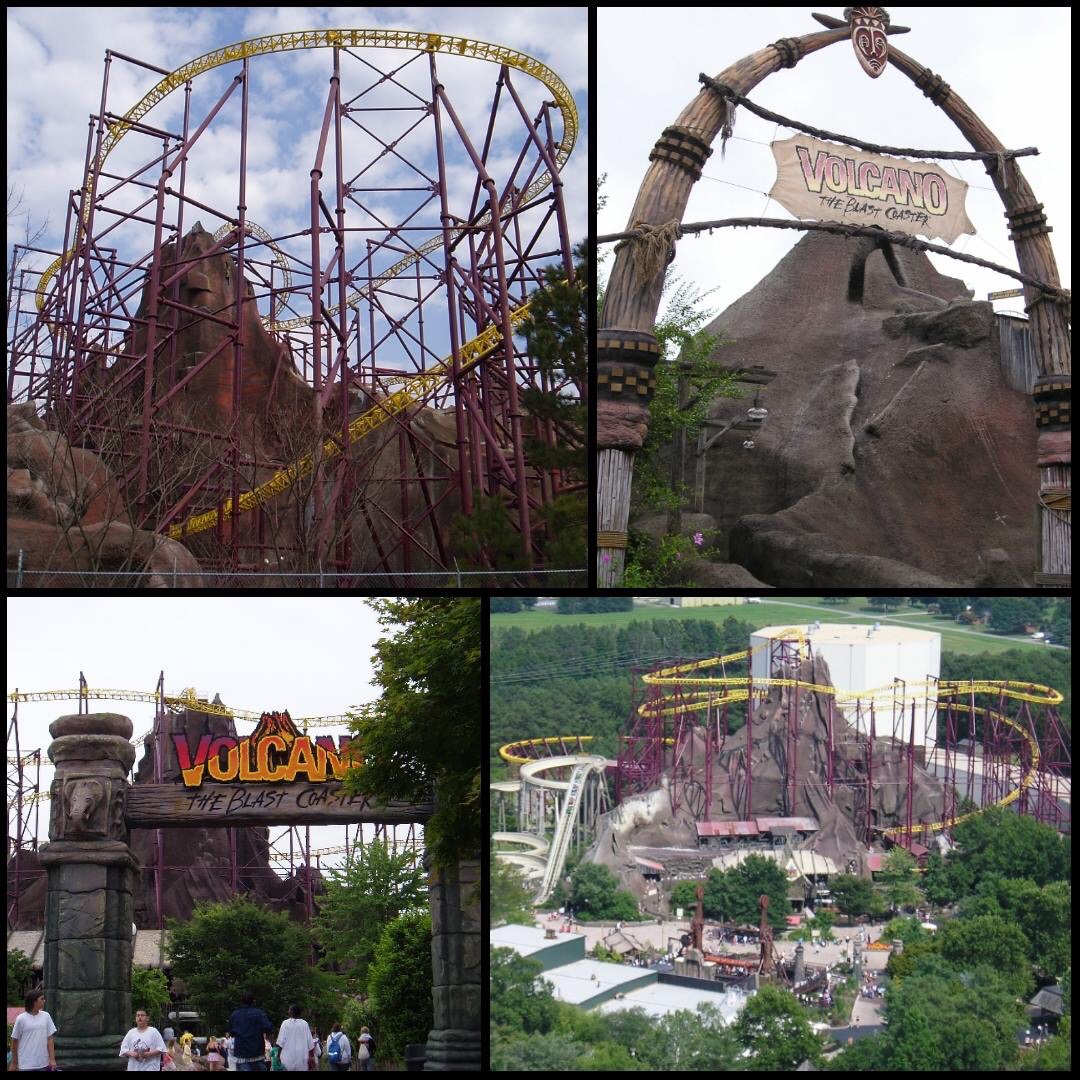