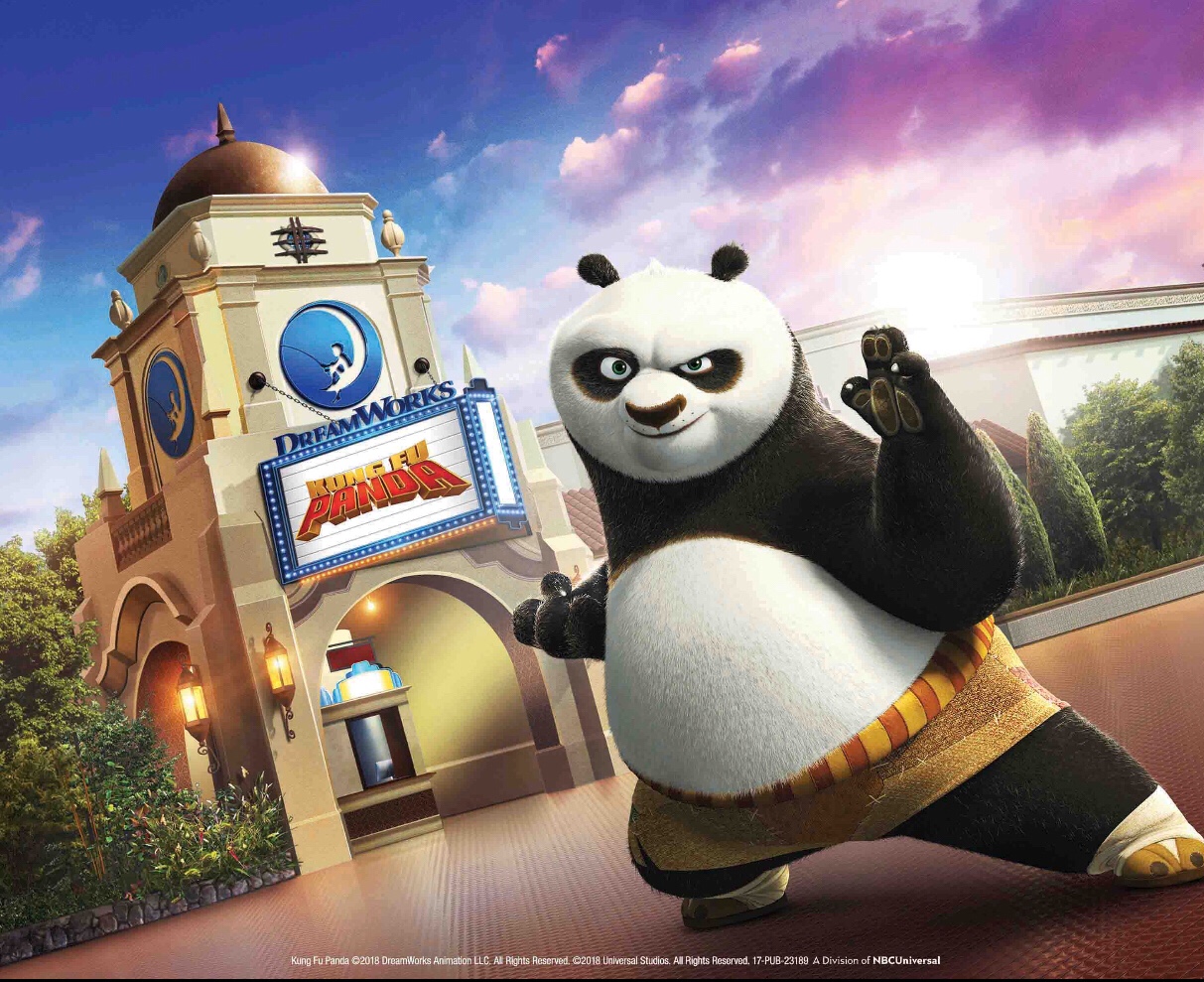 The Dragon Warrior is getting ready to unleash a can of the universe at Universal Studios Hollywood, as the new attraction Kung Fu Panda: The Emperor’s Quest is slated to land this summer!

The all new attraction will see the former Shrek theater taken over as the new DreamWorks Theater. It will feature different films, but the first is the all new Kung Fu Panda Adventure. Guests will see amazing new details as the theater will be the first ever to integrate interior projection mapping to create a 180 degree immersive experience.

The film will use seven Christie 4K Boxer Cinema Projectors and 360 degree surround sound audio, to bring the entire world of Kung Fu Panda to life. There will also be amazing wind and water effects, as the entire theater is immersed in the projections and story.

Speaking of story, the new attraction will feature a story crafted specifically for the new theater, and will have Po enlisting the help of the audience. Guests will go along to the Palace of the Emperor on a perilous quest filled with raging rapids, river pirates and KUNG FU! You will have to help Po deliver the Liquid of Limitless Power to the Emperor, just in time for the Emperor’s Feast of Great Heroes!

Here’s some other fun facts about the new attraction:

The new attraction will arrive this summer! Our favorite part is that the new theater will incorporate characters from other DreamWorks films, and will even include Pinnochio from Shrek!

Stay tuned for more on Universal Studios and theme park events and get social with us on Facebook and follow along with us on Twitter @BehindThrills for the latest updates!