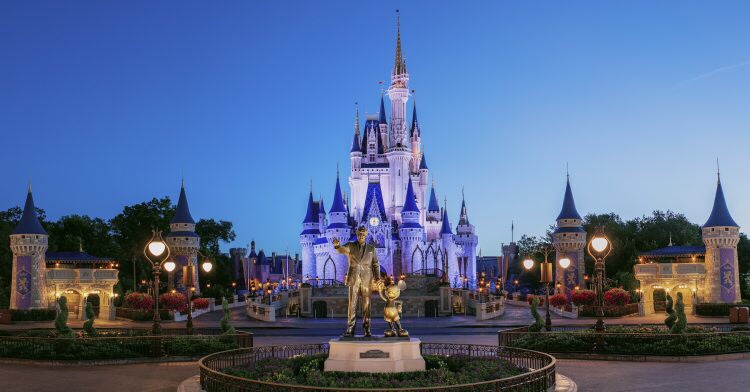 It’s been nearly one year since the last price increase at Walt Disney World Resort, indicating that the prices will increase once again this upcoming month. In fact, our sources have told us to go ahead get your tickets now, because prices could go up as soon as Sunday, February 11th, 2018.

Rumors are circulating among insider circles early last month of pending price increases to Walt Disney World, since the price increases were nearly one year ago. While the rumors haven’t been exact on details about what the prices will be, we are currently expecting them to be about the same to increase as we’ve seen over the past few years. Since Disney’s start to on-demand pricing tiers in 2016, we have seen that prices have gone up after the fact by nearly consistent amounts, but will that hold this year?

We are currently expecting to see the on-demand pricing tears to increase by nearly the same amount over the last few years which is been nearly 3%. If we follow the same pricing increases over the past two years we could see the Magic Kingdom staying at $124 or finally nearing $130 while the other parks are expected to with the new pricing hover around $120. But with Disney rising the prices of the single day tickets, will the prices on multiple day tickets increase as well?

Price increases on the multiple day tickets are possible since the tickets are actually cheaper now than what they were 2016. However, since Star Wars: Galaxy’s Edge is expected to open in 2019, and Toy Story land this year, it would only make sense for Disney capitalize on these openings and have ticket prices increase on the multiple day tickets. Add in the fact that Disney is seeing flat profits across every other aspect except their theme parks, and yeah now seems like the perfect time for a huge increase in multi-day tickets.

If Disney is to increase prices on multiple Day tickets, we can expect them to go back to the prices from 2016 if not a few dollars more.

While annual pass holders usually don’t get affected by the price hikes until later in the year, there’s a possibly it could happen sooner. Disney raised annual pass prices in the spring of 2017 as well. We could see a similar hike in 2018 too as Disney will want to again capitalize on the grand opening of Toy Story land this year and the grand opening of Star Wars land next year. Rumors have it that some annual passes could see upwards of a nearly double-digit percentage increase in their pricing with the renewals seeing around the same exact rises as well. Our rumors put Platinum Passports up near an additional $80 dollar increase, while Gold and Silver could go up as much as $30.

Ticket prices are an annual tradition, but the Disney Parks have announced a huge slate of new attractions such as the Guardians of the Galaxy coaster at Epcot, Tron Coaster at Magic Kingdom and of course the site to be juggernaut that will be Star Wars: Galaxy’s Edge.

Of course with a Walt Disney World ticket increase, it’s also likely to see an increase in tickets to Universal Orlando as well, who traditionally follows the Disney pricing increase. That usually happens about a week or two after the Disney increase.

Of course many will complain about the ticket prices, but that doesn’t seem to be slowing attendance down any time soon.