This past week Hello Kitty, the iconic character from Japan made her debut at Universal Studios Hollywood with the grand opening of her new store within the entryway of the park. 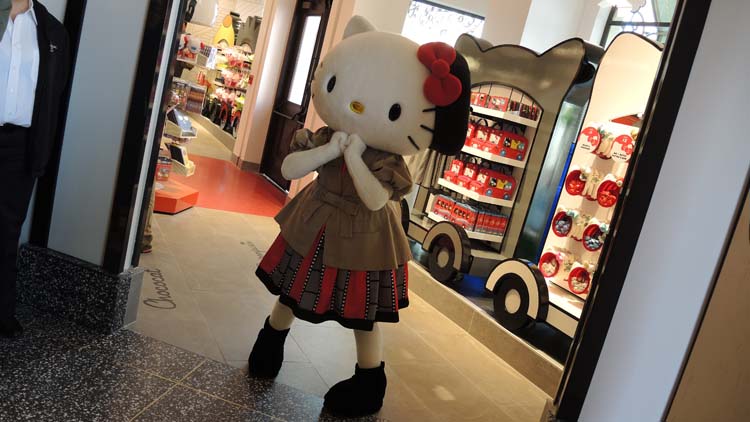 This is the 2nd Hello Kitty shop to open up at Universal Parks in the US. The first opened in Orlando just a few years ago and featured very similar flare. The Hollywood version naturally focuses on the Hollywood side of the Kitty who now dawns an adorable French-inspired directors outfit and meets guests each day. The interior of the shop is quite small but very well themed, a very similar feeling to one of the shops inside of Hogsmeade. 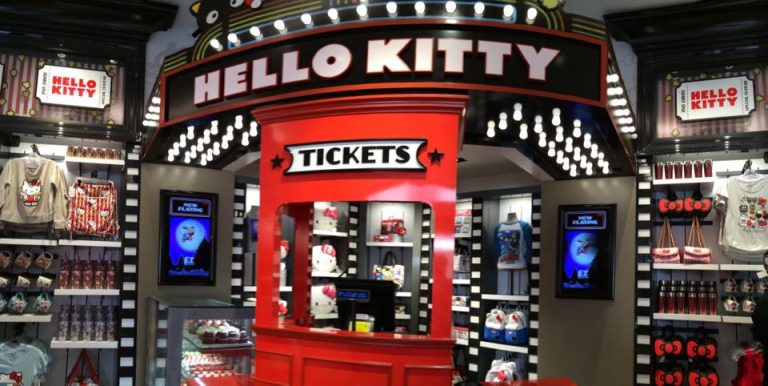 Each side of the shop is adorned with a Hello Kitty Bow, one of these sides features an elaborate replica of the outline of her iconic face! So cute! 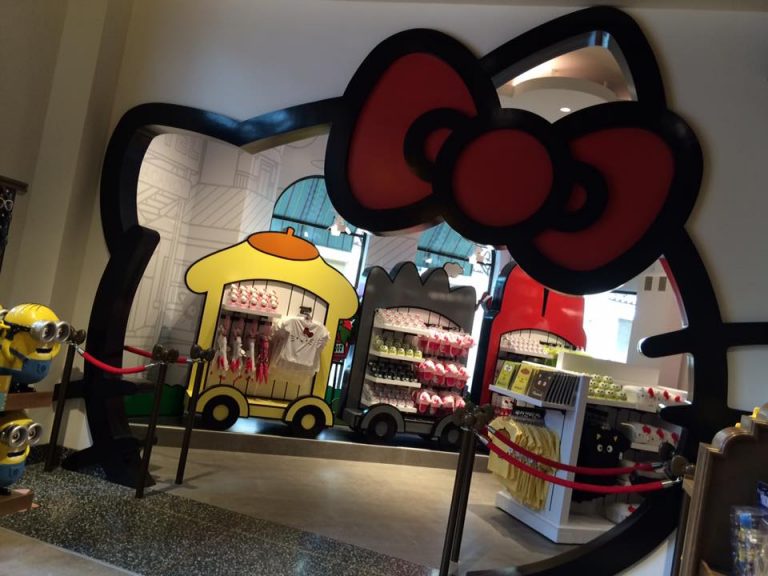 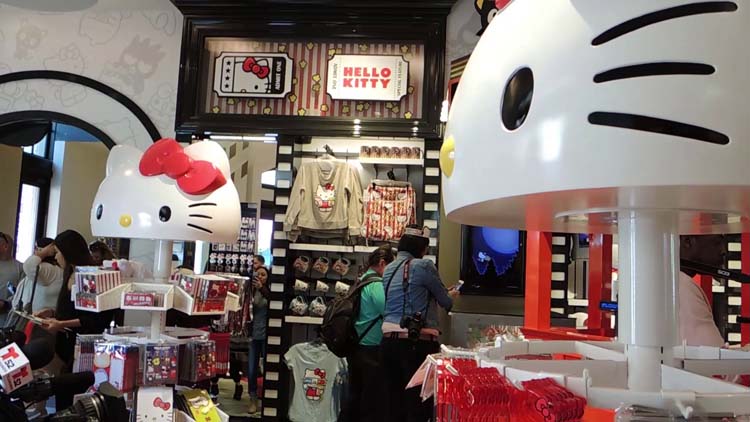 You’ll also find some of the best merch inside of Universal Parks within this store. An adorable mix of Hello Kitty and classic Universal movies mixed together, if I could afford it I would get one of everything. 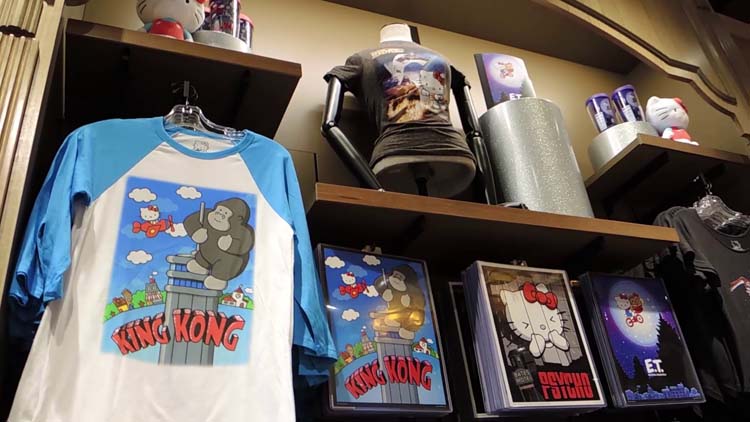 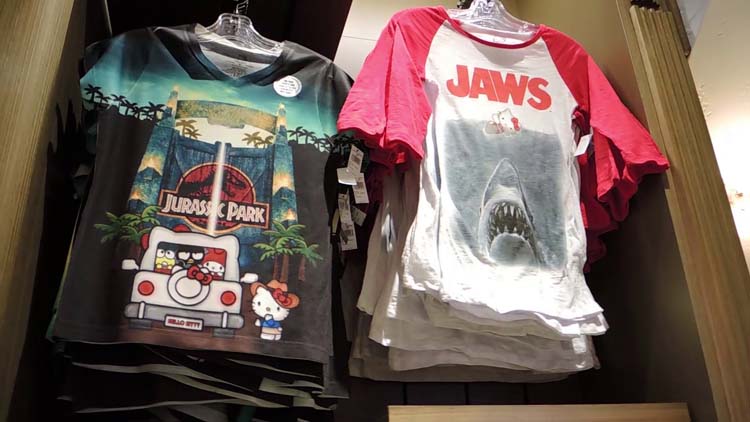 Another small but awesome addition to the store is a small selection of Hello Kitty inspired baked goods such as cupcakes, fudge, caramel apples, your typical theme park sweets with a bit of Hello Kitty magic. 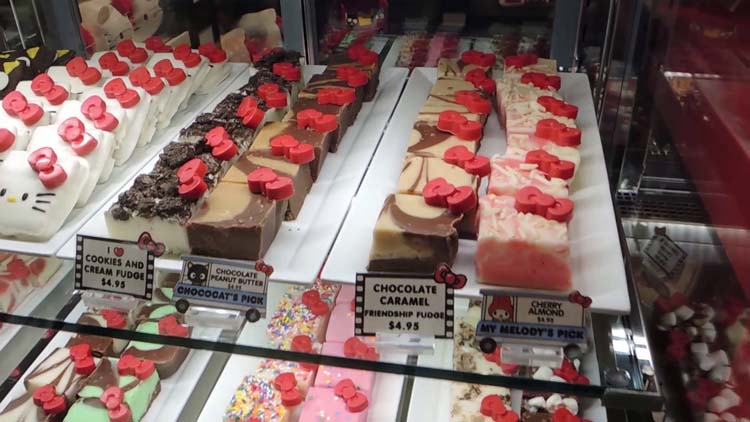 We think this makes a great new addition to the park, and a wonderful taste of Japan to hold us over until Super Nintendo World lasts in the unforeseeable future. 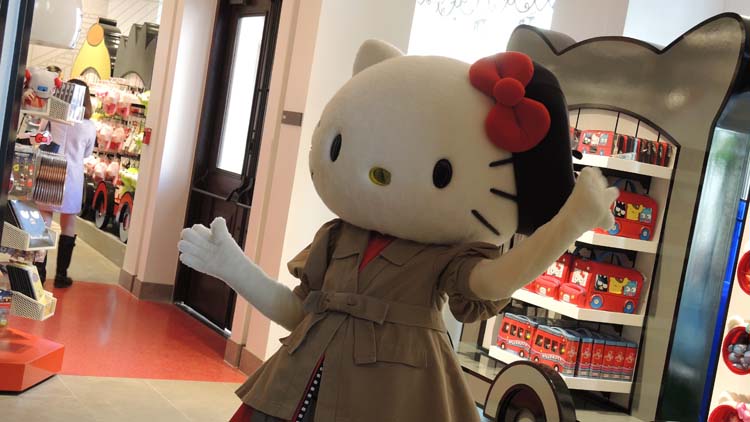