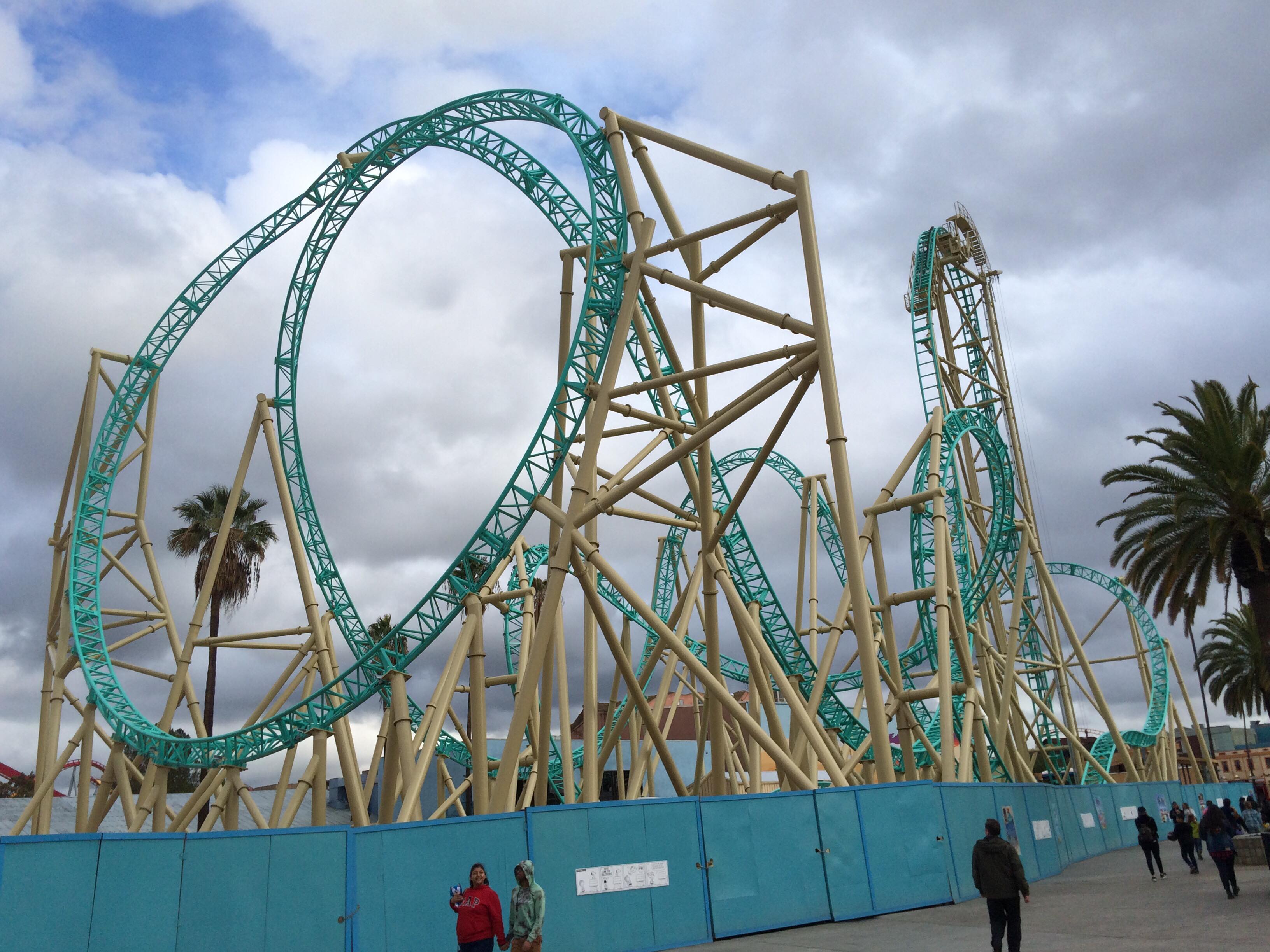 The park’s last major coaster was Silver Bullet in 2004. The coaster is made by Gerstlauer, and marks the first dive coaster on the West Coast, and the first Gerstlauer for Cedar Fair.

Let’s take a look at the new coaster in action.

Video-Watch the first test of Hang Time at Knott’s

The coaster is epic, as it uses the Gerstlauer Infinity Coaster concept to stick true to the HangTime name. The coaster has two epic stalls after it climbs 150 feet up the vertical lift hill. It goes through five inversions, including two stalls. There are three trains, each with four rows, seating four in each row, for a total of 16 riders per train. Each train will have two “modified” seats allowing for larger riders to ride. 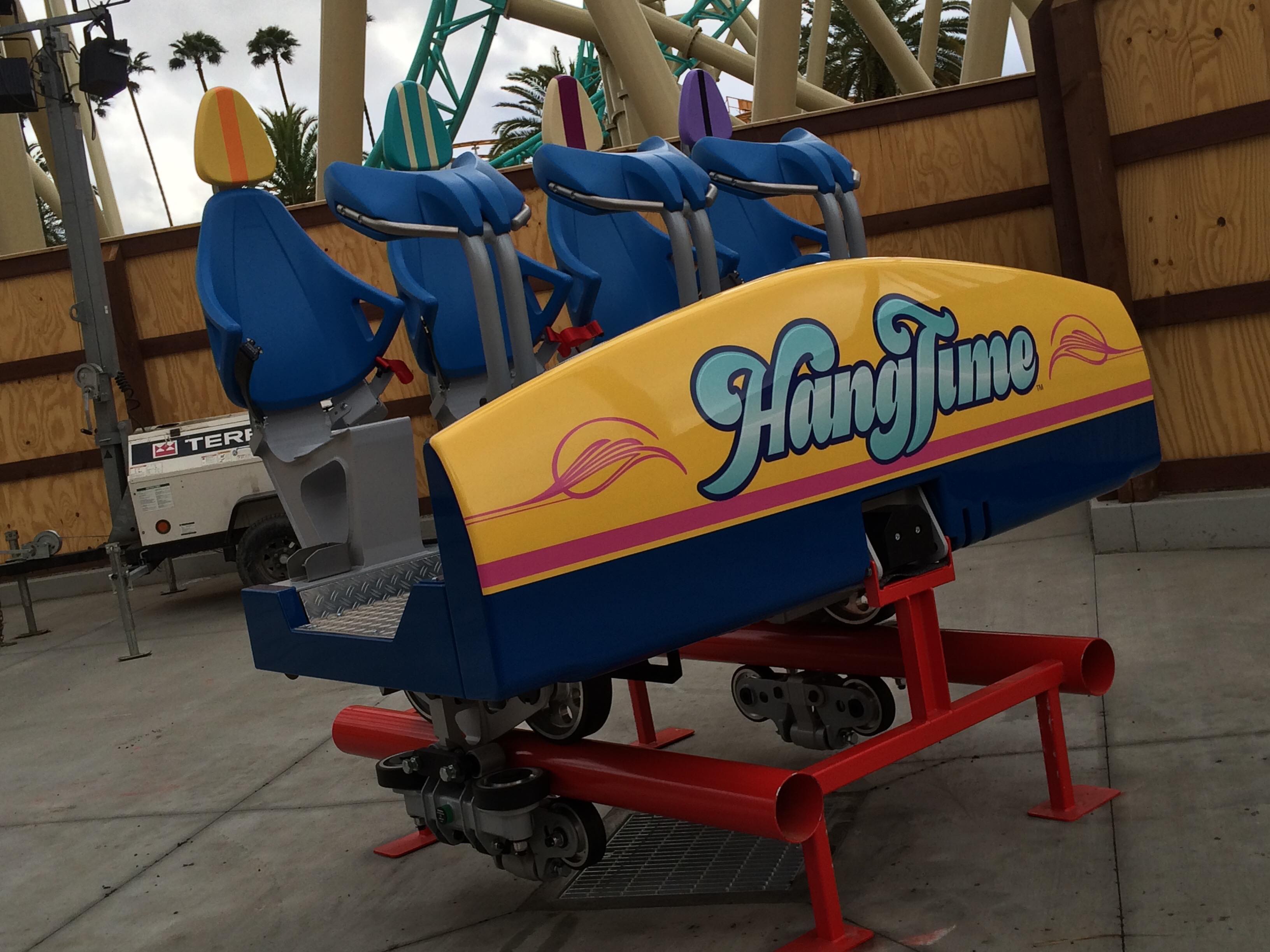 The new coaster replaces Boomerang, and will be open early summer! The new coaster will top off an amazing year that will start with an expanded Boysenberry Festival, which kicks off March 16th.