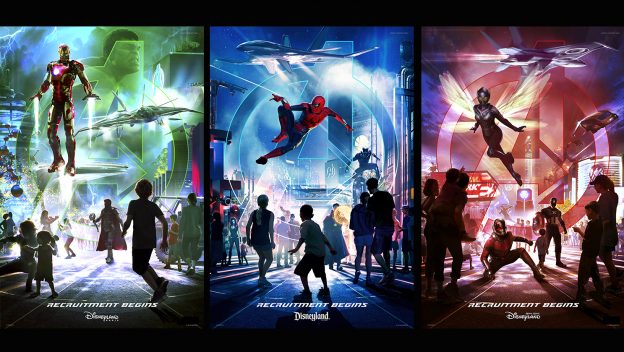 All three additions had been previously announced with little to almost no new details on the areas when it was announced. We’ll today we finally have a better idea as to what we’ll be seeing as early as 2020 at the three resorts. We now have a slightly better (though still cloudy) idea as to what these lands will each include. Starting with Disneyland: 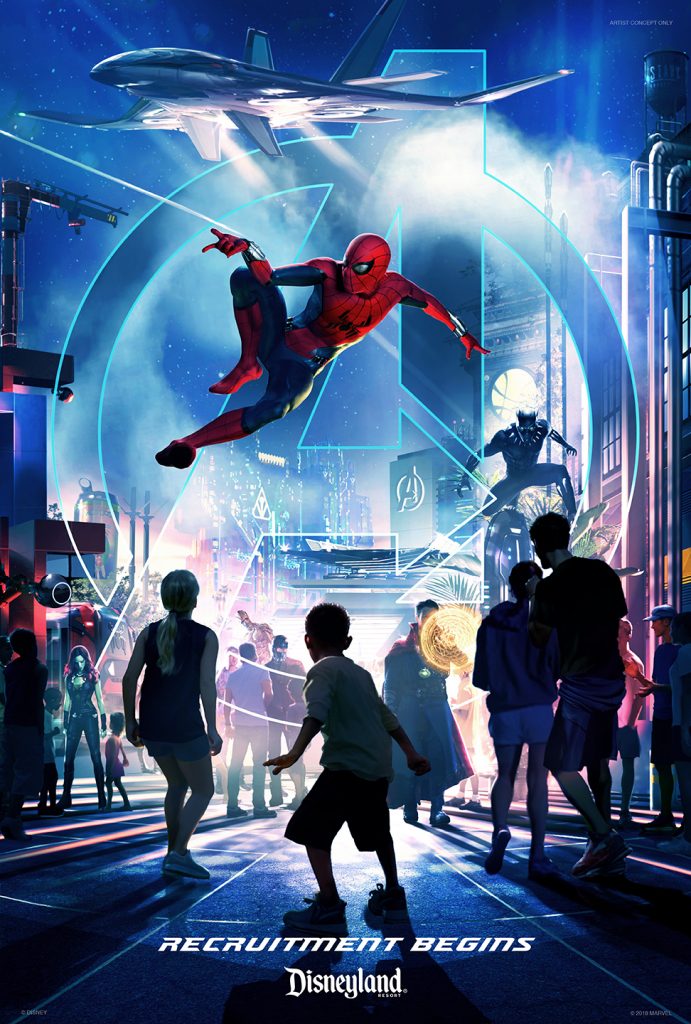 At Disneyland Resort, the new Super Hero-themed land will begin recruiting guests in 2020, with even more new experiences to follow. The Guardians of the Galaxy will be joined by Spider-Man and the Avengers in what will become a completely immersive Super Hero universe, furthering the evolution of Disney California Adventure park. This new land will be anchored by the popular Guardians of the Galaxy – Mission: BREAKOUT!, in the adjacent space that is currently occupied by “a bug’s land.” “It’s Tough to Be a Bug” closed March 19 to make way for this new heroic experience; the rest of the land will close in late summer.

The announcement is bittersweet as It’s Tough to Be a Bug had closed for good with little to no fanfare just yesterday. I am personally sad that I don’t have the chance to see that fantastic show just once more. Also featured in the artwork is Dr. Strange, Black Panther, and a possible retheme to the Red Car Trolleys. The announcement also mentions more experiences to follow post-2020, so it’s safe to assume this isn’t the final announcement for California. 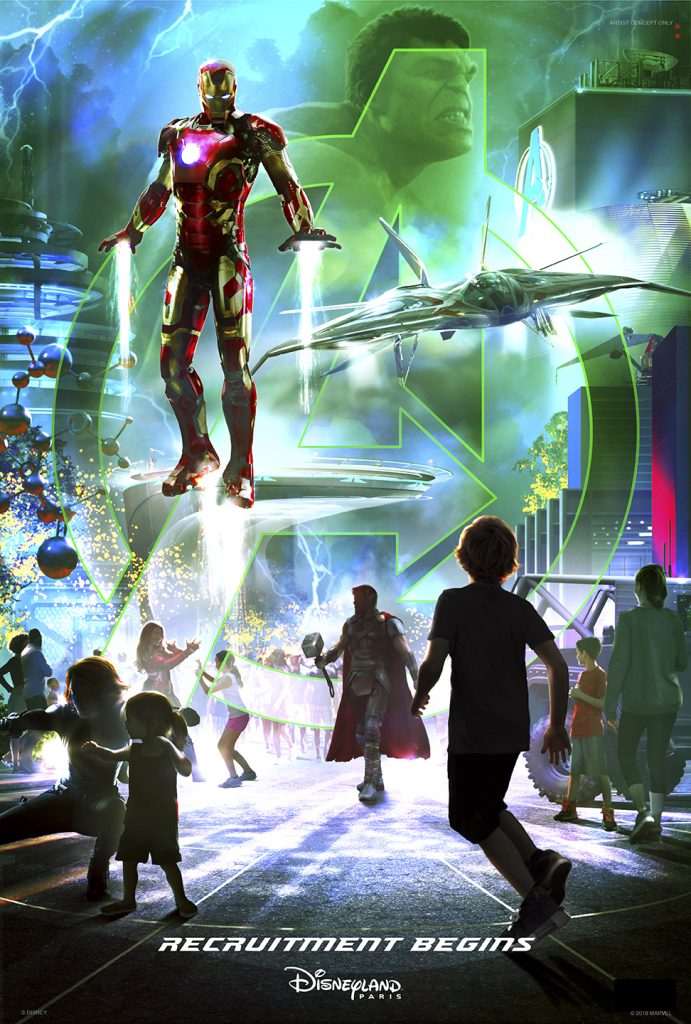 As part of the transformative multi-year expansion announced for Disneyland Paris, the new Marvel-themed area at Walt Disney Studios Park will include a reimagined attraction where riders will team up with Iron Man and their favorite Avengers on a hyper-kinetic adventure in 2020. This will follow an epic experience launching this summer, when Disneyland Paris hosts Marvel Summer of Super Heroes from June 10 to September 30. Favorite heroes will take the stage for a brand new, live-action super-production featuring cutting-edge special effects and spectacular projections.

Other characters featured in the artwork include Thor, The Incredible Hulk and Black Widow. 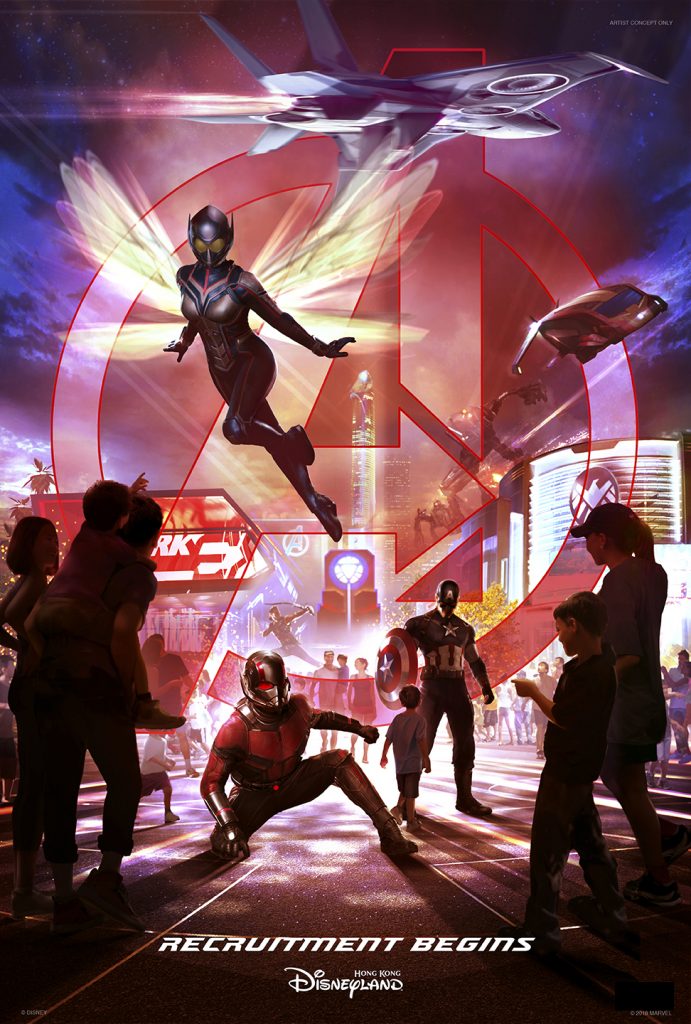 Multi-year expansion plans are also underway at Hong Kong Disneyland, including a new themed area that will include an exciting attraction where guests team up with Ant-Man and The Wasp. This new attraction will join the Iron Man Experience, which opened in 2017 and is already the most popular attraction at the resort.

The soonest of the lands will be Hong Kong, their Iron Man Experience attraction opened early last year and the new Ant-Man retheme of Buzz Lightyear is expected to open later this year.

What do you think of these announcements? Apart from Guardians of the Galaxy coming to Epcot, no other Marvel plans have been announced for Walt Disney World.