In just under 30 days, the next runDisney event of the year will kick off at Walt Disney World. From April 19th until April 22nd, the Star Wars Half Marathon Weekend – The Dark Side will take place. The weekend features an Expo and three races: 5k, 10k, and Half Marathon distances.

With less than a month to go, runDisney has released the maps for each race course. 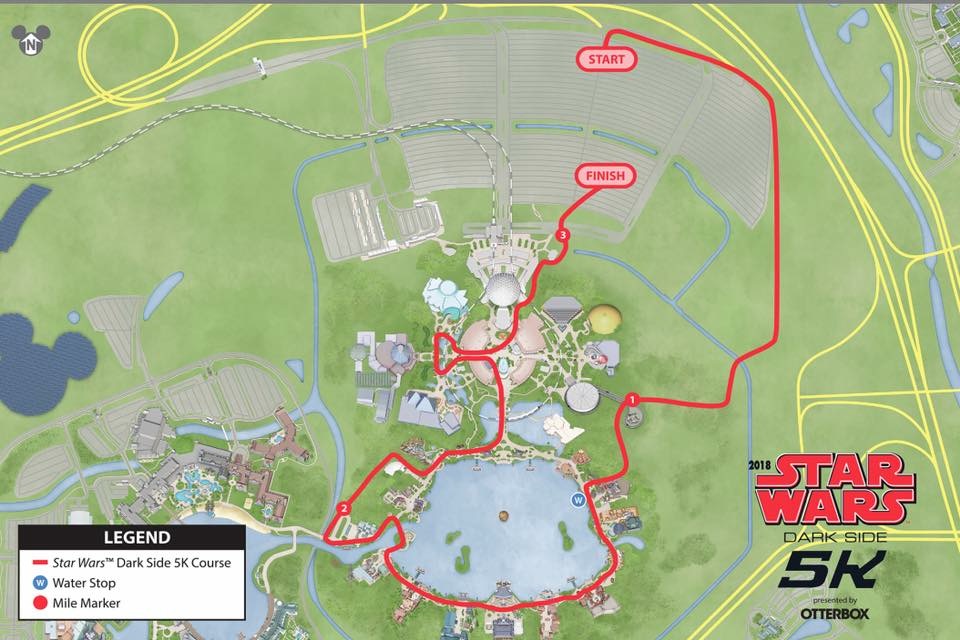 The 5k features Epcot. The race will begin in the Epcot parking lot and take runners into Epcot near Mexico. Runners will travel (quickly) through the World Showcase where they will head back to Future World and run right past Spaceship Earth before heading to the Finish Line. The 5k will have one water stop. 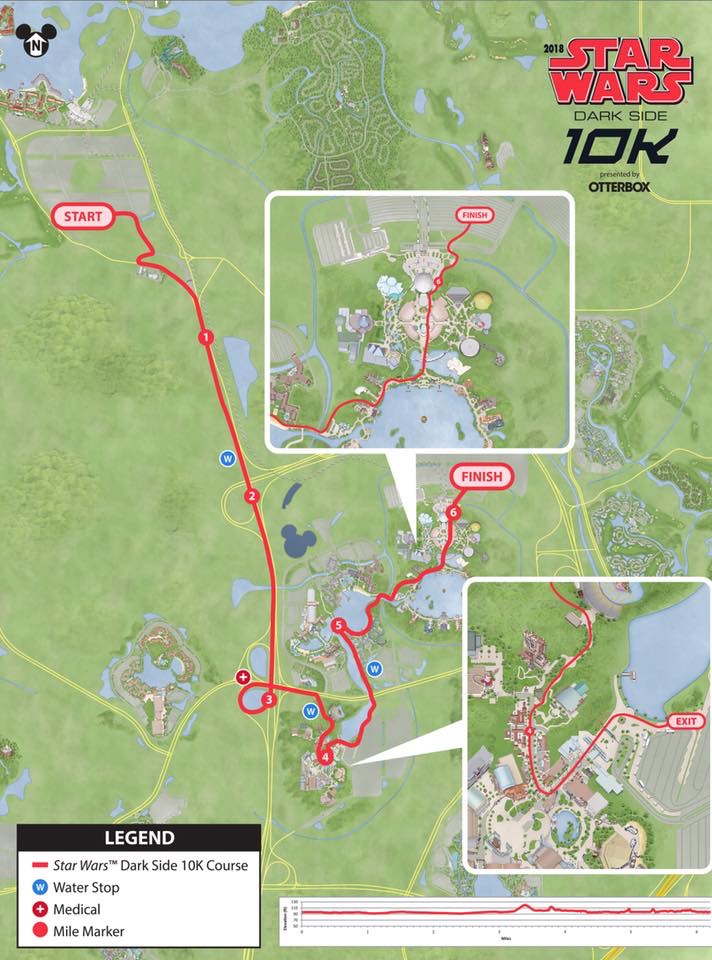 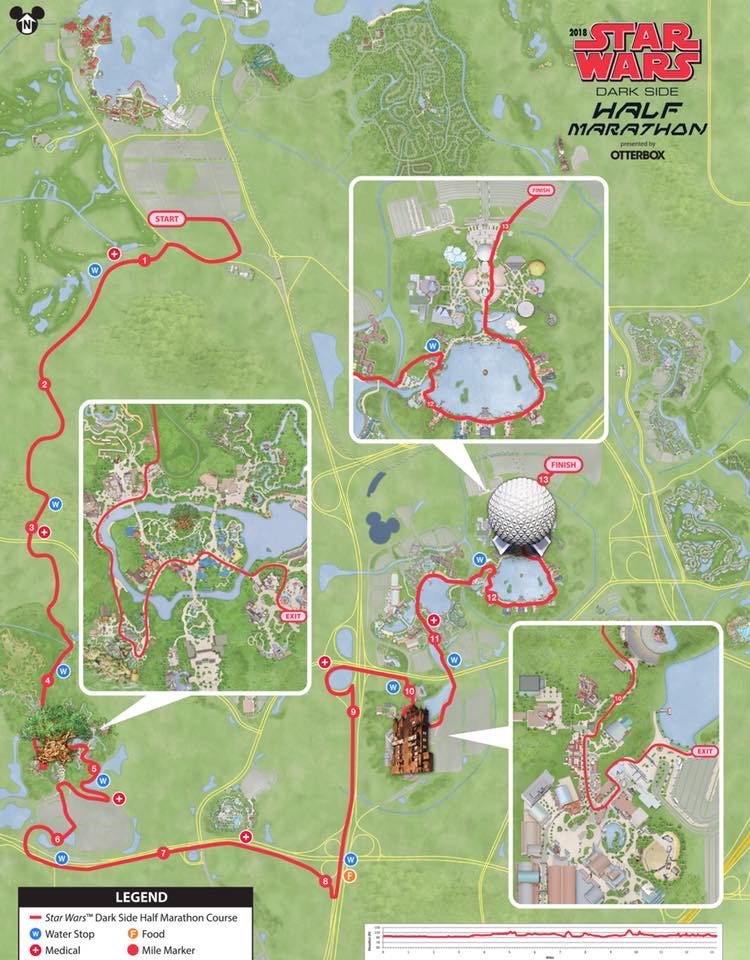 The Half Marathon, like the 10k, will start in the Magic Kingdom parking lot. It will take runners toward Animal Kingdom through Pandora. Then runners will head through Hollywood Studios and Epcot where they will finish in the Epcot parking lot. The Half Marathon will have nine water stops, one fuel stop, and six medical stations.

Registration for the First Order Challenge (10k and Half Marathon) and the Dark Side Half Marathon are still open. To register, visit runDisney’s official website.

To read up on the entire event guide, it is available by clicking here.