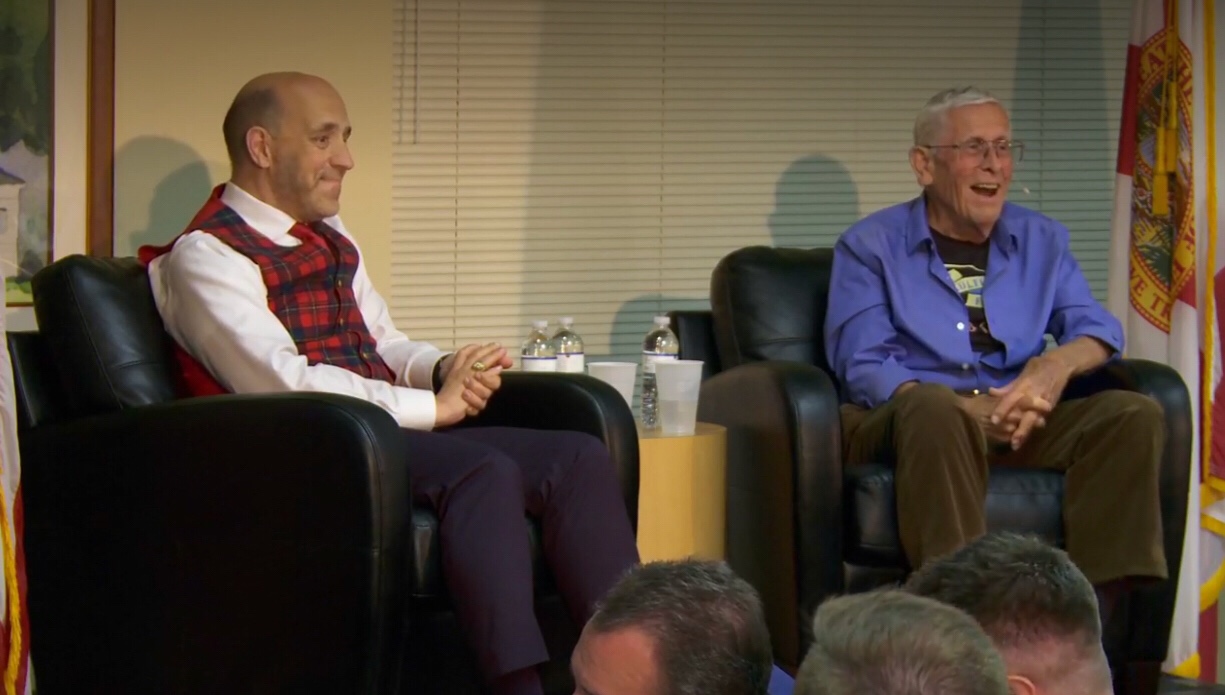 In a Facebook Live session, and Q&A with fans, Disney Imagineer and Legend Bob Gurr told tons of great stories and answered loads of fan questions. The talk was part of a special event “Walt Disney: Master of Dreamers”, that was completely sold out. The panel was a special event to benefit Give Kids the World.

During the final few minutes of the panel, the question was asked “Do you think we will see a new monorail system at the Florida Parks (Walt Disney World) within the next three years?”

Bob Gurr replied with a pretty resounding yes. “Machines do not last forever, and typically in the transportation industry we design them for 20 year service.” Gurr responded “We’re closing in to the 30th year of service there”.

He then jokingly referred to the monorail as the “duct tape monorail”.

“There are contracts underway, you will see them,” Gurr concluded to a round of applause. “If everything works right, it will be built by bombardier, the same company that did them in 1986.”

So, that’s pretty big news. The new monorail system has been long rumored to be in the works for the resort, and contracts were discovered earlier this month by WDWNT, but this is the first time that it’s actually been confirmed that new monorails are indeed happening.

The monorail system has been in the news and spotlight lately, as several breakdowns have occurred in the past few years, and a post to Twitter showed the line between Epcot and the Magic Kingdom having parts fall off of it, and the door opening while the monorail was moving.

The opening doors prompted new warnings on the monorail cars for guests to not lean on the doors. To say that the monorails are in need of a big redesign and overhaul is an understatement.

In recent months, the resort has even looked at new transportation options, including the “Minnie Van” Lyft based service and the upcoming Disney Skyliners, which will transport guests via cable car gondolas.

What do you think of the new monorails? Is it about time or will you mis the current version?