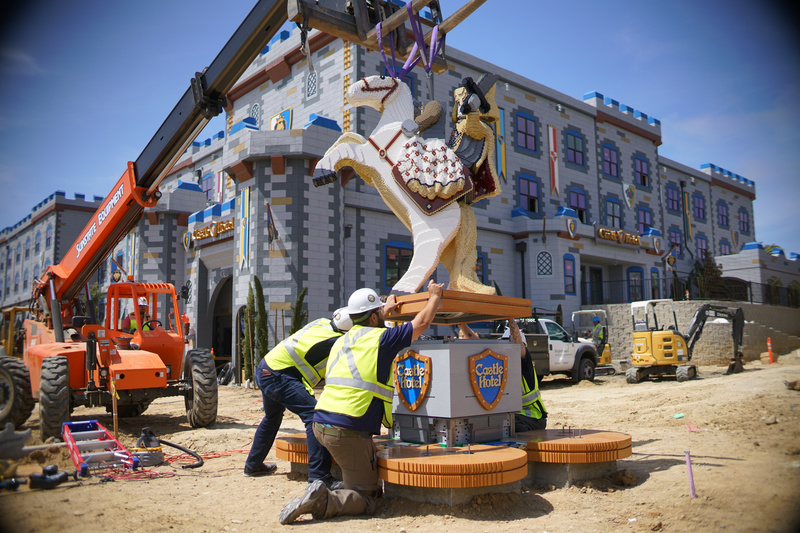 It’s a stay fit for a King, queen, jester…well, all of royalty. The all new Legoland California Castle Hotel will be open later this year, and in preparation the largest of the all the 2,000 Lego models has been installed.

Guests at the new Castle Hotel will be greeted by the huge new statue, which features the King, Queen,  jester, knight, wizard and princess. It took more than 1200 hours to create and is made out of more than 250,000 LEGO bricks. The Royal Statue is one of the final Lego models being put in place. The hotel will feature 2,000 new models, including an army of dragons looking down on guests. 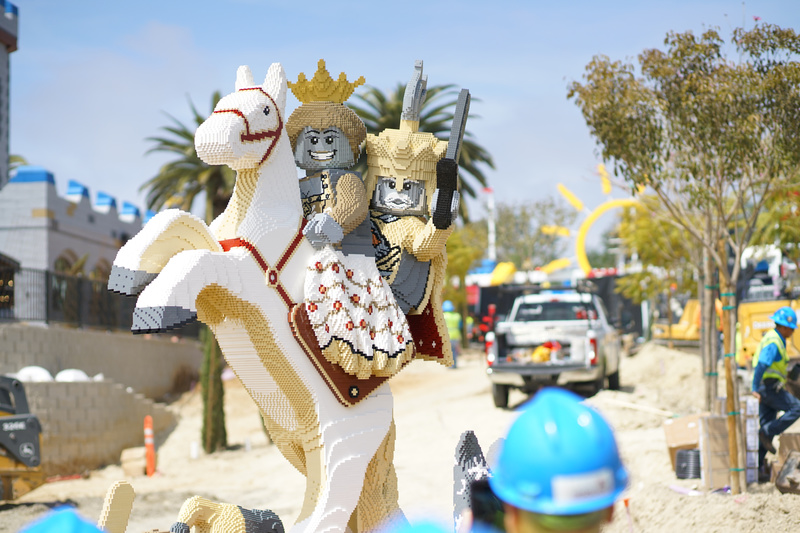 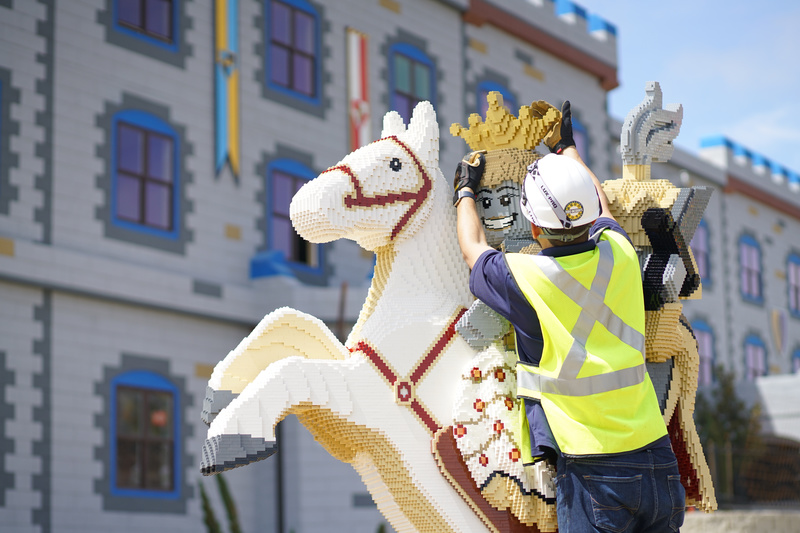 On top of all this, the Legoland Castle Hotel is hiring 250 squires and knights to work at the all new hotel.Servers, bartenders, cooks, managers, bussers and more are being hired right now for the Dragon’s Den Restaurant and interested applicants can apply at www.LEGOLAND.com/WorkatCastleHotel LEGOLAND Castle Hotel officially opens to the public on April 27, 2018.