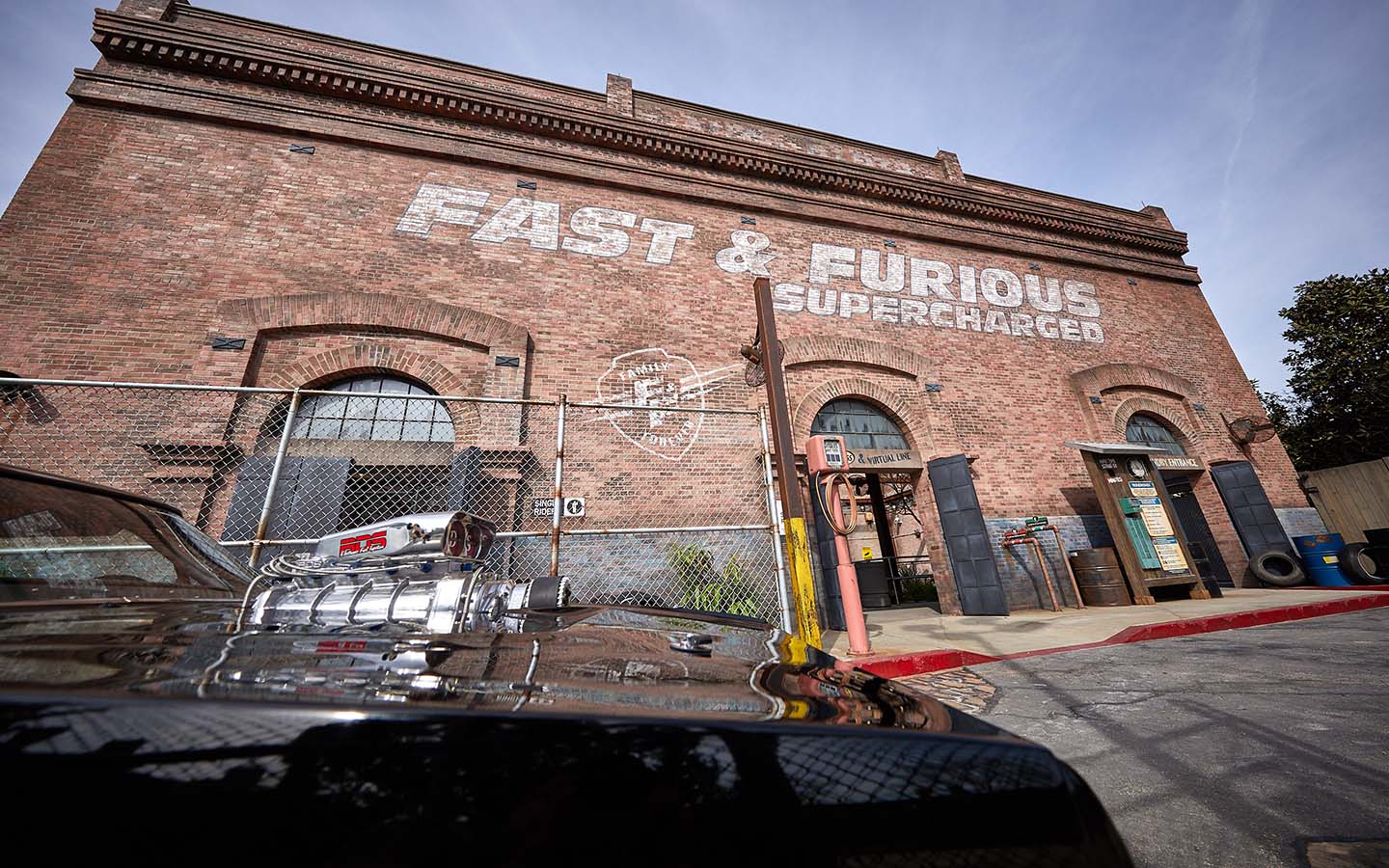 From the get go, guests will walk into the garage where they will experience the next generation in Universal’s “Virtual Line” system. Guests won’t have to wait in line as they explore the garage, see Dom’s car parked out front and walk through Tej’s War Room, where the latest in high tech gadgets are being employed.

Check out more pics in the gallery below:

Here’s what we know about Fast and Furious so far:

There is no opening date as of yet, but we expect to see the ride before June, with technical rehearsals starting sometime before Memorial Day.

Want to get a peek at what to expect? Check out the full video from Universal Studios Hollywood.

Voodoo Donuts has come to CityWalk, and later this year, guests will be able to stay in the newest on-site resort, Aventura Hotel.