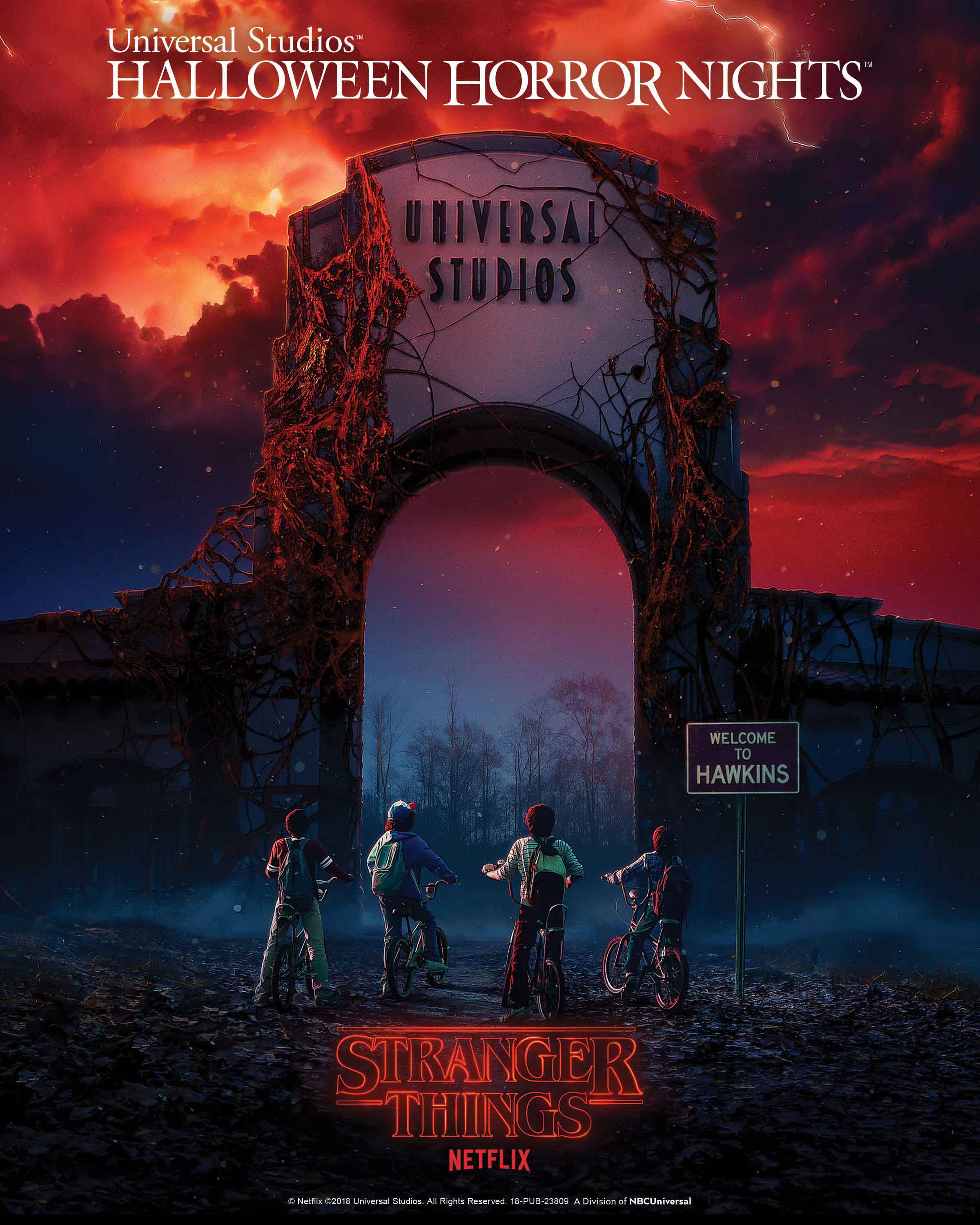 For the first time ever, Universal Studios Hollywood, Universal Orlando Resort and Universal Studios Singapore are partnering with Netflix to bring “Stranger Things” to life at this year’s “Halloween Horror Nights” events. Fans of the series will get the chance to brave the Upside Down and confront the supernatural as each park debuts all-new mazes inspired by season one of the critically-acclaimed series.

It’s April, and we are more than halfway to Haunt Season! Can you smell the fog in the air? While most are thinking about summer, and graduations, Universal is already thinking of Halloween. You might say they’re…upside down. Earlier this week, Universal’s Halloween Horror Nights announced that the hit Netflix show, Stranger Things will be coming to the event this year!

Guests at Universal Studios Singapore, Hollywood and Orlando will all get the chance to venture into the Upside Down as they face terror from the hit Netflix show. The new maze will take guests through season one, and visit all the familiar places and faces from the most popular Netflix show in the world.

Working collaboratively with Netflix, along with the creators and executive producer of the blockbuster series—Matt Duffer, Ross Duffer and Shawn Levy, the mazes at Universal Studios Hollywood, Universal Orlando Resort and Universal Studios Singapore will be authentic representations of “Stranger Things,” designed to transport guests into artfully recreated scenes and storylines. From the menacing Hawkins National Laboratory, under the U.S. Department of Energy, to the Byers home adorned with an erratic display of flashing Christmas lights and the eerie Upside Down woods oozing a shower of floating orb-like spores, the chilling new mazes will offer surprising twists and unexpected turns around every corner.

This is the first of many amazing new experiences coming to Halloween Horror Nights this fall. Are you excited to go through the Upside Down?