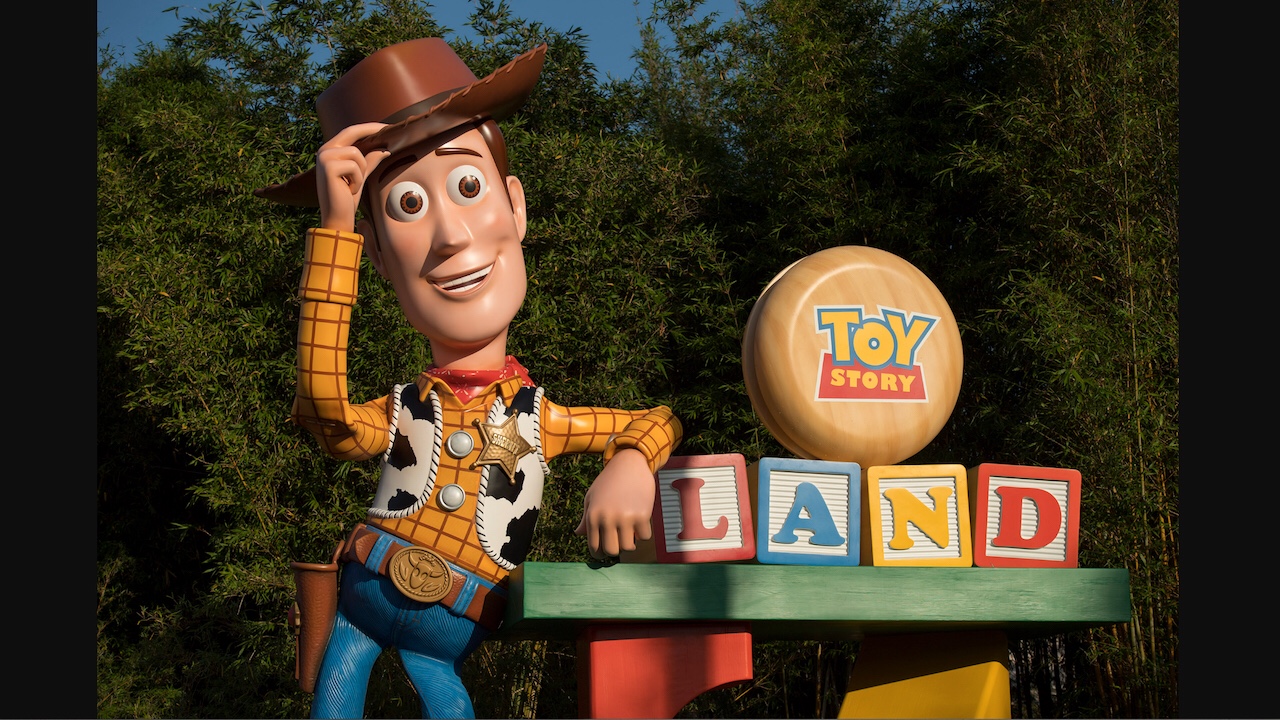 Howdy howdy howdy! A new picture shows off the new sign and the sheriff himself, as Woody arrives at the all new Toy Story Land at Disney’s Hollywood Studios. The new sign is adorned with a huge Woody…that’s Sheriff Woody.

The Toy Story Characters are just one part of the new Toy Story Land at Disney’s Hollywood Studios. The New land will feature the Slinky Dog Coaster, the new Alien Swirling Saucers ride, as well as Woody’s Lunch Box, and the ever popular Toy Story Mania.

The new land opens on June 30th. If you’re staying at a Walt Disney World hotel, FastPass reservations are already open, and there will be some exclusive Extra Magic Hours for hotel guests, just for Toy Story Land. This will be the second Toy Story Land to open this year, as Shanghai Disneyland will open their new land on Thursday!