It’s safe to assume that everyone on this site is a big Potterhead right? What’s one of the most important things that have been missing from our Potter-centric collections? Action figures of course. Since the release of the first movie there’s a void in the world of Harry Potter action figures. Some attempts have been made in the 1/6 scale category but the results are usually overpriced or just uncanny. Luckily the folks at Bandai Japan have our backs covered with some newly announced, slightly more reasonably priced 1/12 scale figures. 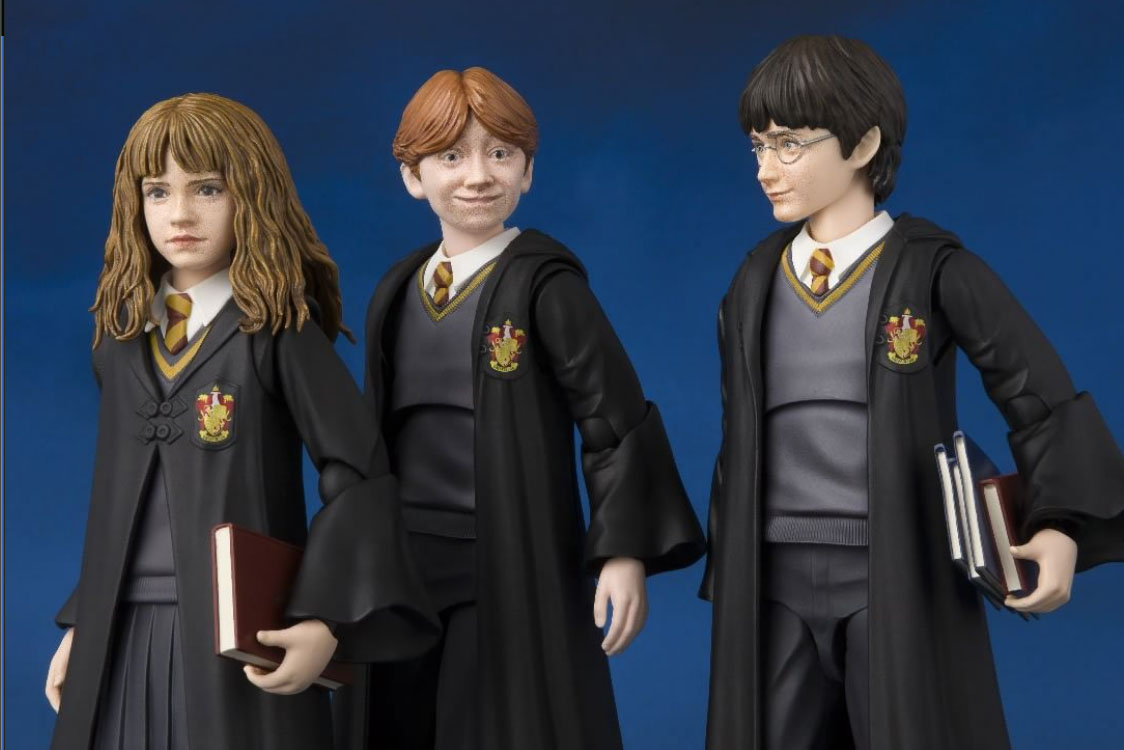 The first wave of figures will be released between the months for November-January. Harry coming in November, Ron in December, and Hermoine will tail the pack with a January 2019 release. The following descriptions come form Bluefin Distribution’s site. 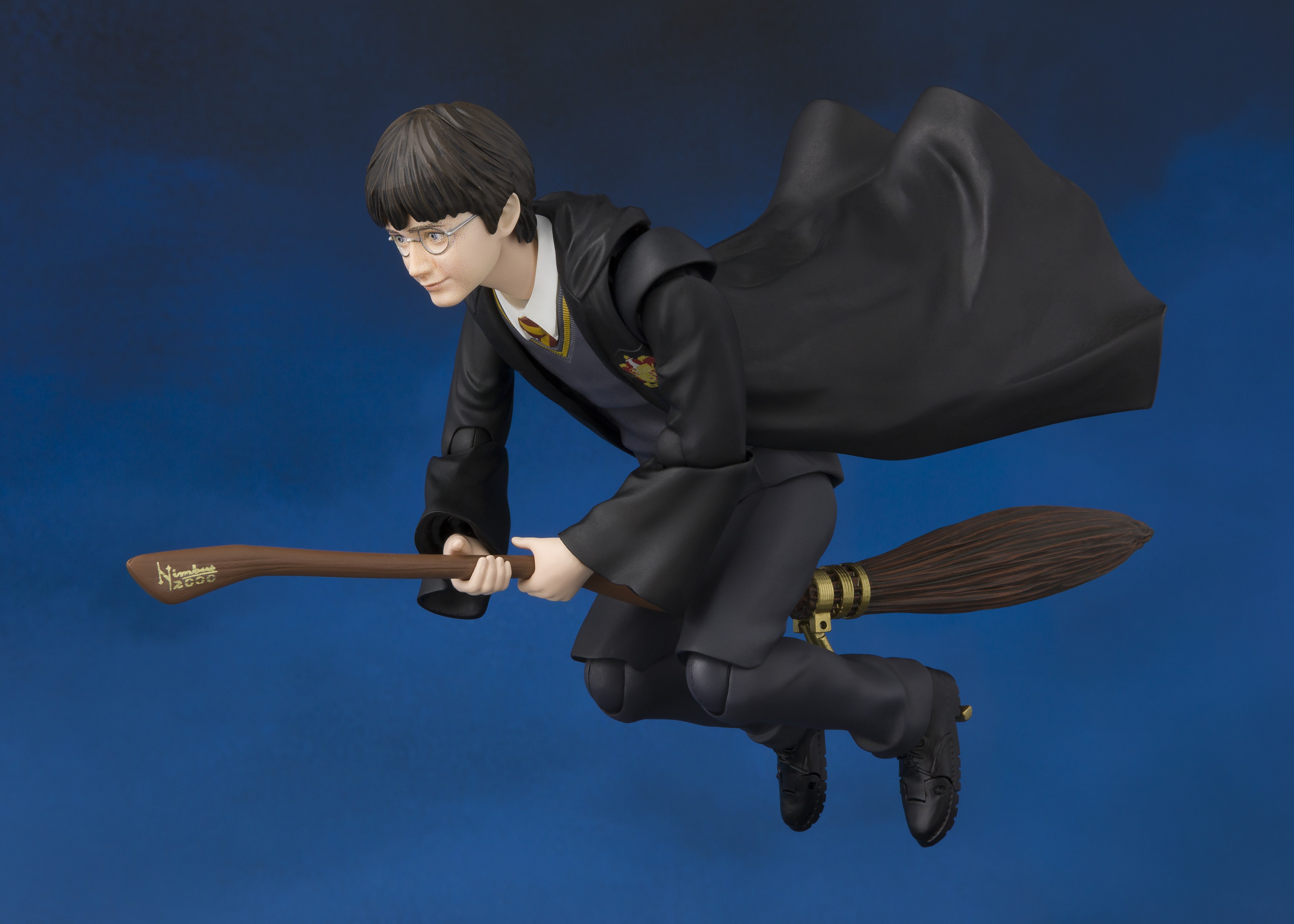 Harry Potter joins the S.H.Figuarts series as an accurately sculpted, digitally colored, and highly posable action figure — even the neck can be posed! Harry comes with a wealth of accessories, including his wand, his owl Hedwig, and his Nimbus 2000 Racing Broom, letting you re-create your favorite scenes from the films. Hedwing comes with optional parts that can be swapped in for an open-wing pose, and Harry has optional legs that can be swapped in to let him ride his broom. The set includes two optional facial expression parts, three optional pairs of hands, his magic wand, a textbook, a robe, the Nimbus 2000, and Hedwig (with optional open wings.) 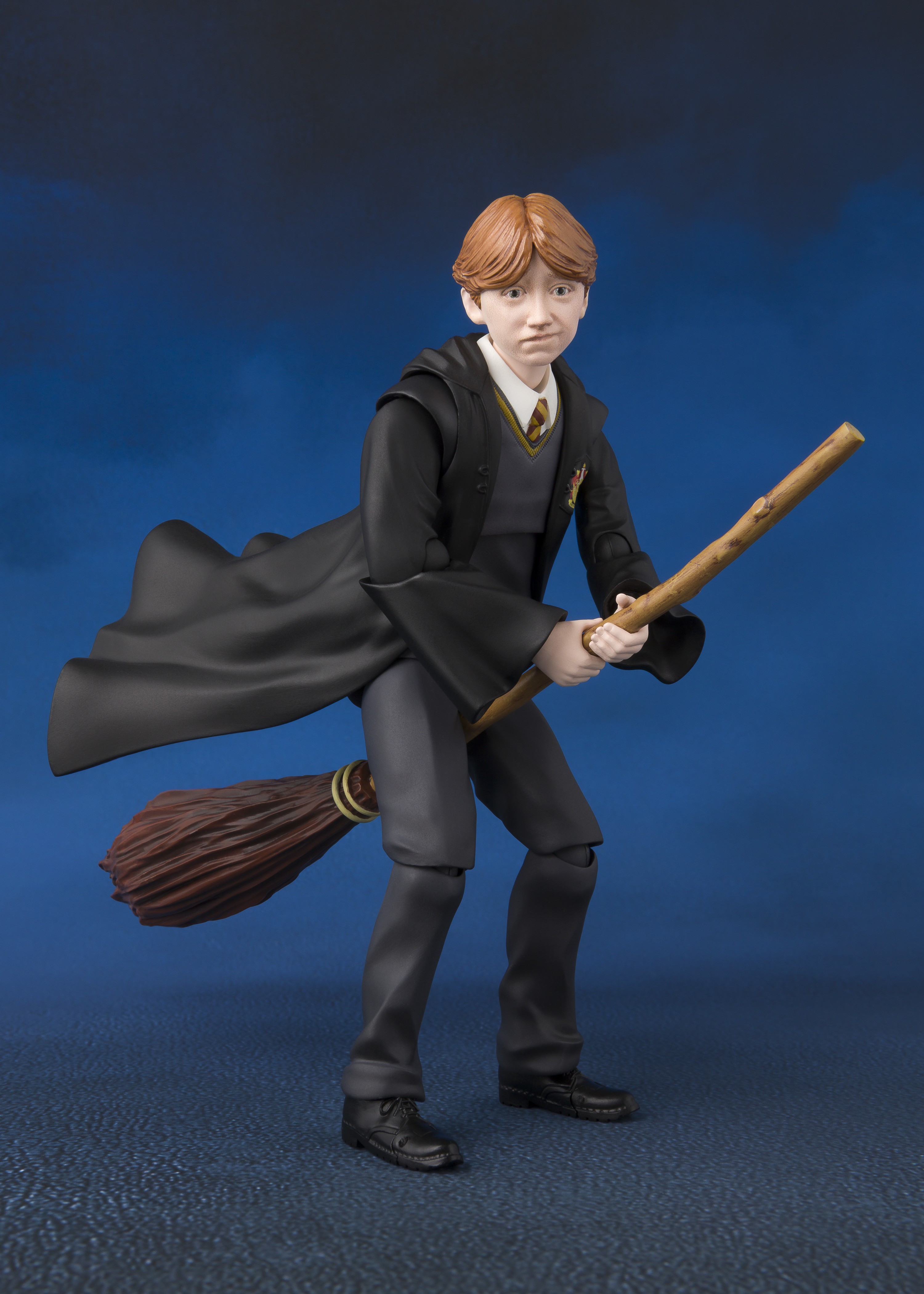 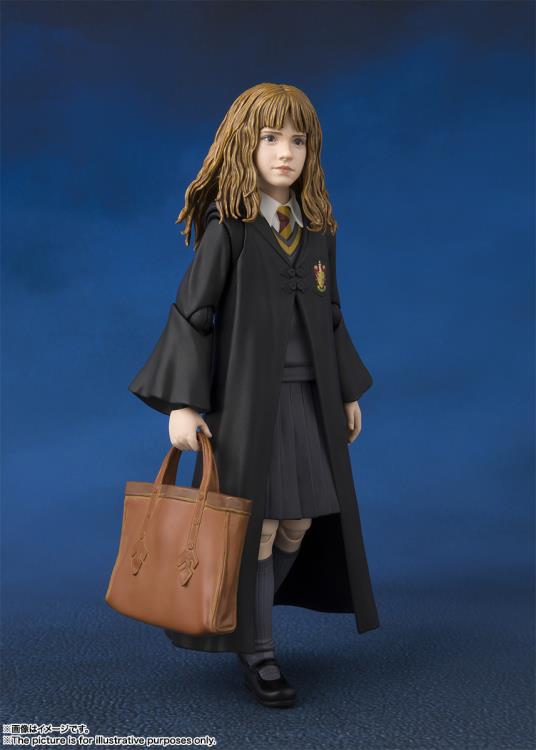 Bandai enters the magical world of Harry Potter with its newest S.H.Figuarts figure lineup, featuring the unstoppable Hermione Granger! As seen in the first film “Harry Potter and the Sorceror’s Stone”, Hermione stands about 12cm tall, and is fully posable. She comes with two facial expressions, three sets of hands, her wand, a textbook, the Philosopher’s Stone, a feather, and a book bag.

Are you interested in a series of Harry Potter action figures? Let us know in the comments below!

Stay tuned for more from the Transformer cinematic universe, and be sure to get social with us on Facebook and follow along with us on Twitter @BehindThrills for the latest updates!