Pokemon had a surprise press conference in Japan and announced a slew of new fun things coming from Pokemon. The first was an all new Pokemon game coming to Nintendo Switch and Smart Phones, called Pokemon Quest. The new game looks like a mix between Pokemon, and Minecraft as it sends players to explore the mysterious Tumblecube Island, where players can battle wild Pokemon and collect powerful items. Players can power-up their Pokemon by using Power Stones, which allow them to customize their Pokemon’s strengths and weaknesses. 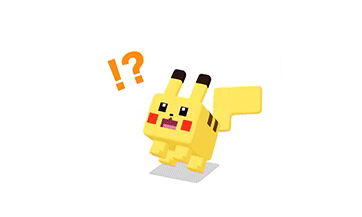 Of course the real news is that the Pokemon will take on a blocky look, which will resemble Minecraft characters and still remain extremely cute. The game will be free to start, with power ups and extra features costing extra. There’s no word on whether or not the game will allow players to go between their smart phones and Nintendo Switch, but currently it doesn’t sound like it.

There is no release date for the new game, but we’re betting on soon. There will also be an all new RPG game coming in the second half of 2019.