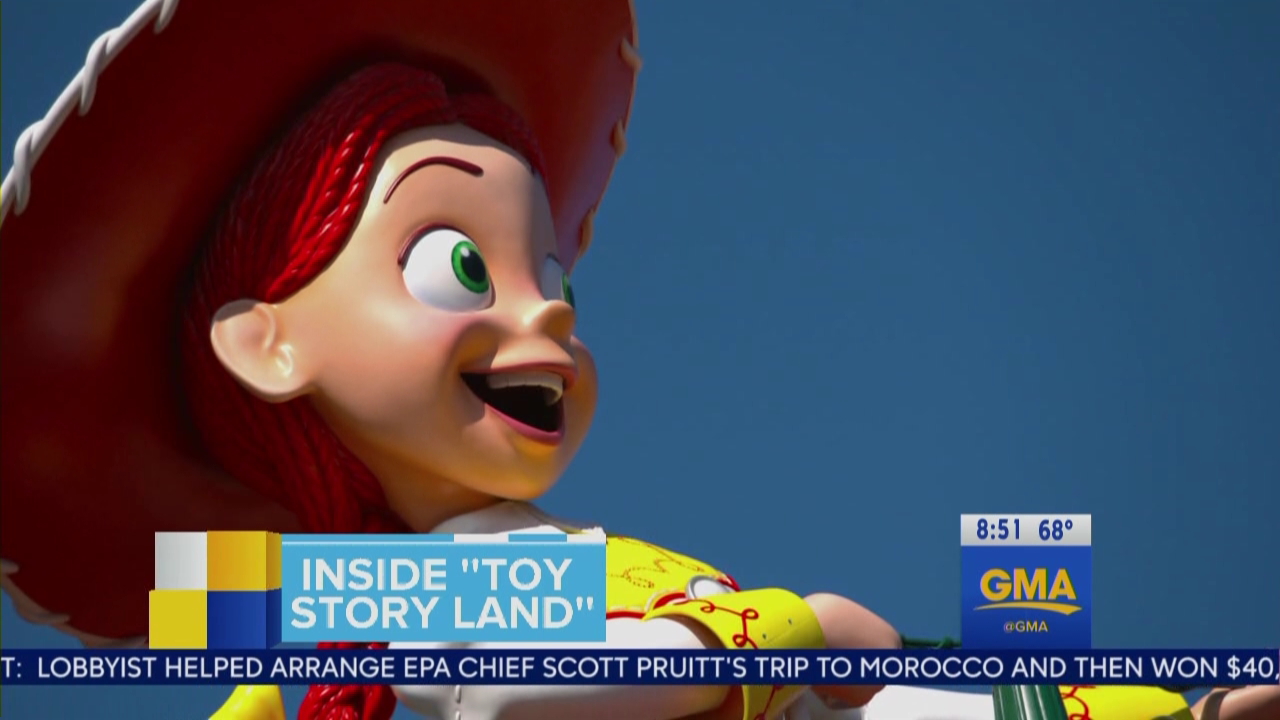 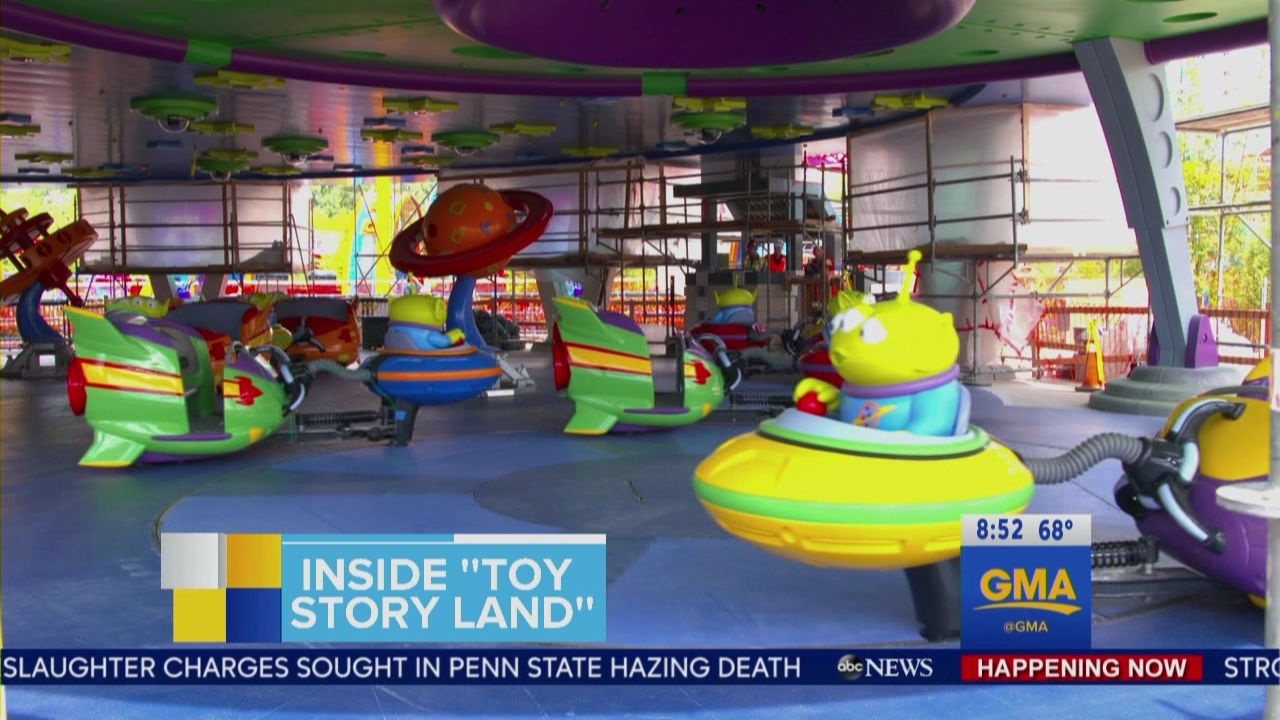 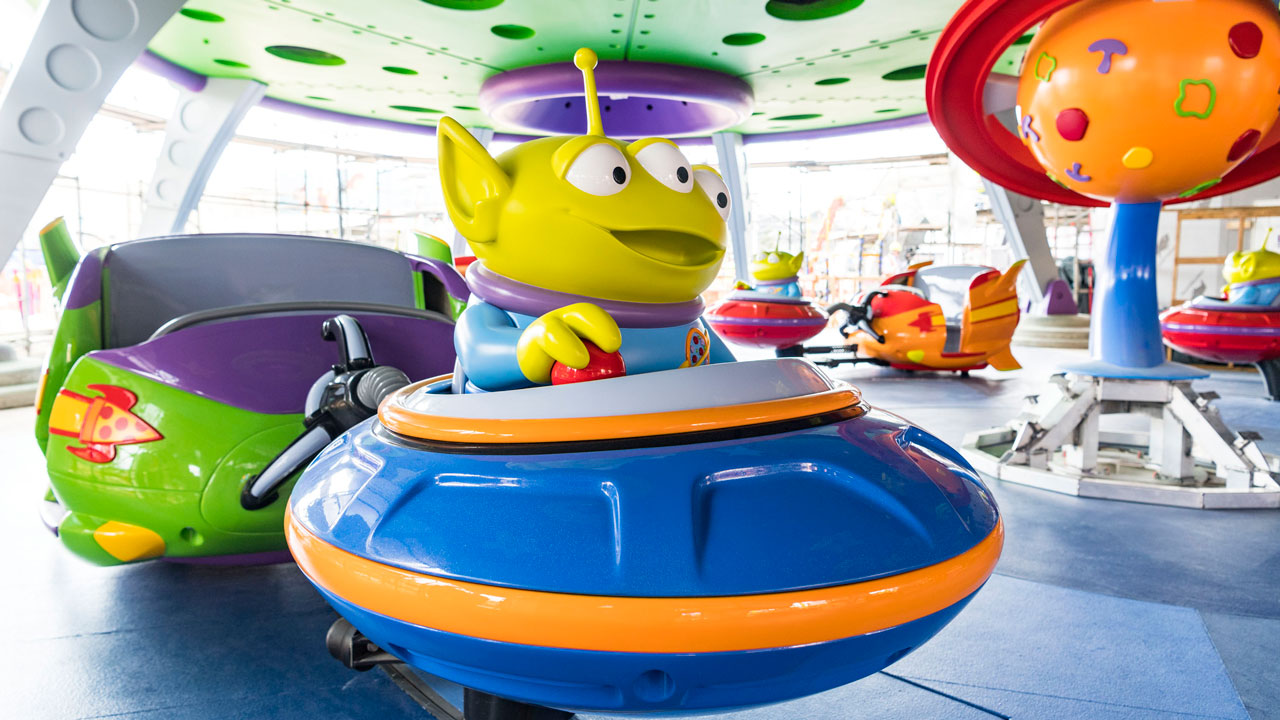 The other opening day attraction for Toy Story Land will be the Slinky Dog Dash rollercoaster. Guests will take a wild journey on Slinky Dog on Andy’s Mega Coaster Play Kit throughout Andy’s backyard. 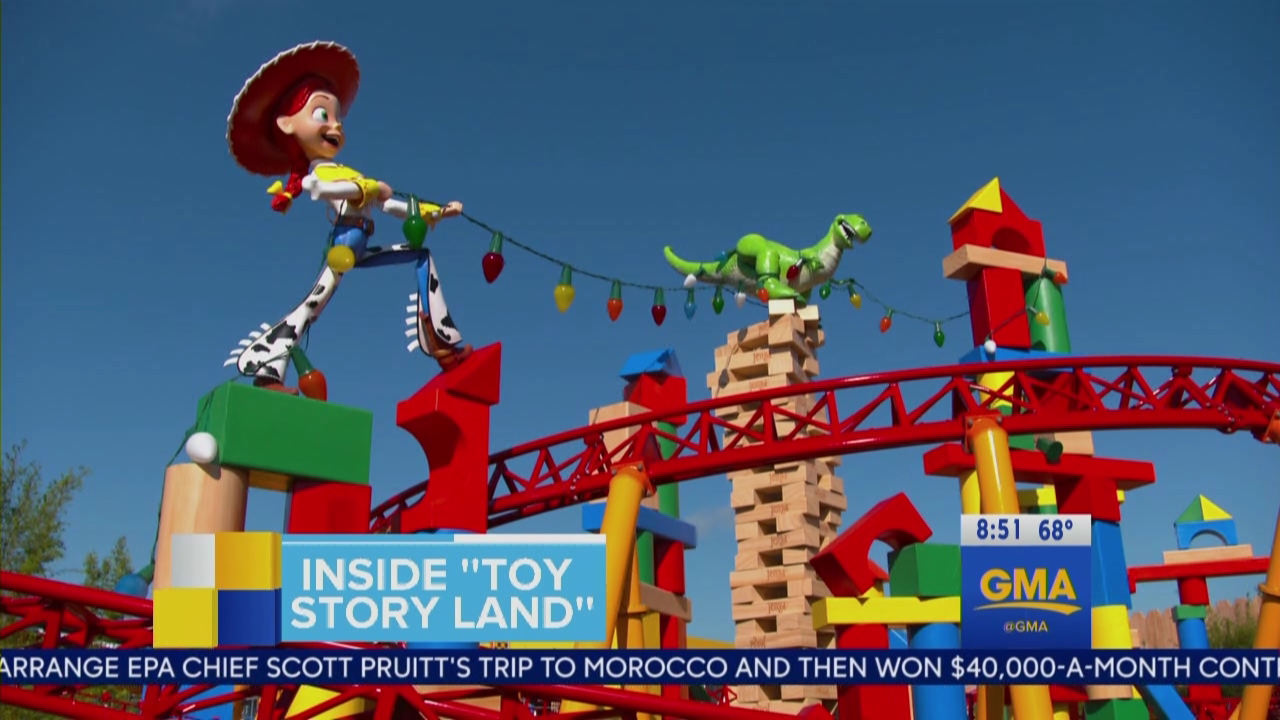 On the end of the Slinky Dog Dash, guests will encounter Wheezy singing “You’ve Got a Friend in Me,” assisted by Mike who’s provided him with a microphone, and Mr. Spell. The friends are surrounded by a collection of toys, including a Rubik’s cube, a canister for a game called Pick-Up Snakes, toy wooden blocks spelling out F-U-N, and toy packages for an RC Car and a triangle puzzle game, all framed by a towering book, Mr. Pricklepants Songs for Singing. 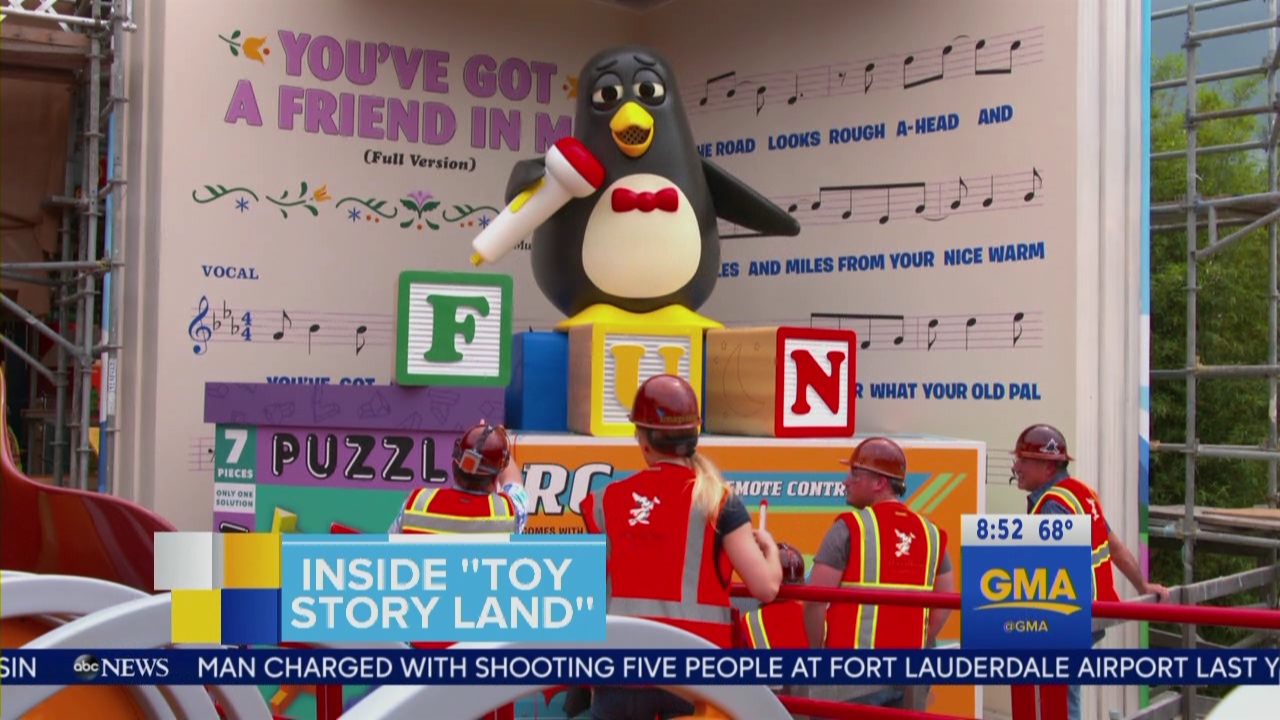 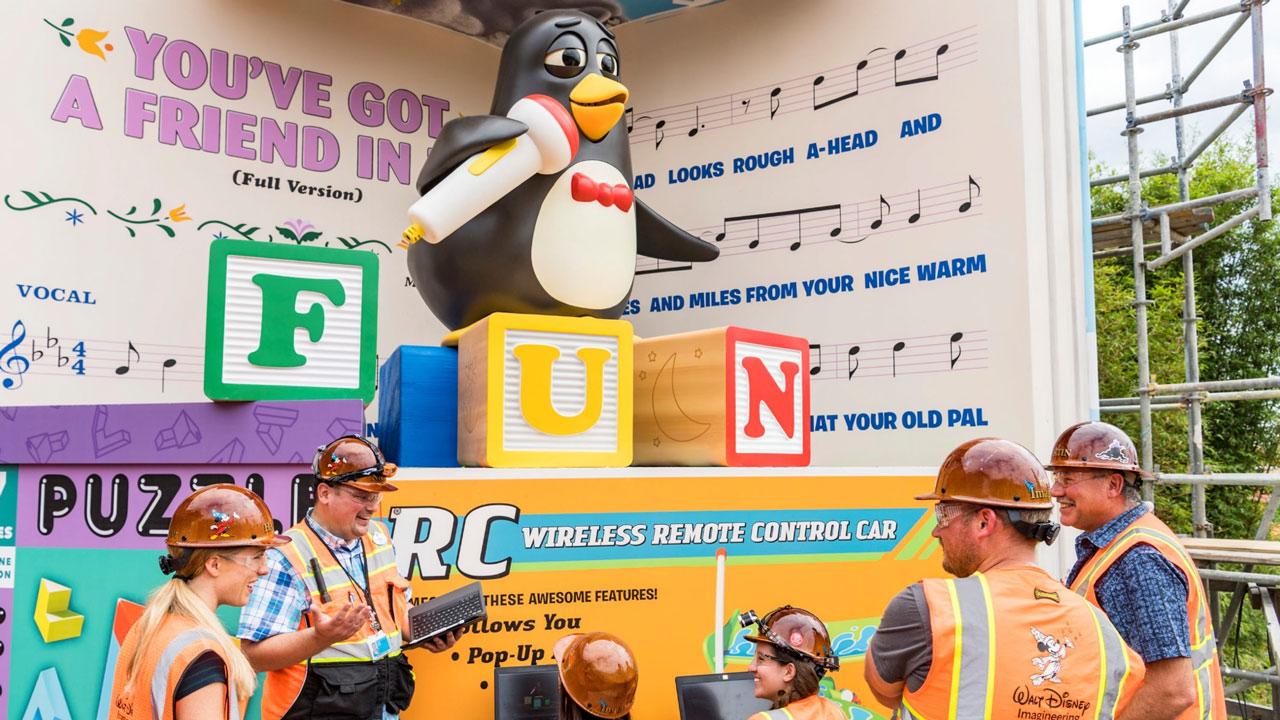 Toy Story Land will have its Grand Opening at Disney’s Hollywood Studios on June 30th, 2018.