Ant-Man and the Wasp get all new Character Posters 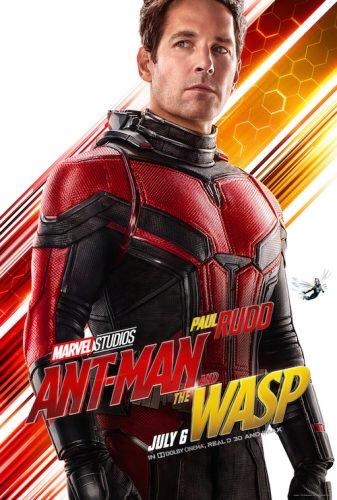 With just a month left to go, Marvel Studios has released several all new character posters for the highly anticipated Ant-Man and the Wasp. The film will be a follow up to the first film, and will deal with the characters in the aftermath of Captain America: Civil War. It’s not known if they will have to deal with the effects of Avengers: Infinity War, but likely not.

The new posters give us a look at Ghost, Lawrence Fishburne and Michelle Pfeiffer’s Janet van Dyne, wife of Hank Pym.