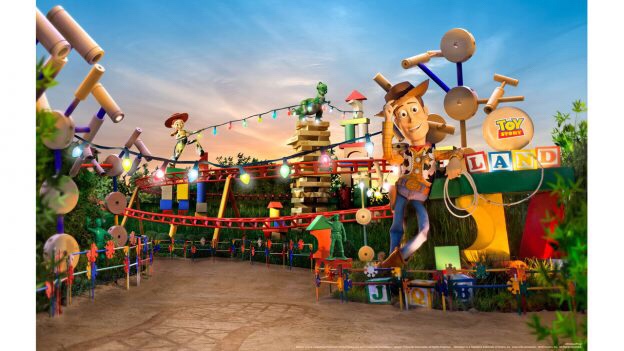 The ceremony will start at 10:55 a.m. at Disney’s Hollywood Studios, and will broadcast live on the Disney Parks Blog website, as well as their official Facebook Page.

In the meantime, check out a special sneak preview of the new land in the video below.

The new land is the first major new expansion at Disney’s Hollywood Studios. Next year, the park will roll out the new Mickey and Minnie Runaway Railway that will be located in the spot formerly occupied by The Great Movie Ride, and a little thing called Star Wars: Galaxy’s Edge.

Meanwhile, in just two days, guests can ride on Slinky Dog with the new coaster, blast away with Alien Spinning Saucers and even play in a new entrance for Toy Story Midway Mania.