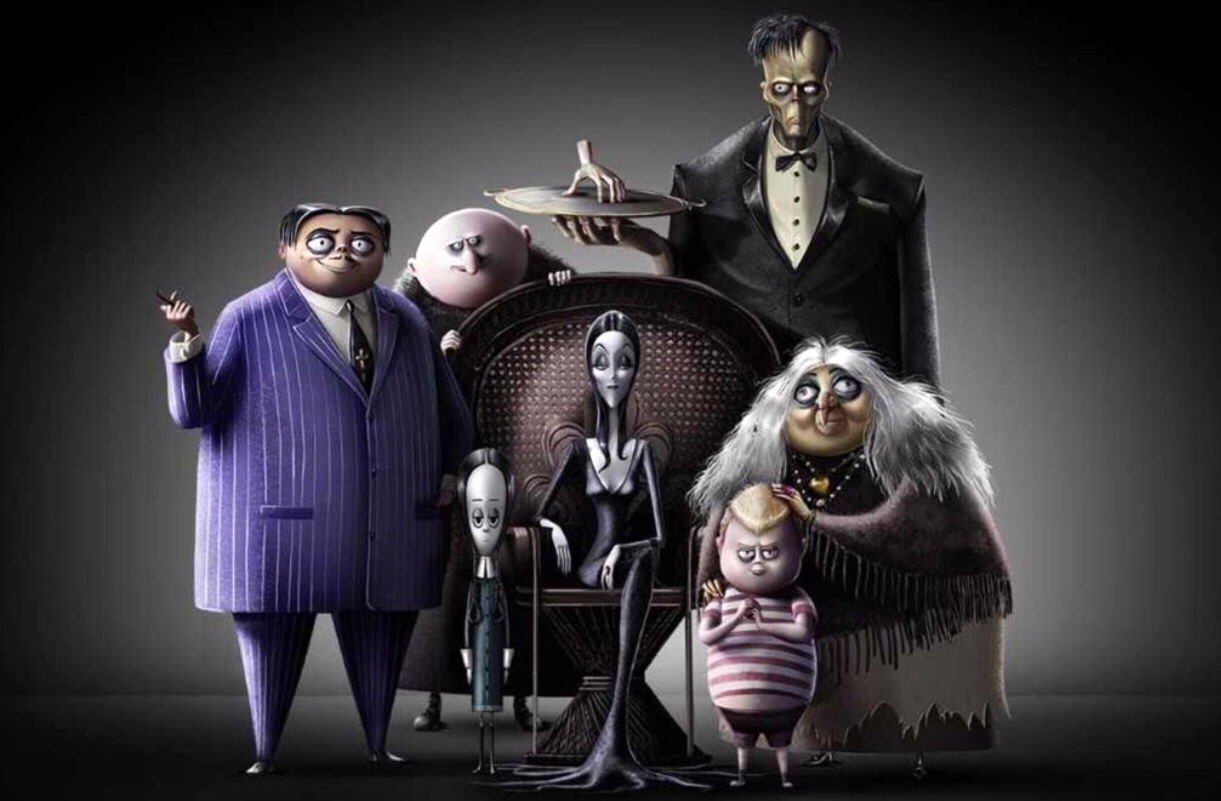 Creepy and kooky, MGM has released a first look at the new animated film coming from Sausage Party directors Conrad Vernon and Greg Tiernan, who are co-helming this new Addams Family with a script from Matt Lieberman.

In the latest Addams adventure, the family must face off against a diabolical reality TV show host, as they prepare for an Addams Family celebration.

The new film definitely takes a different look than before, and still keeps that distinctly Addams feel to it. This isn’t the first time The Addam family has been animated, the mysterious and spooky family started life as a comic strip in the New Yorker, and morphed into a popular TV show in the 60’s. It was then a cartoon series from 1973-1975 and then again in 1992-1993.

Naturally one of the favorites was the two Addams Family movies that hit theaters before star Raul Julia died.

This new Addams Family will hit theaters on October 11th, 2019.