SDCC is just over a month away and the biggest name in the Comic-Con exclusive game has dropped the first big reveal and wouldn’t you know it, it’s our based on our weakness, Star Wars. 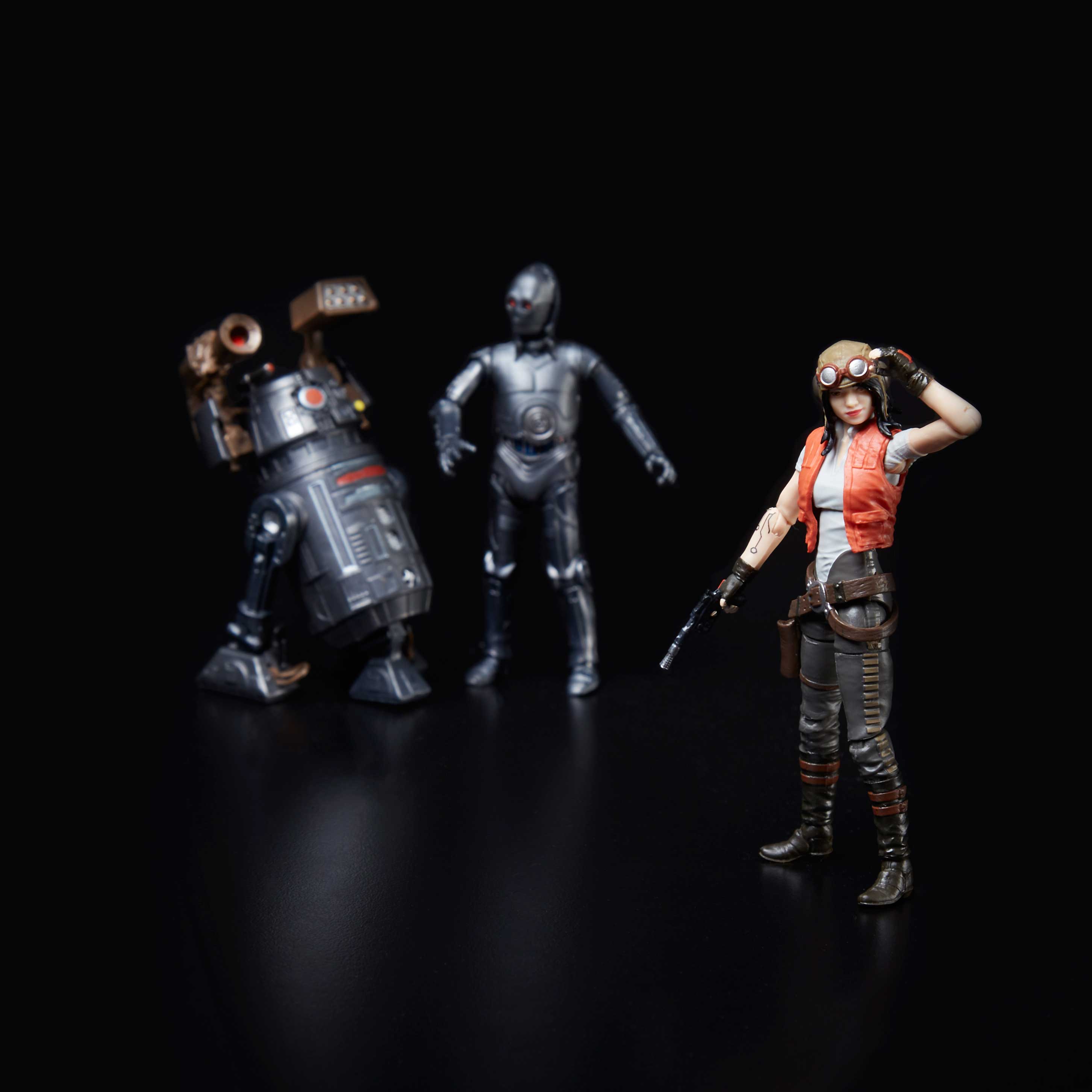 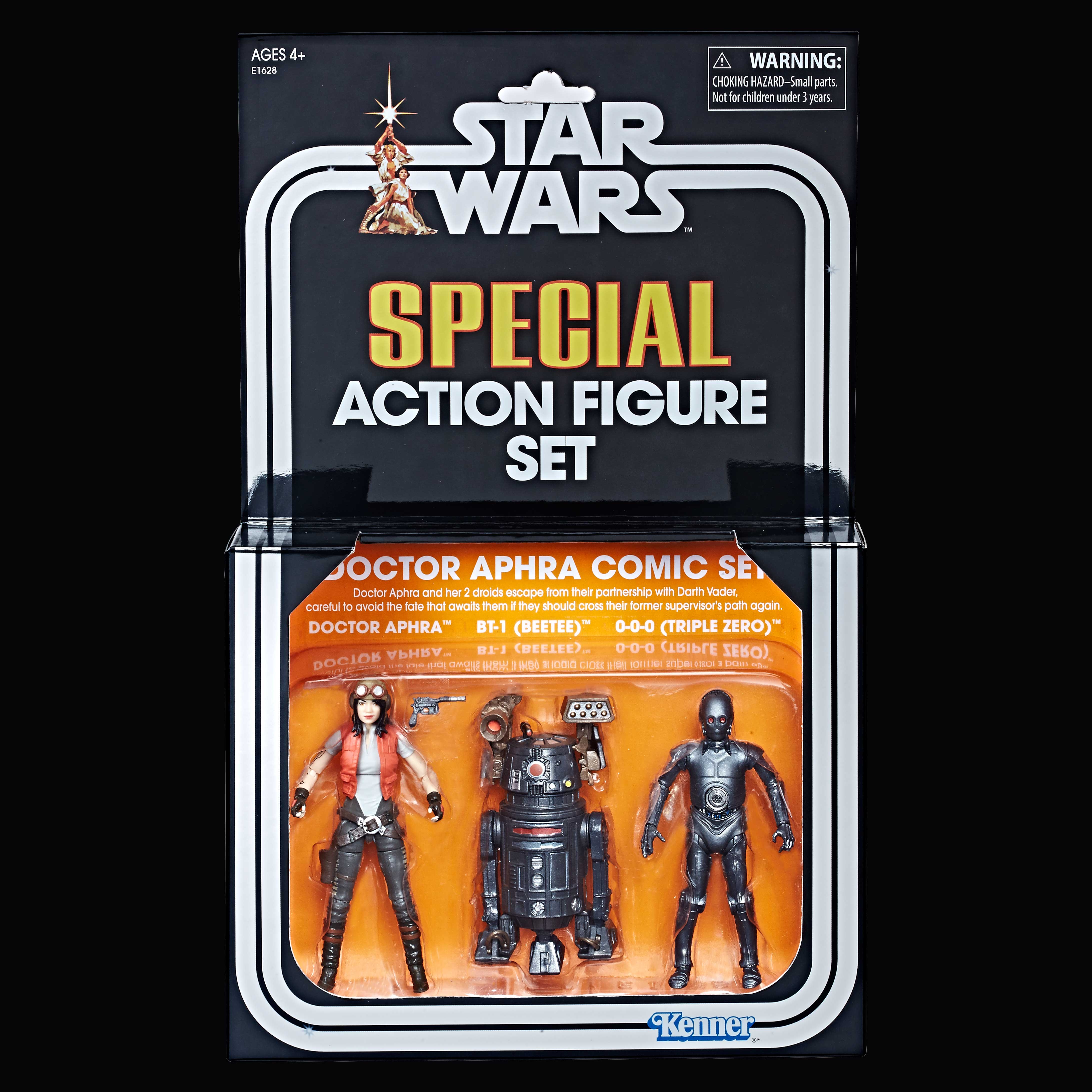 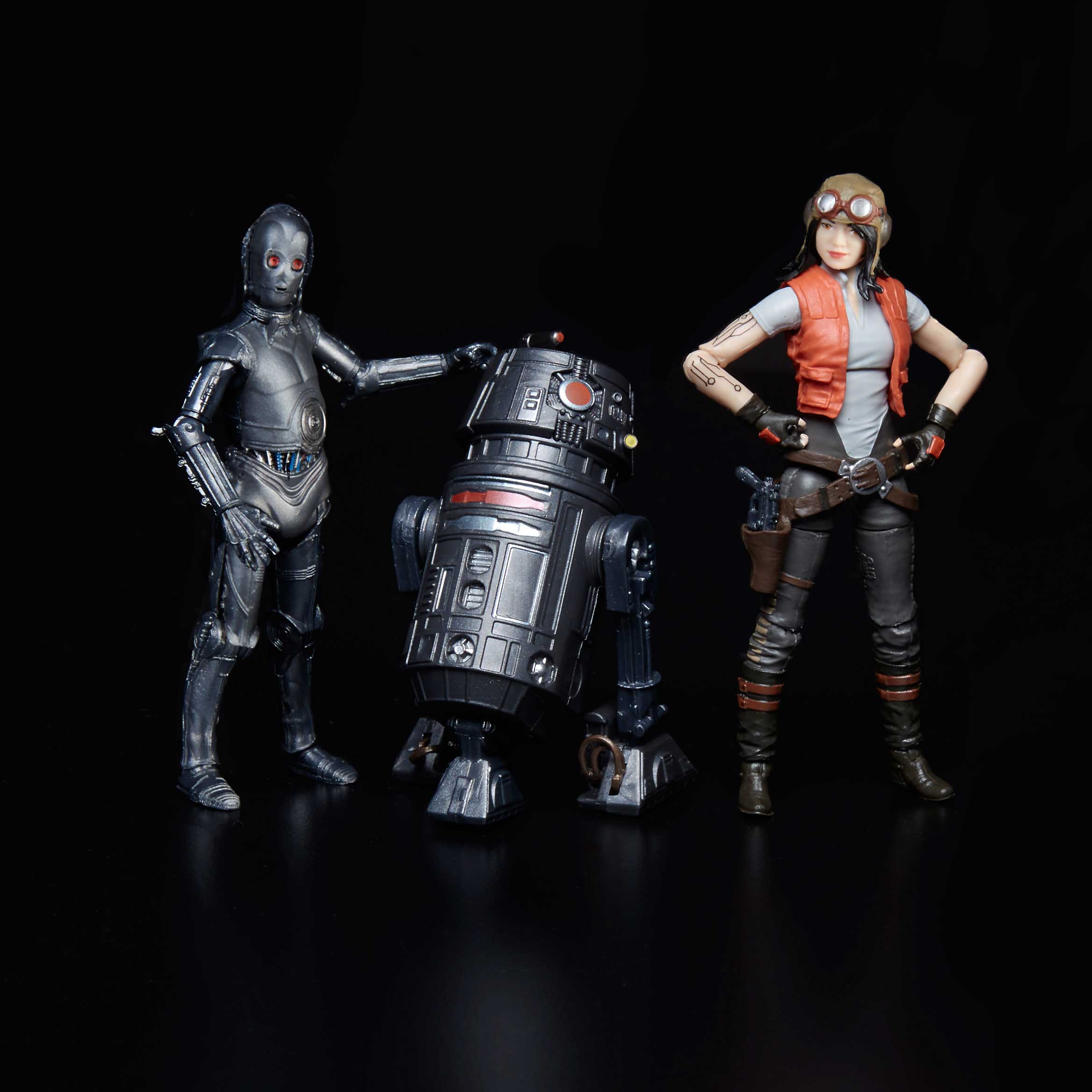 For those unfamiliar with the character from the set, Doctor Aphra. She’s from one of the more recent Star Wars comic series that launched when Star Wars comics started being published by Marvel. Doctor Aphra, despite having over 20 issues released, there has not been an action figure representation of the popular character until now.  But not only are you getting the doc herself but her two droid partners as well, BT-1 an Assassin Droid designed to look like a typical Astro Mech, and 0-0-0 (Triple Zero) a protocol droid who also specializes in torture. Quite the cast of characters.

The 3.75″ scale three pack will retail for $49.99 (3 figures after all), and the come in packaging that hark back to the old Kenner vintage blister card packaging. If you’re not able to make it to SDCC this year, limited amounts are available on Hasbro Toy Shop in the weeks following the convention.

Are you looking forward to SDCC this year? What do you think of Doctor Aphra and her droid counterparts?