Since 2005, Masters of the Universe fans have been rocking out with Prince Adam as he belts out his own rendition of Four Non Blonds’s single “What’s Up”. The remix has since grown in popularity becoming almost as iconic as the characters themselves.

At San Diego Comic-Con this year, Super7 (who are also responsible for the officially licensed He-Man and the Masters of the Universe action figure line) are taking this meme to the next level with a retooling of their Prince Adam figure to reflect his appearance in the viral video which currently has just under 140 million views. 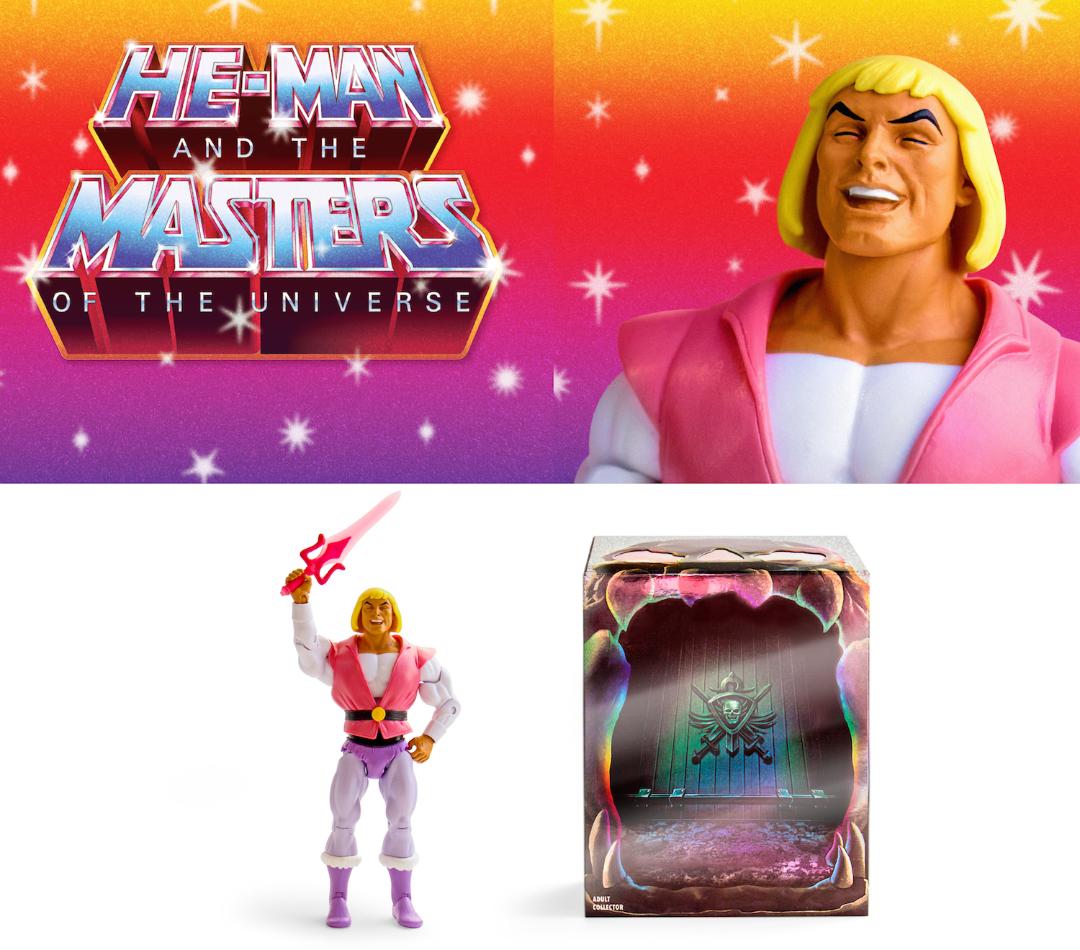 The action figure will include a new head-sculpt, a sparkling pink power sword as well as fabulous rainbow glitter packaging. Unlike most other exclusives at the con, this will be offered at Super7’s Hordak’s Lair pop-up event which runs on Weds 7/18 – Thursday 7/19 at  at 701 8th Avenue just a few minute walk from the convention center.

It’s time to take a deep breath and step in line because this will surely be popular for fans during SDCC, the wait times may be long (even possibly overnight). Is this something you’d want to add to your collection? Let us know in the comments below.