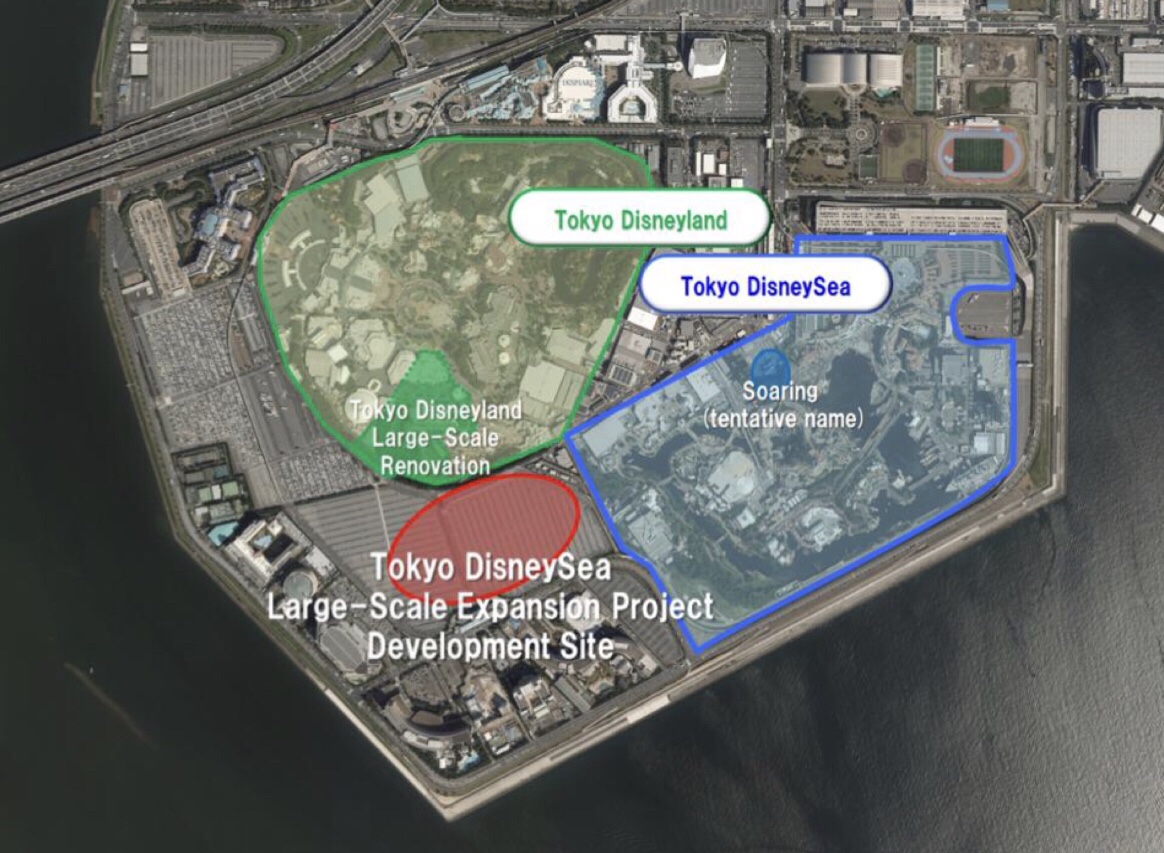 Today the Oriental Land company, owner of Tokyo Disney Resort announced a large scale expansion of TokyoDisney Sea. The expansion will cost about 250 billion yen (US$2.27 billion), and the project will take over the surface parking area behind Tokyo Disneyland, across from the Sheraton hotel.

The new expansion will be a new DisneySea Port and will feature three new mini lands, each with a different theme and ride. There will also be a new hotel built inside the park. 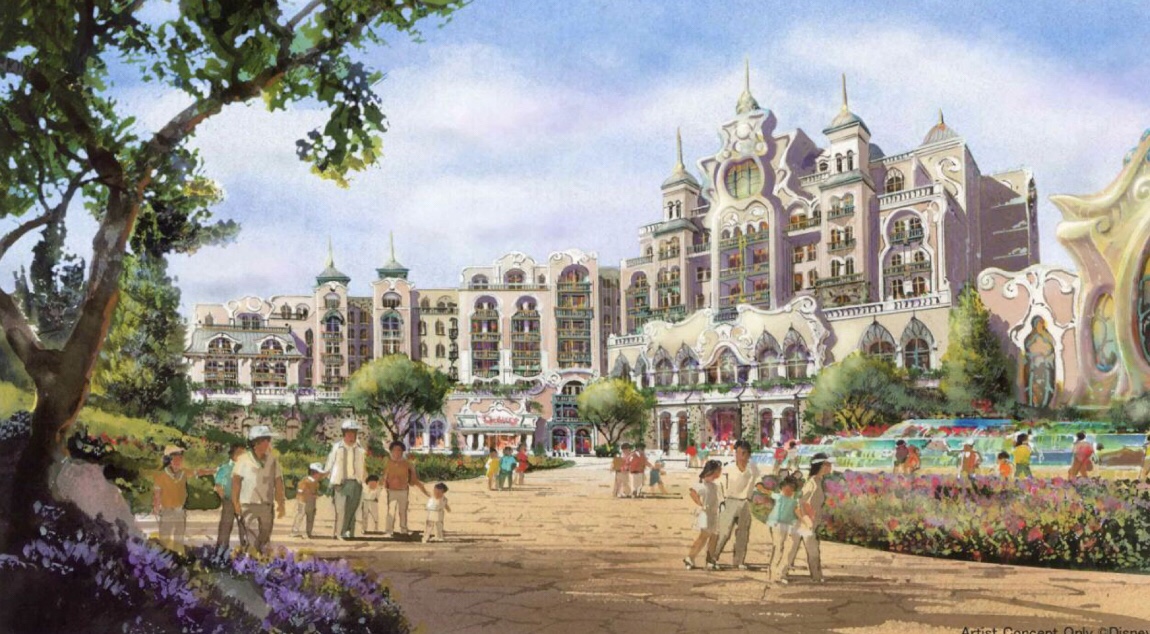 The new hotel will face the park and will feature “Park-facing rooms will provide beautiful views of the port’s majestic landscape, affording Guests a magical experience that can only be had at this hotel. The Disney hotel will offer 475 deluxe-type and luxury-type guest rooms, with the latter providing the finest accommodations in Tokyo Disney Resort.”

The hotel will be themed to “Disney Fantasy” and will in luxe a new gift shop and will tell the story of the magical springs, which will be found on the first floor of the hotel. 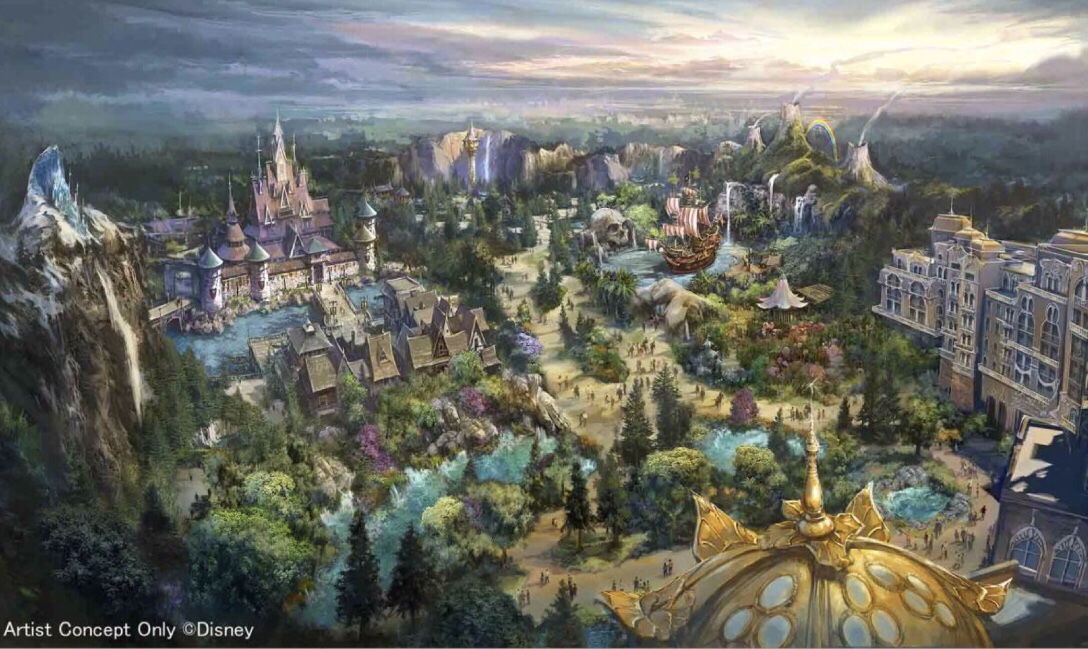 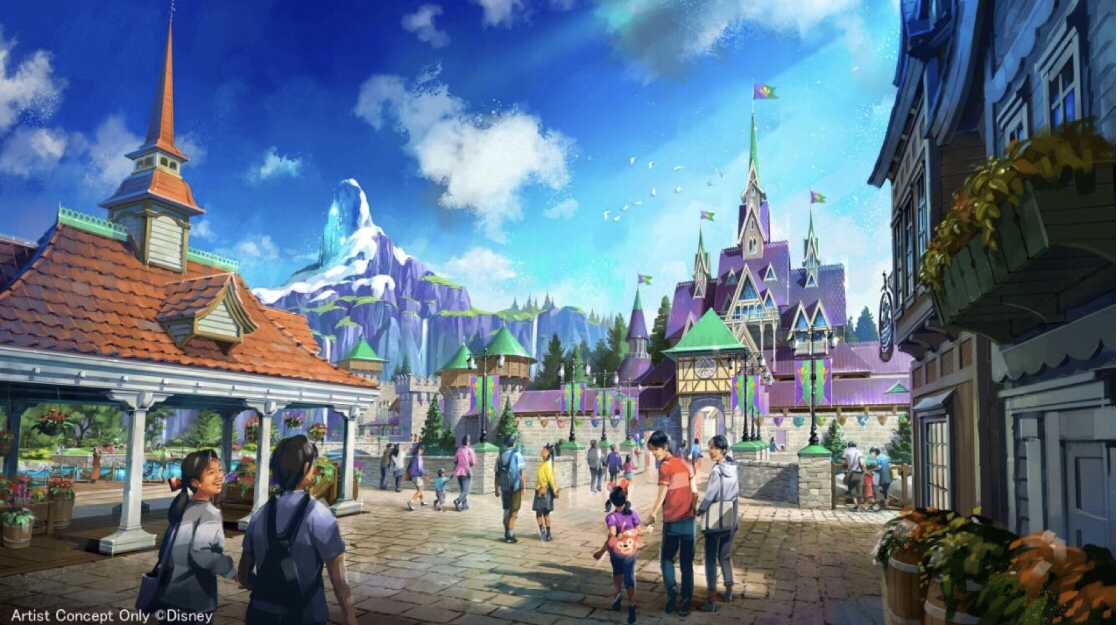 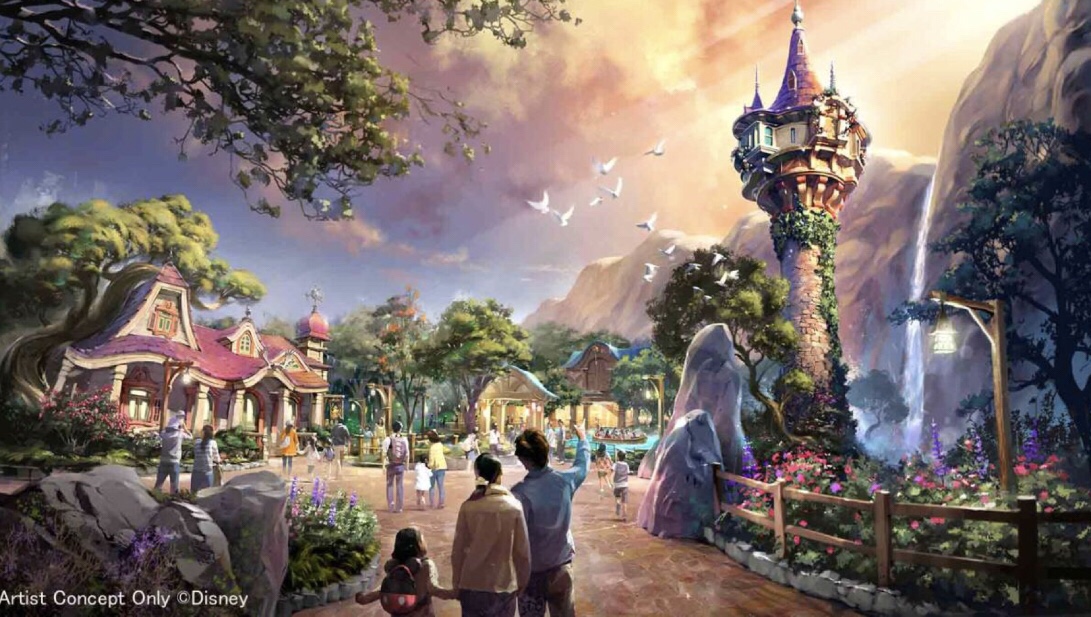 The Tangled area will also feature a boat ride, in which guests follow Rapunzel to the Lantern Festival and relives her best day ever. There will also be a Snuggly Duckling Restaurant.

Peter Pan will feature an updated version of the classic Peter Pans Flight ride and will include 3D imagery and music of the film. A second attraction will immerse guests in the world of Pixie Hollow and will shrink them down to the size of TinkerBell and her friends. There will also be a Neverland restaurant as well.

There’s no timeline on this new land, though Tokyo Disneyland is currently constructing anew attractions based on Big Hero 6, and Beauty and the Beast, both slated for 2020.