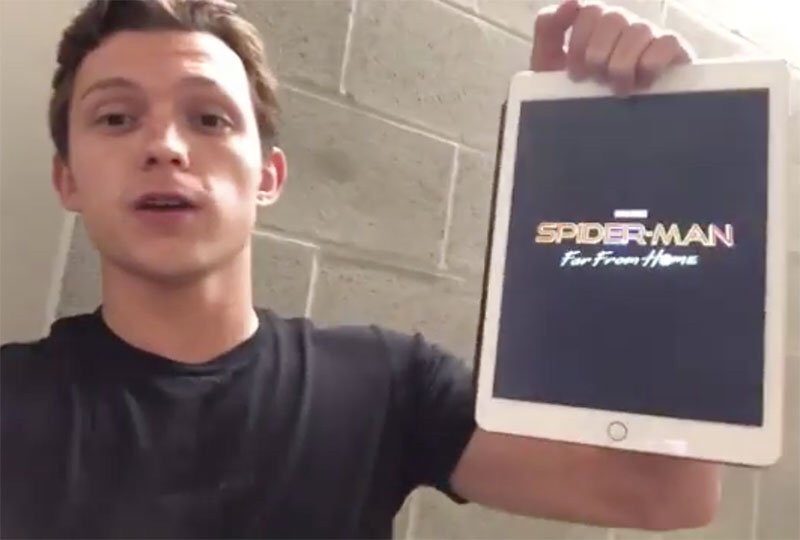 Tom Holland took to Instagram to apologize for not having anything big to announce at Ace Comic-Con in Seattle, and seemed to “accidentally” leak the name of the new film by showing off the title page of the script on his iPad.

Sorry for no announcements, but I love you guys ♥️

Yeah…okay, accidentally. Tom Holland has a habit of slipping up and spoiling little details in interviews, and was constantly in danger of revealing too much during the Avengers press tour. The reveal seems to take advantage of that because, of course, it would be something that Tom Holland would do…but, really? Do you think it would actually happen?

Still, the title matches up with what we’ve heard about the film so far, that it will take Peter Parker out of New York for an adventure in London and Europe. Kevin Feige has said earlier that the film will see the global aftermath of Avengers: Infinity War and Avengers 4.
Spider-Man Far From Home hits starts filming in July, and will hit theaters on July 5th 2019.