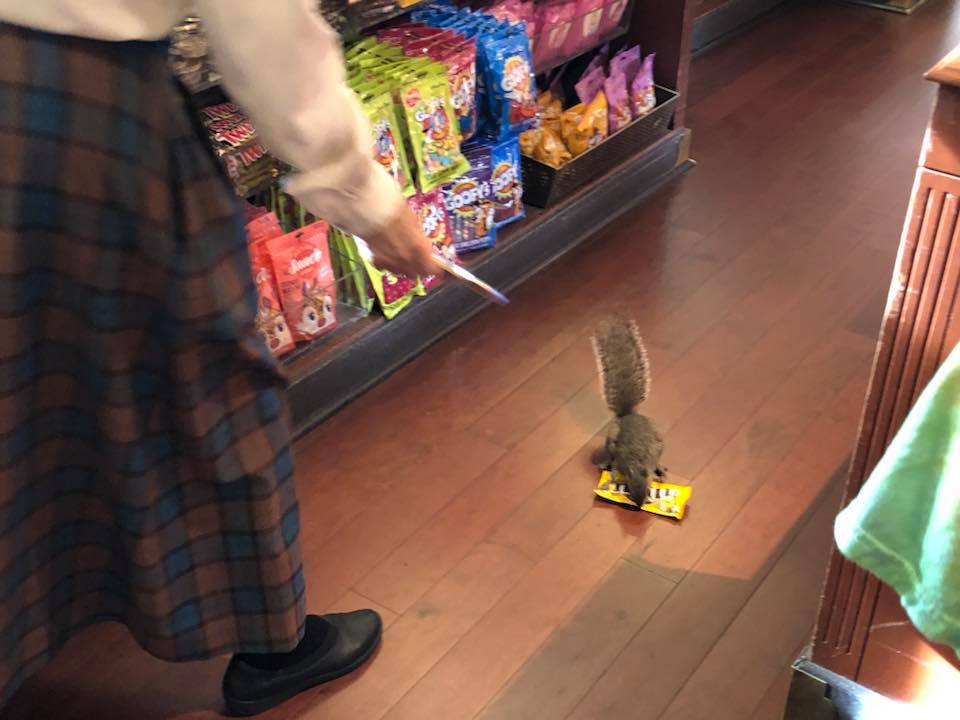 Shoplifting is a horrible crime, and it happens everywhere, including the Happiest Place on Earth. Disney’s Magic Kingdom is likely home to tons of shoplifting, just given the sheer amount of people in the park at any given time, but it’s rare that it gets caught on camera. But a guest at the park did just that yesterday when she was browsing through the Main Street Emporium at Magic Kingdom.

Alright, so it’s more cute than serious. Actually, it’s just pure freaking fun. A squirrel was seen lifting a pack of peanut M&M’s from the store’s candy shelf. I guess he just got sick of paying those high theme park prices, or tired of the hot dogs and pretzels. Florida wildlife definitely has a mind of it’s own, and in a high traffic place like Magic Kingdom, guests are bound to bump into the occasional critter.The stories of this kind of thing have been told, but Brianna Bradshaw on Facebook managed to actually catch the little thief in the act!

The video is super cute, and the Cast Members seemed to handle things correctly, by not chasing the squirrel, and just shooing it off. Never approach animals in theme parks, especially at Disney. They may cute and cuddly, but you are not Snow White, and they won’t sweep your floors or make you a dress…they’ll just steal your candy.