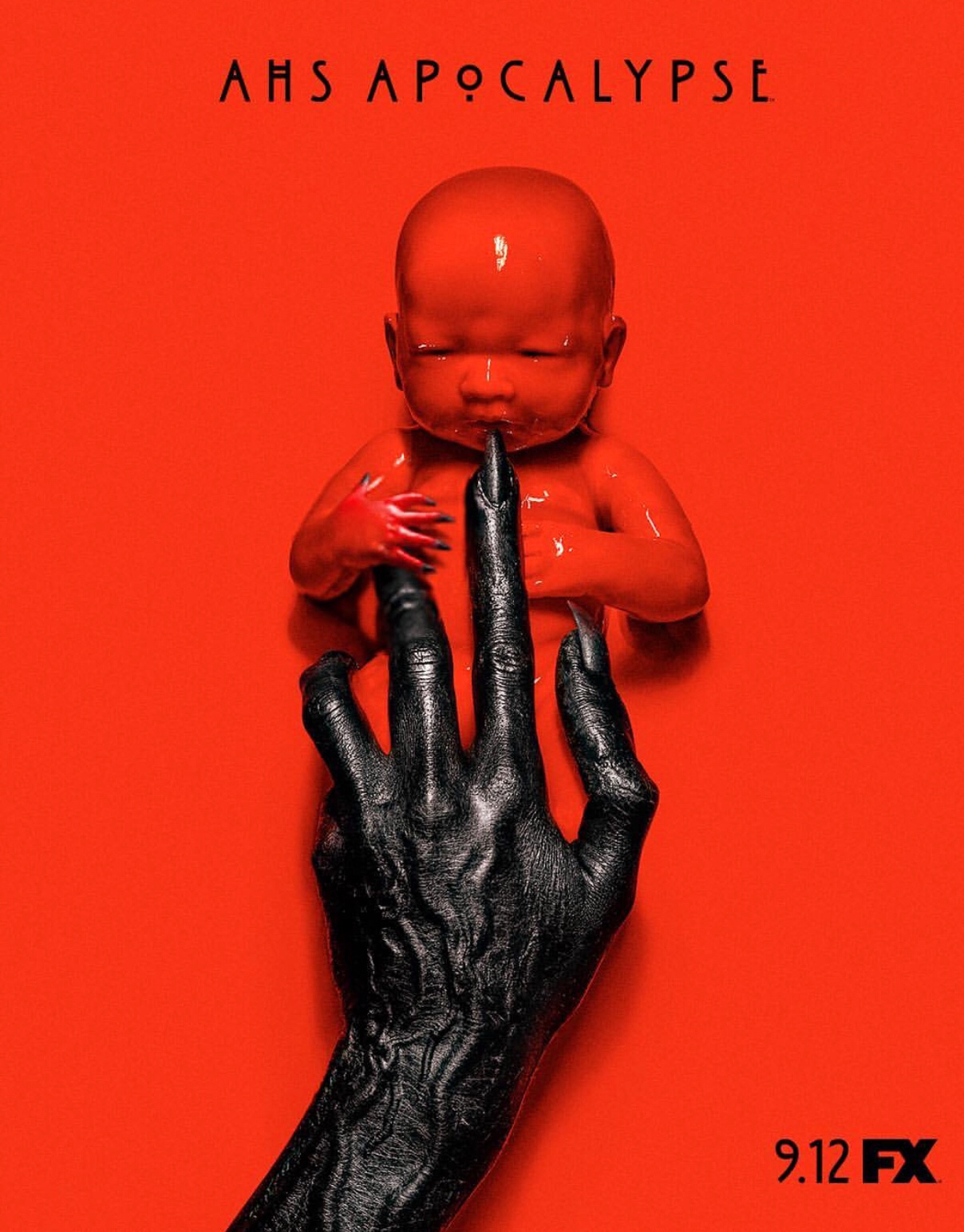 Over the weekend, some details and a poster (above) were released about the new season of American Horror Story. The first thing is that yes, it’s going to be a cross over of Murder House and Coven. The next thing we got was the title: Apocalypse, indicating that things were going to go very very bad throughout the season. We also got a look at the creepy new teaser poster for American Horror Story that showcases an evil looking black hand, and an evil looking black clawed baby. This is the eighth season of the anthological horror television show, and it’s bringing back not only familiar characters and actors but also familiar storylines.

If you think back to Season 1, there were two babies…one was a ghost and one was allegedly the antichrist. It’s likely that the season will deal with that.

Other than that? That’s all the official details that were released.

Now if you had the chance to go to San Diego Comic Con, there was an installation of the “American Horror Story Experience”. We had the chance to check it out, but could not film or shoot any photos inside. Guess they didn’t want too many spoilers, except for the ones that we’re about to give you. So consider this a warning…there’s spoilers ahead, and if you don’t want to know ANYTHING about this season, stop reading

As Kyle says above, the new season looks to deal with not only the Murder House from season one, and Coven from Season three, but also new demons and creatures. The main conflict, however, looks like it’s going to be between the witches and a new very powerful Warlock. Warlocks are male witches, and are never good for the witches around, especially if those witches aren’t evil.

Let’s talk about the other elephant in the room. Will or won’t American Horror Story appear at Halloween Horror Nights this year? We can’t say 100% for sure, but every indication is that Cult wasn’t going to make for a good haunted maze (though we could be wrong) so it’s being skipped this year. However, if Apocalypse is as demented as the installation at Comic Con makes it out to be, and trust us it looks very demented, then there’s a great chance of next year seeing the Apocalypse come to HHN. Of course, we could be wrong.

Still, American Horror Story Apocalypse looks like it’s going to recapture the creepiness of Coven, along with the just plain bad feeling of Murder House. Hopefully the trailers will start popping up online soon, and we’ll get an even better look at the returning cast and some new characters for the upcoming season.

Personally, I’m still holding out hope for a return of Jessica Lange, who played a very important part in Season One, but was killed off in season three, and hasn’t been part of the fun since season four’s Freak Show.
Stay tuned for more from Comic Con, and be sure to get social with us on Facebook and follow along with us on Twitter @BehindThrills for the latest updates!

Comic Con: The first trailer for Aquaman has splashed down!