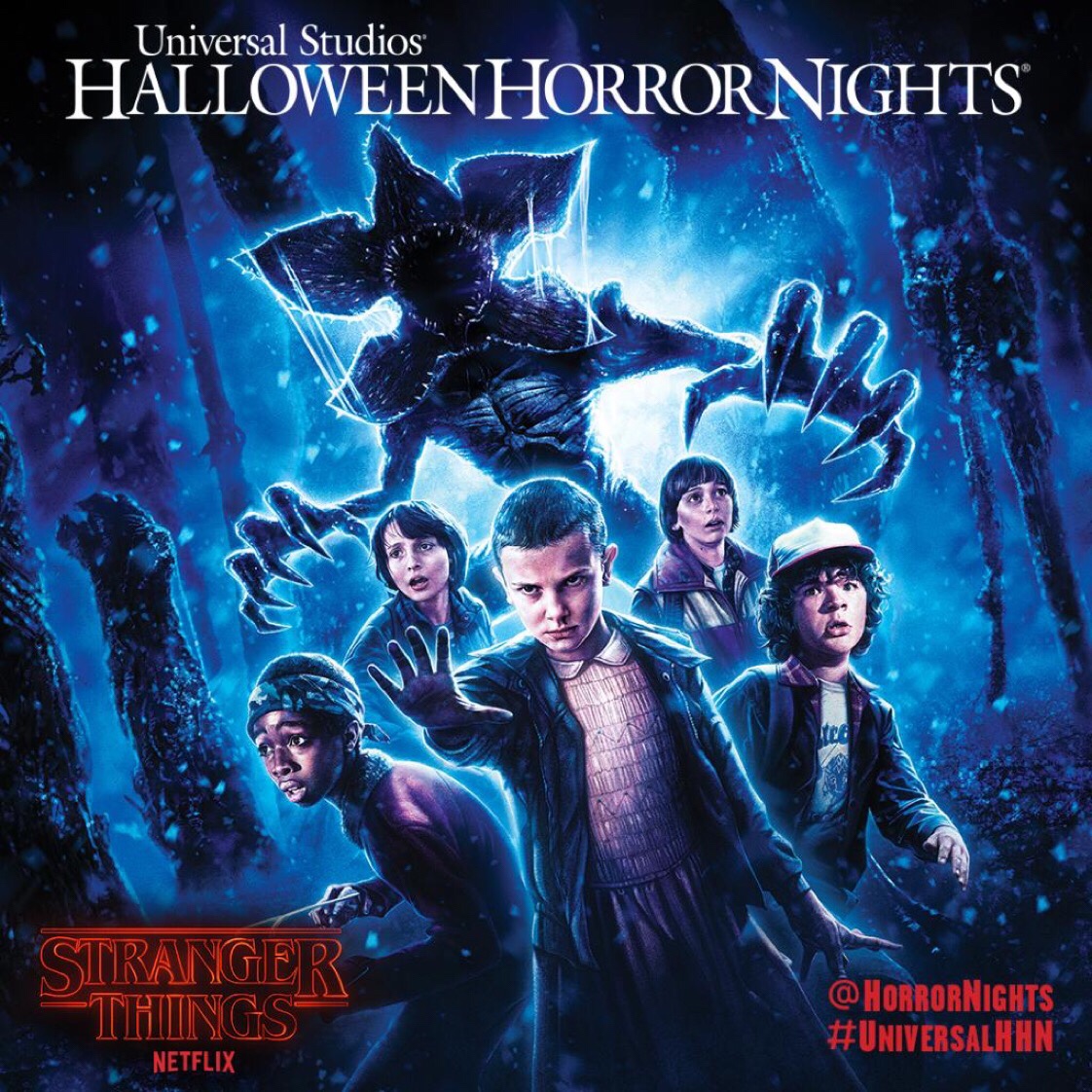 Over the weekend, John Murdy led a panel with Michael Aiello at Midsummer Scream in Long Beach. During the panel we got a little look at the models and characters from Stranger Things. Now Universal Hollywood has released key art for the new maze, and has announced that tickets for the first two weekends are now on sale.

You can save $30 dollars on the first two weekends, and choose one of four free gifts.

In addition, Universal Hollywood has released a little more information about what to expect on their website.

• 8 terrifying mazes based on the most frightening films and television shows ever, including Netflix’s Stranger Things, Trick ‘r Treat, The First Purge and more new mazes yet to be announced!

• Ticket products for other nights of the event will go on sale on August 7, 2018

So there will be eight houses, three of which have been announced. Terror Tram is returning and it could be an original concept from what we’ve been told. There will also be the confirmed Holidayz scare Zone.

The big news here is that a new show will be dropping, which takes place of The Jabbawockeez, who has been a staple for the past three years. It’ll be very interesting to see what new show the park cooks up, and if it will be another dance act or something wholly original.

Also over the weekend, John Murdy accidentally slipped up and let it out that Trick r Treat would not only be a maze, but also a scare zone.

There’s still much more to be revealed, and we can’t wait!