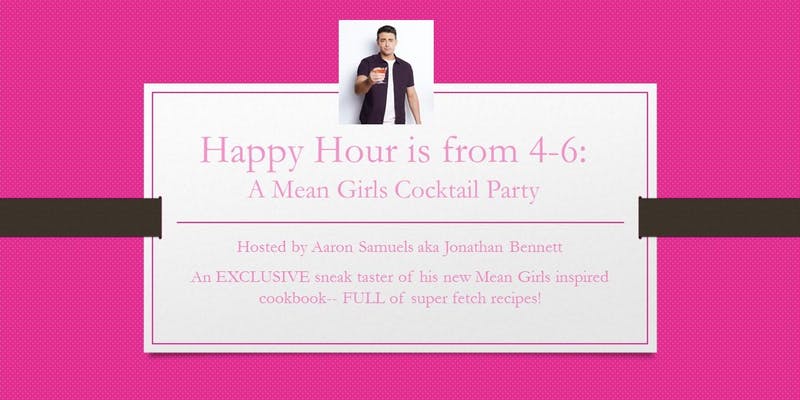 Who didn’t watch Mean Girls and immediately fall in love with Aaron? If that was you, or if you just love Mean Girls then you’re in luck as actor Jonathan Bennett will be hosting an exclusive cocktail party, Mean Girls style. And you’ll also get the chance to taste test cocktail recipes from his new cook book. Yes, it’s a Mean Girls cook book.

The best part is that all proceeds will benefit Give Kids The World.

Join Aaron Samuels aka Jonathan Bennett for an EXCLUSIVE Happy Hour! YOU will be the FIRST ever to taste the super fetch cocktails from the soon to be released new Mean Girls inspired parody cookbook! PLUS they will be hand crafted by Jonathan himself just for you!

The party is intimate and ultra exclusive and proceeds benefit Give Kids The World!

The new cookbook is called The Burn (cook) Book. It features tons of Mean Girls inspired recipes, and cocktails. It is written by Jonathan Bennett, Niki Martin, with a foreword by Lacey Chabert. The new cookbook is part cookbook, part unauthorized biography of the making of the movie, and 100% Fetch.

It sounds like a blast, but it doesn’t come out until October 2nd, but guests to the cocktail party will get a sneak peek at recipes from the book, almost two months early. On top of that, you’ll get the chance to meet Jonathan, and pre-order an autographed copy of the book. And it is open bar.

The party happens August 9th, and tickets will sell out, so get them now! Click here for more information, and to get tickets! 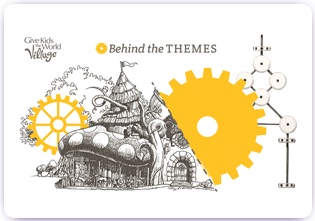