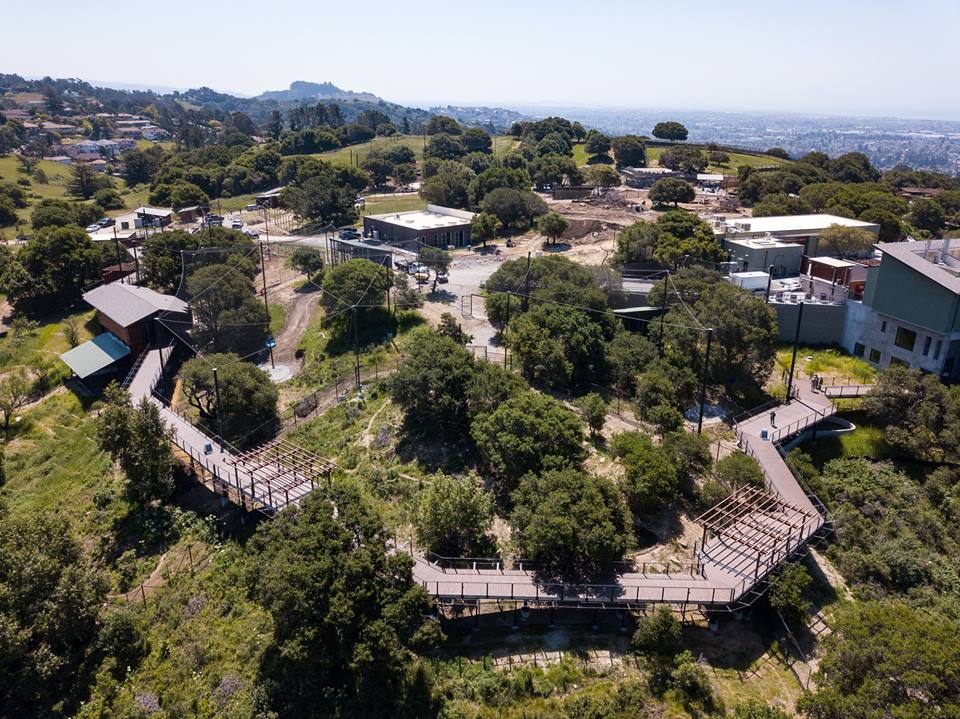 Above Oakland, California sits the Oakland Zoo, with almost 100 species on display within the zoo’s 45 acres. That all changed on Thursday, when its new 56 acre expansion, California Trail, opened to the public. Located at a higher elevation in Knowland Park, the zoo’s new area is accessible by a five-minute aerial gondola ride. On the way up, you’re as likely to see an American Bison lunching on the hillside as you are a spectacular aerial view of Downtown Oakland and San Francisco.

The Bison is one of eight species native to California featured in the new area, and that makes it unique. By limiting the number of species to eight and concentrating on the risks they’ve encountered in the past and continue to encounter, the zoo is able to streamline the quality of its animal care, education, and conservation missions. 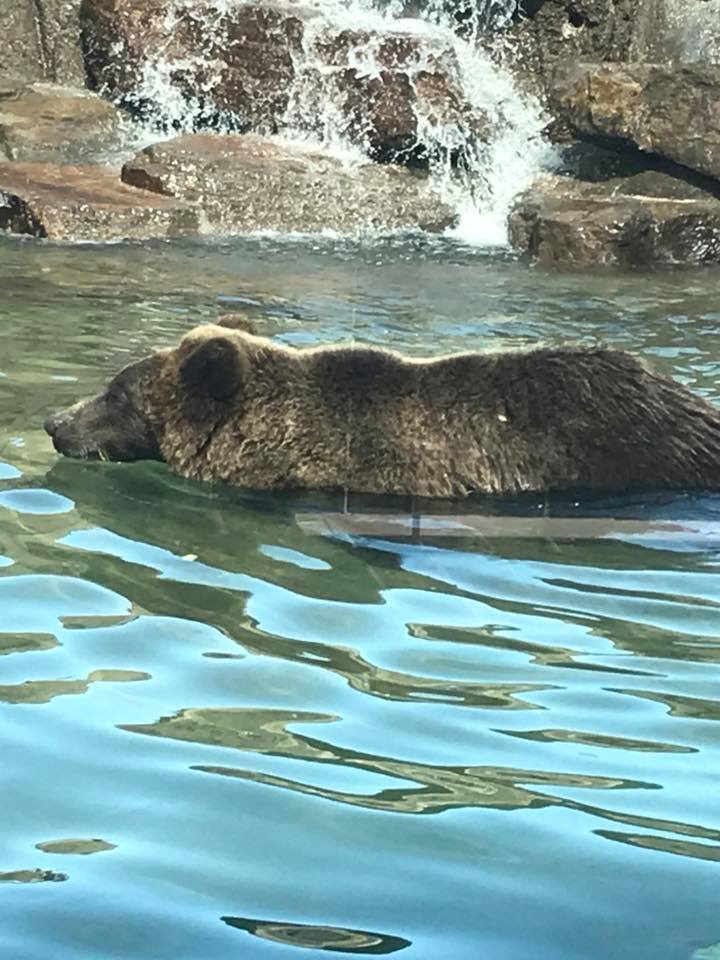 Fewer species mean larger enclosures. The grizzly bear habitat, home to four orphans, measures over 100,000 square feet. That’s more than twice the square footage (at surface) of all of SeaWorld San Diego’s killer whale tanks. The zoo spent numerous years consulting with wildlife researchers and animal behavior experts on the designs of the enclosures, concentrating on creating an environment conducive to natural behavior. We noticed this on opening day when looking through a grizzly viewing window in the “Habitarium” interpretive center, a docent pointed out a black bear on the other end of the property standing on a tree branch forty feet off the ground. 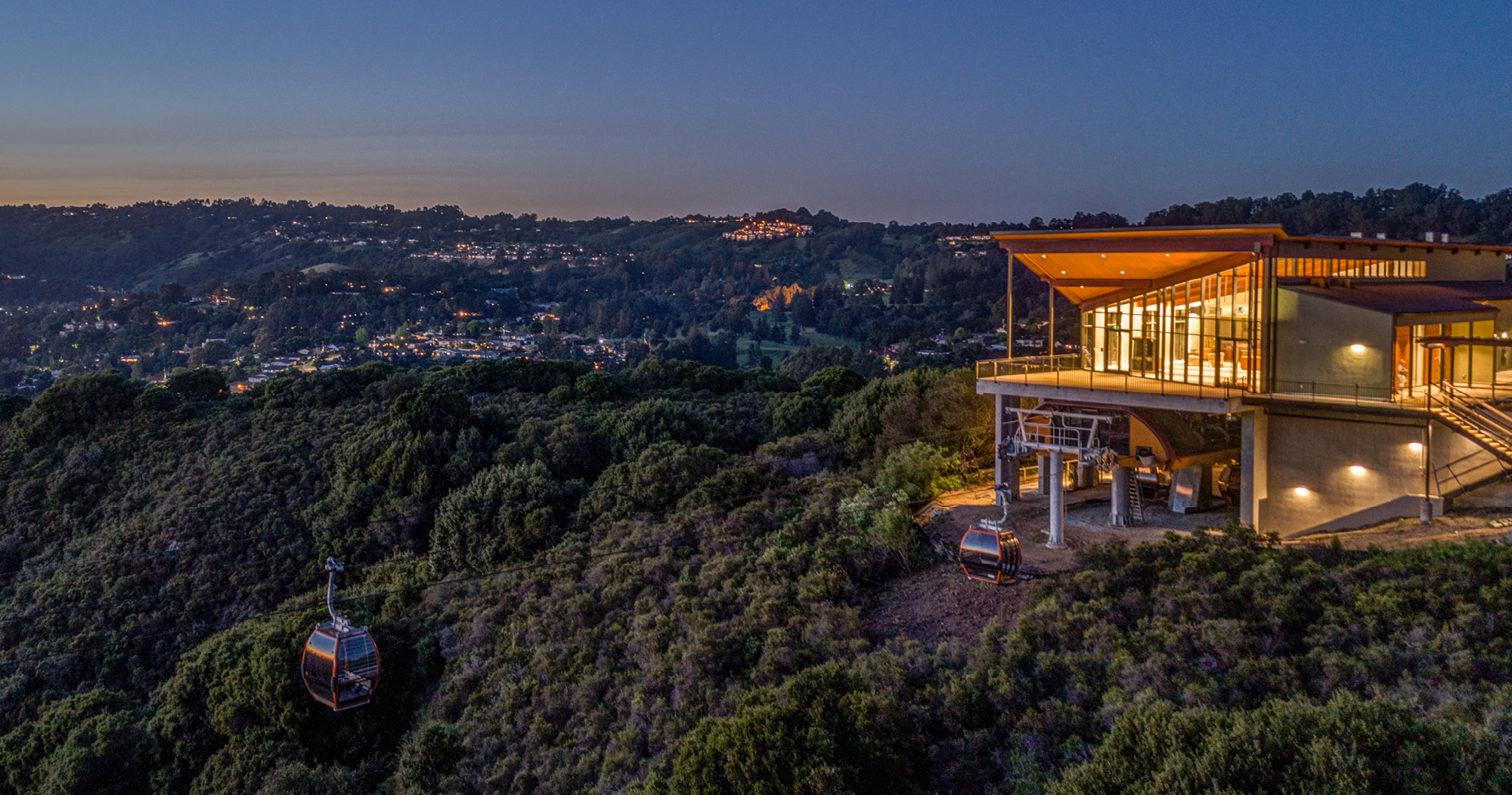 The small number of species also allows for a more comprehensive interpretive experience, with docents stationed at each enclosure, providing an informative and fun lesson about the particular type of animal behind them. The docents also share about conservation measures being used with each species, something the zoo has taken to heart as it changed its operating name to the Conservation Society of California last year and is partnering with a number of leading conservation groups working to protect each of the eight species in the wild. 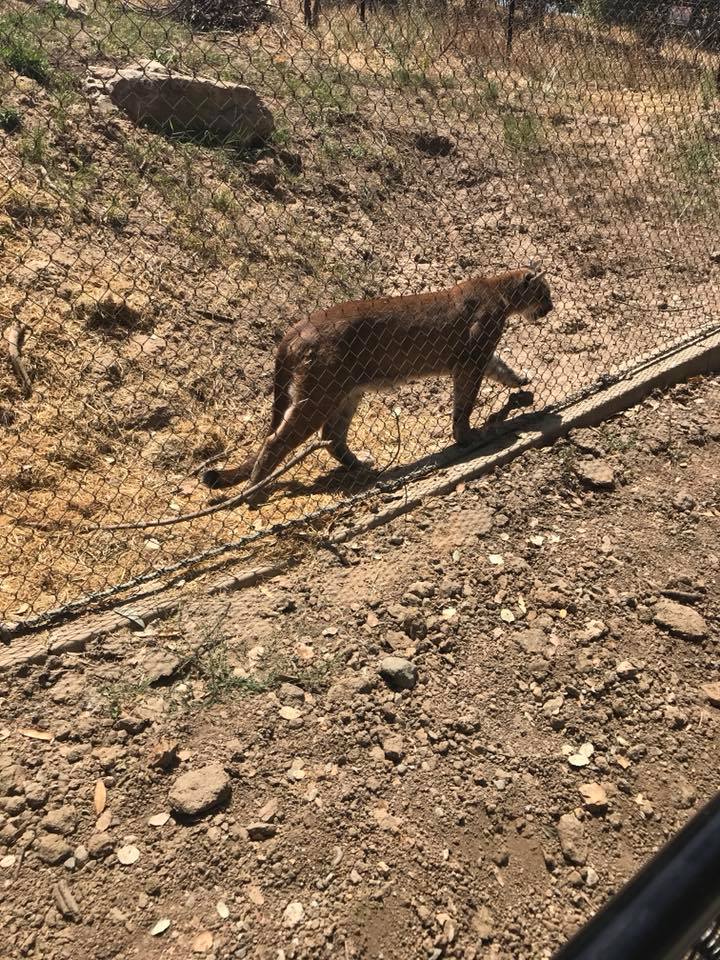 Most the of the animals on the California Trail were rescued as orphans while others are part of a breeding program. During the opening ceremony, the zoo’s CEO, Dr. Joel Parrott, said that “we are part of a program to reintroduce bison to the American West as free ranging wildlife. Not as livestock, not as ranch animals, but as wildlife, like elk and deer. We’re working with the Blackfoot Indians of Western Montana to do that and hopefully get them reintroduced not only on the Indian reservation, but also into Glacier National Park…”

Even without a male, the breeding is well underway. The zoo received 14 female Bison and already its population tops 20. Other animals on the California Trail include the bald eagle, California condor, mountain lion, gray wolf, and jaguar, which were once native to California.

But is it a fun experience? Absolutely. There’s nothing more fun that watching animals be themselves. Take a look at the following video to see what we mean. 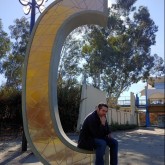