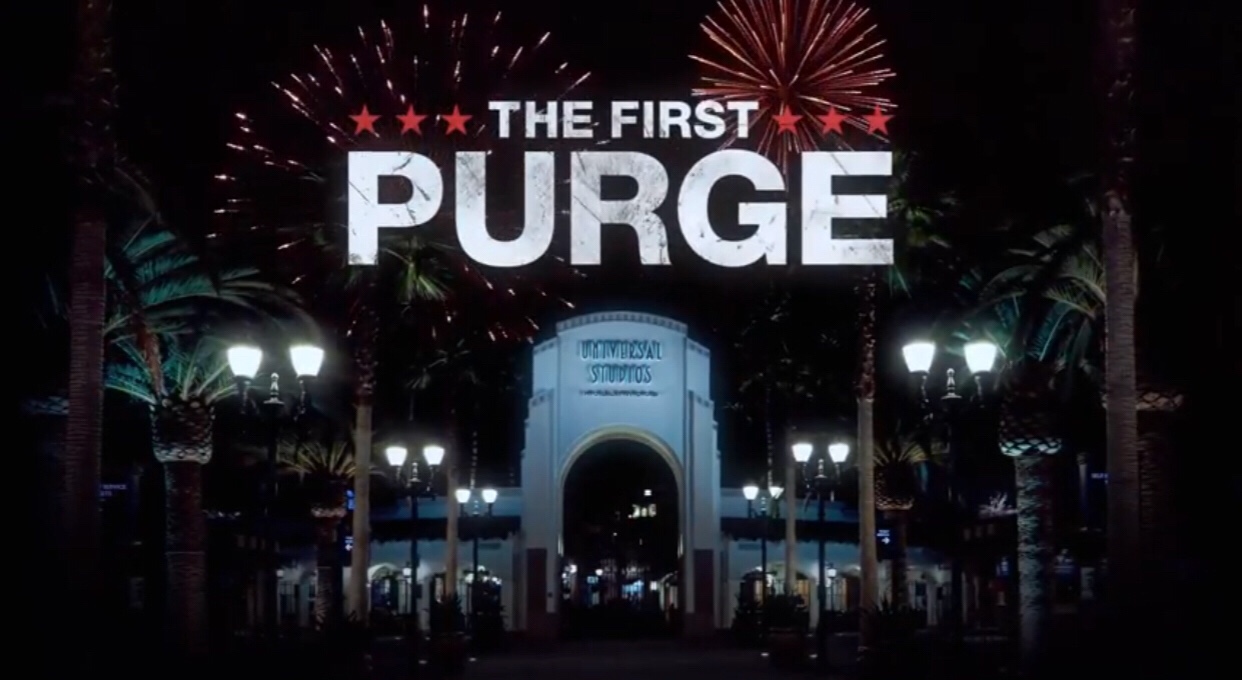 Commencing at the siren, any and all crime, including murder, will be legal for the next 12 hours. Let’s call it a social experiment, and it’s coming once again to Halloween Horror Nights at Universal Studios Hollywood…for the first time?

The First Purge is coming to Halloween Horror Nights Hollywood as an all new maze, and will be a take on the movie that just hit theaters.

“The First Purge” maze will reimagine the movie’s premise, greeting guests with pure unadulterated fear as it brings to life the turmoil spawned by vigilantes. It will place guests at the heart of a controversial sociological experiment empowered by the New Founding Fathers of America’s (NFFA) desire to purge the nation of all hatred and crime by, ironically, permitting crime to take place as a means of ridding society of all ills.”

The property has been at Halloween Horror Nights for several years, mostly as scare zones, and also as the Terror Tram. This is the first time at Hollywood that the film will be a maze.

The property has also been featured at Universal Orlando, both as a scare zone and a maze, dating as far back as 2013. The new film, the First Purge, has been surrounded in controversy, as it seems to hit a little too close to the current political landscape for some. The Purge film series has always walked the line of horror film, and politically charged thriller. It will be interesting to see if Universal Studios Hollywood goes more towards the horror elements, or if it will take the political message to heart as well.

Halloween Horror Nights opens at Universal Studios Hollywood on September 14th for select nights. The First Purge will joining Stranger Things and Trick r Treat as mazes this year, and will join Holidayz in Hell in the streets as a scare zone.

There’s still plenty of more mayhem to be unleashed, so stay tuned!