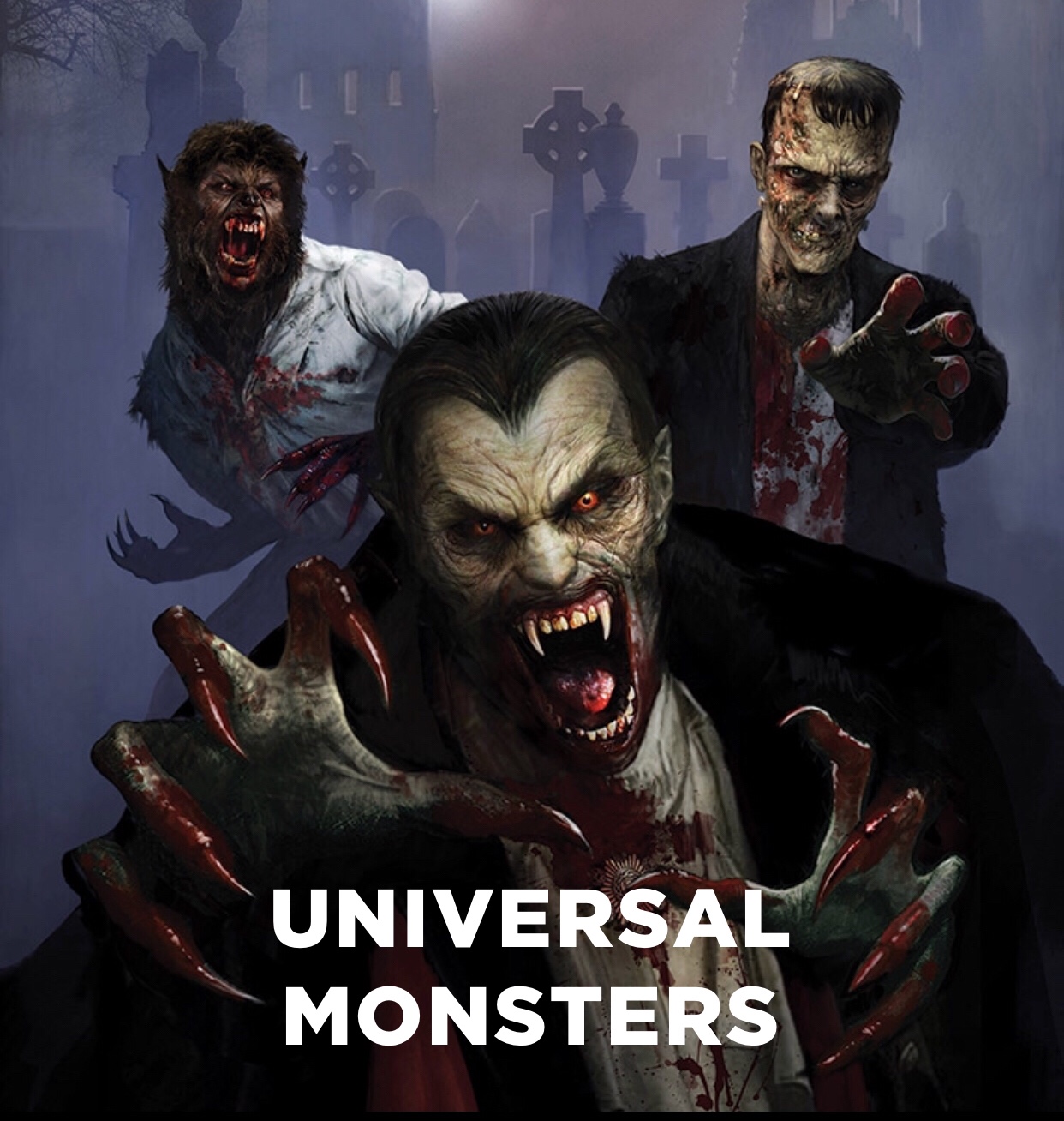 Are you ready for something a little more…classic?

The Universal Monsters have been resurrected once again for an all new maze at Halloween Horror Nights Hollywood. Frankenstein’s Monster, Dracula, The Phantom of the Opera and The Wolf Man, among others will be terrorizing guests as they celebrate the 95th anniversary of the Monsters debut. Even better is that this maze will feature the music of legendary rocket, Slash.

“As a fan of horror movies and of ‘Halloween Horror Nights,’ I jumped at the chance to once again collaborate with Universal Studios Hollywood to produce what might be interpreted as a soundtrack for the maze,” said SLASH.  “Similar to the way music affects a film, I wanted to compose a score for the legions of infamous characters featured in the maze to elicit a greater sense of terror for the guests.  In the end, the goal is to ultimately make the guests feel as if they are playing an integral role in a classic Monster movie.”

“This maze is the ultimate melding of two of history’s greatest icons – classic monsters and the top guitar player of all time,” said John Murdy, Creative Director at Universal Studios Hollywood and Executive Producer of “Halloween Horror Nights.” “SLASH’s intuitive understanding of the characters’ struggles brings enormous depth to the maze to epitomize a living-movie experience for our guests.

“This is the second time we’ve had the great fortune to collaborate with SLASH on a ‘Halloween Horror Nights’ maze,” Murdy continued, “and it is a distinct honor to bring his expertise to the event where guests can enjoy a truly exclusive opportunity.”

What’s more is that we now have a full line up for this year’s Halloween Horror Nights at Universal Studios Hollywood.

This year is going to be pretty epic as Stranger Things leads the charge, followed by the mischief of Sam and Trick r Treat. Michael Myers returns in Halloween 4, the classic Poltergeist brings us the light. The First Purge will put you through 12 hours of hell as you try to survive the night. And Blumhouse of Horrors brings us the terror of being Unfriended, and Truth or Dare to life along with a third surprise ending.

There are five new scare zones this year, mostly original as the park becomes covered in mayhem and terror.

Every day is Halloween in this irreverent send up of the Holidays of the year. Encounter creepy Cupids, lecherous Leprechauns and evil Easter bunnies as you take a terrifying trip through these psychotic seasonal celebrations…screaming all the way!

There’s been a terrible industrial accident deep inside an underground utility tunnel. The noxious vapors that were released have transformed the emergency workers into radioactive monsters, filled with an uncontrollable rage and hell-bent on our destruction!

Enter a pagan harvest festival where the dark spirit of Halloween was born! The streets are filled with strange bewitched dolls, brought to life through dark magic. This army of evil dolls are looking for the next victim for their human sacrifice…will it be you?

The frightening characters from writer/director Michael Dougherty’s anthology horror film Trick ‘R Treat have descended on the small Midwestern town of Warren Ohio during their annual Halloween celebrations. Lurking in the fog are vampires, werewolves, zombie school children and Sam, the vengeful spirit of Halloween who will stop at nothing to ensure his rules for the season are being upheld.

Step into the fog-enshrouded streets of old Paris and enter “The Danse of the Dead,” a macabre monster masquerade ball inspired by the original Universal Classic Monster movies The Phantom of the Opera and The Hunchback of Notre Dame.