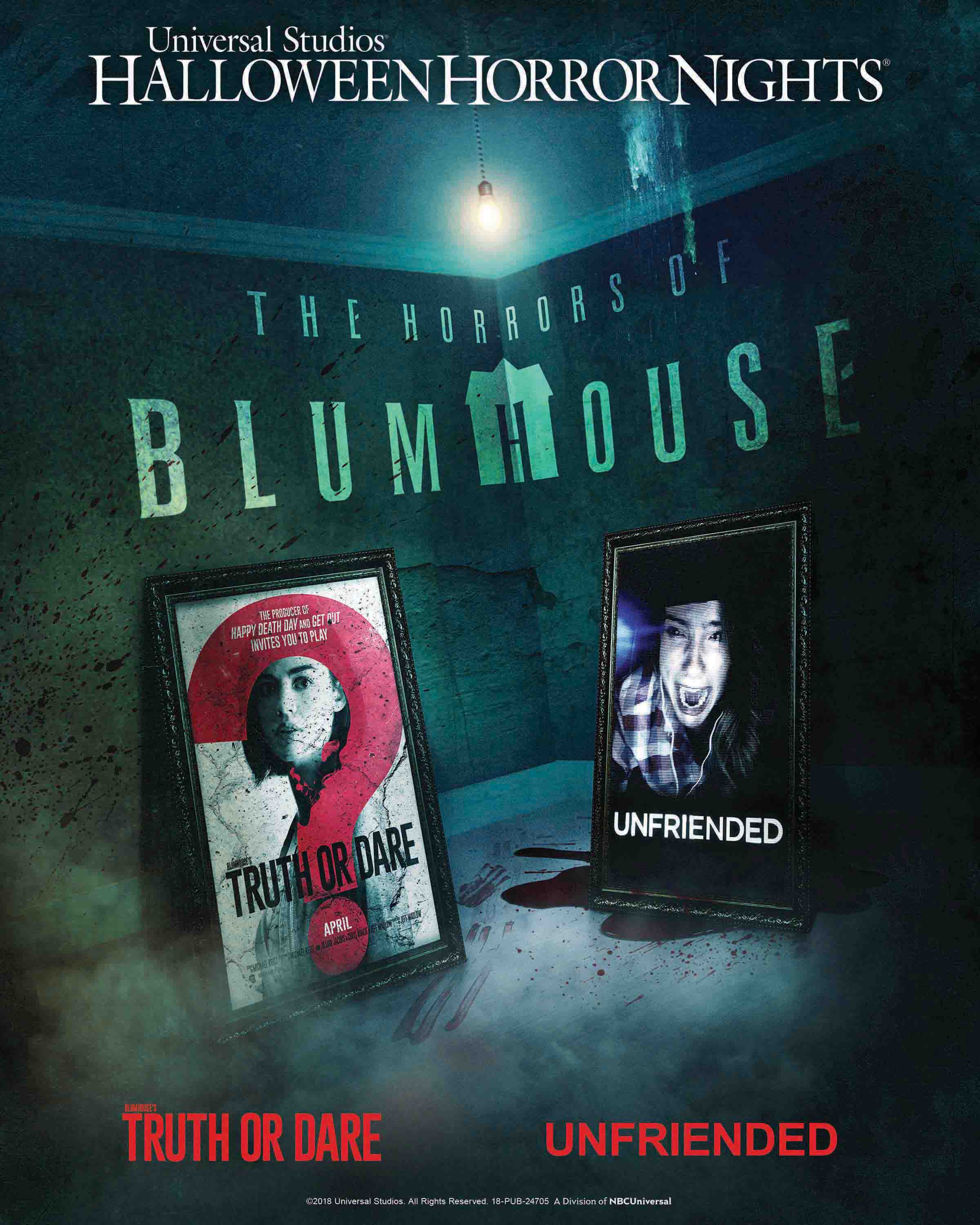 One of the sleeper hits of last year’s Halloween Horror Nights, at least for me, was the Horrors of Blumhouse. The maze brought out not one, but three of the Powerhouse Horror Studios biggest films. It was both at Universal Studios Hollywood and Universal Studios Florida, and it brought the inherent creepiness and terror of the films that Blumhouse are known for. This year, they’re back…and they’ve brought a big new roster of devilish delights with them, with several new films in one amazing maze.

This year there will be two new films in each maze, and each coast will have different versions of the maze.

In Hollywood guests will survive a game of Truth or Dare and the get Unfriended as the two hit Blumhouse films get brought to life. Then you’ll answer cries of help and get pulled into a third story that will remain a surprise until the very end. 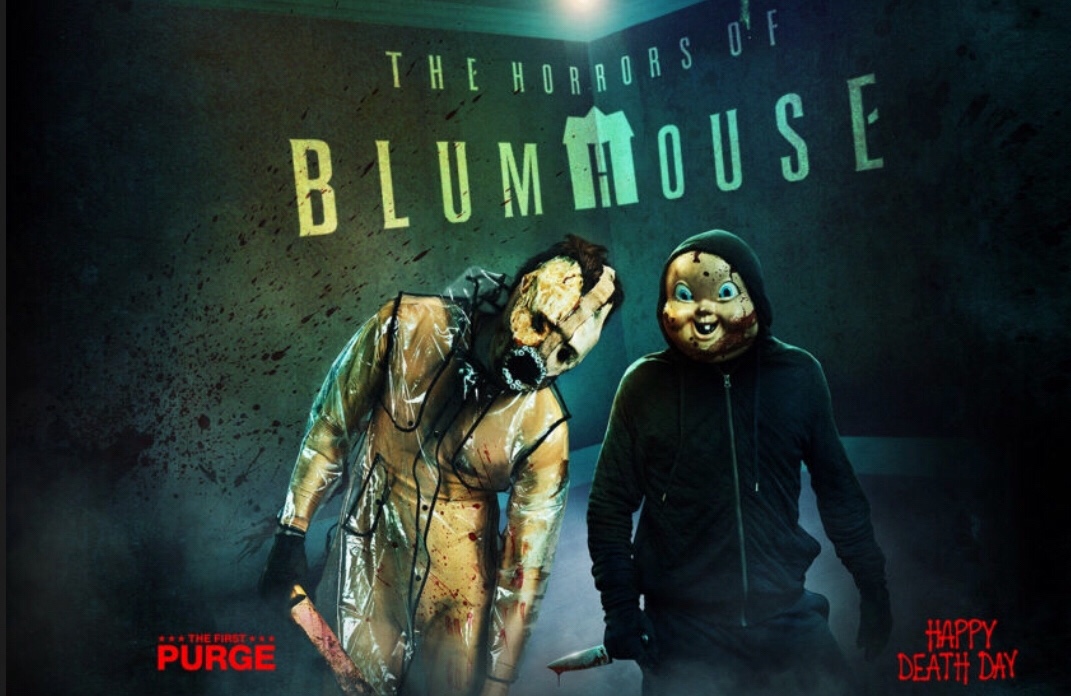 The terror continues with two amazing stories, that there really no escape from.

Happy Death Day will take you to college to die over and over again, and if you thought The Purge was over…think again as Universal Orlando takes you back to The First Purge.

The beauty of the Blumhouse mazes are that you don’t get just one terrifying film, but two. It also showcases a massive range of films from the little studio that has become a powerhouse in the horror industry, and has put the focus on very moody, intense films.

Want to see the terrors of last year? Of course you do!

Halloween Horror Nights will run on select nights from September 14th until November. Tickets are on sale now!