As the last embers of Summer are dying down, the shadows are getting longer and the pumpkins are starting to ripen. It’s almost time for the scariest time of year, when chainsaws rev, blood splatters and backwood cannibals become all the rage. Knott’s Berry Farm will transform into the longest running Halloween theme park event for the 46th annual Knott’s Scary Farm on September 20th. As always, Knott’s gathered all the madness and mayhem for a huge event (they call them passholders) to announce the full line up for 2018. This year, there’s two new haunted mazes, and three new shows. Plus there’s four scare zones, Halloween layovers of your favorite attractions, a dance party zone, atmospheric horror and just so much happening that there’s no way you’ll be able to cram it into one night.

This year there’s two all new mazes, and seven returning favorites. The gory gets gorier, and the demented gets even more demented.

Teleport beyond earth and into a realm where the darkness is
absolute. In the depths of space, a lone station faces terror beyond all imagination. An
extraterrestrial mutation has invaded the station, and it’s on the prowl for new hosts. The
unearthly inhabitants’ force increases as it feeds on its unwilling victims. Escape the dark
entities before its deathly force eliminates all living form aboard the station. There’s nowhere to
escape when time is running out! 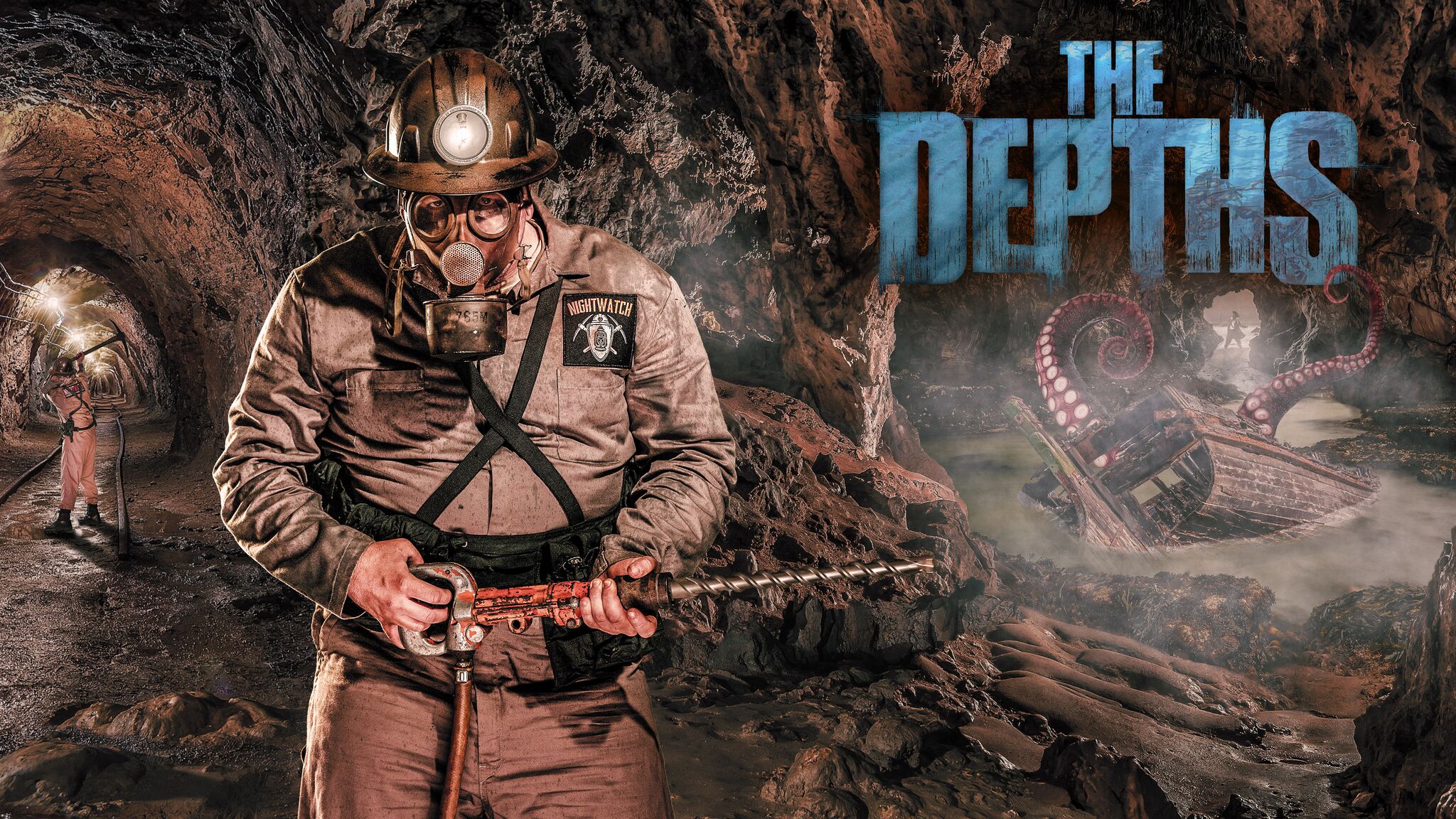 A heavy fog drapes over an abandoned port village where
ancient creatures lurk inside the pitch-black underground caves hidden below the seaside
shores. The Nightwatch Mining Crew has mysteriously disappeared and village rumors point to
the eerie tunnels the town sits upon. Myths of the terrifying horrors that lurk within the cave have
often been whispered but never confirmed. Did the crew meet their demise at the hand of
vicious creatures that live within the cave? Journey into the dark caverns and follow the crew’s
path into The Depths and discover if the superstition revolving around the cave is true or not.
But be warned! All who have entered have never resurfaced 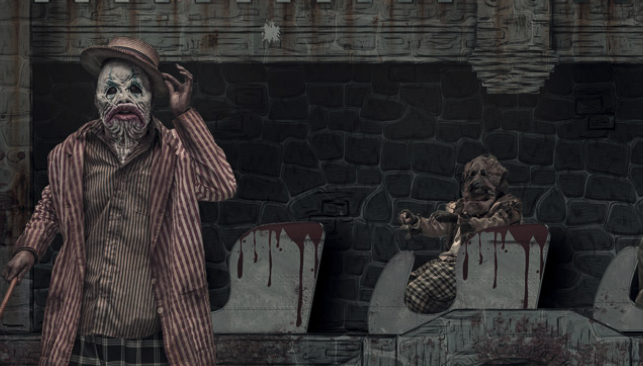 Journey through an abandoned carnival ride where cruel carny folk still linger in the shadows in Dark Ride, Knott’s Scary Farm’s newest maze. The shunned performers have created an ominous world of terror which they plan to unleash on those who enter. Dark Ride will lead brave visitors through a treacherous path and into the bowels of a long-neglected attraction, as sinister shadows and horrifying scenes cast gloom over the once pleasant ride. It’s everyone’s worst nightmare, being helplessly surrounded by clowns without a way out. 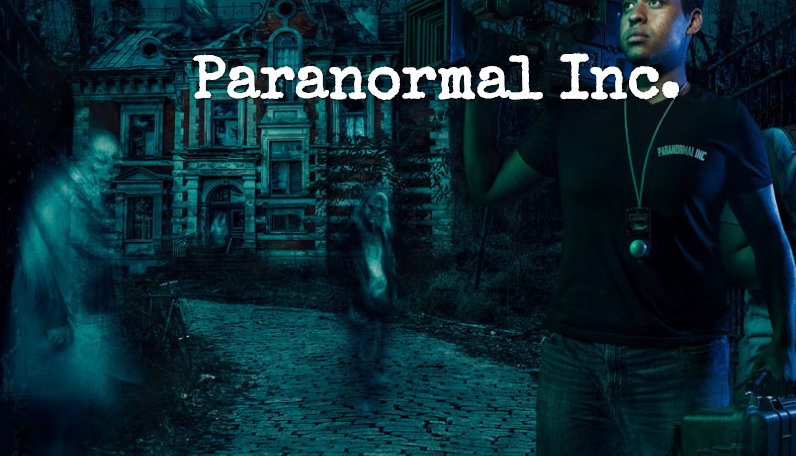 Paranormal Inc. features high flying aerial stunts and scares as guests help investigate a haunted hospital where the patients were tortured for decades by deranged doctors and nurses. Demonic spirits of the murdered victims have been detected throughout the mysterious halls, while evil medical staff prowl for new patients to torture. 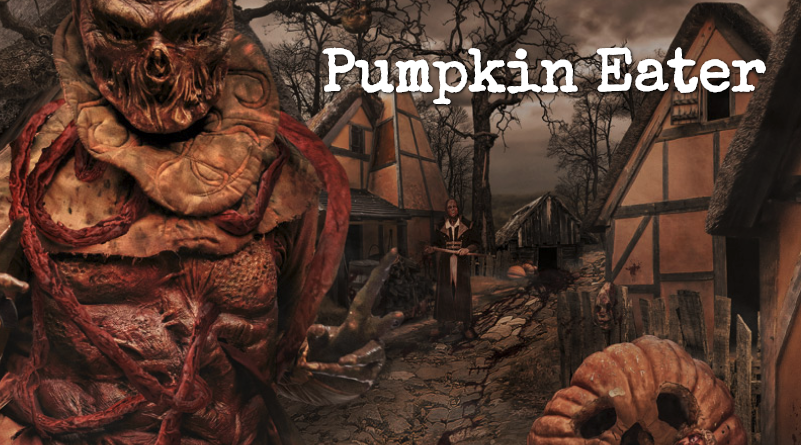 Survive the wrath of the murderous 7-foot tall creature that haunts the old woods surrounding The Hollow in the new maze, Pumpkin Eater. The notorious creature is on the prowl hidden within the dark confines of the haunted town he once terrorized. To escape the sinister Pumpkin Eater’s wrath all that enter must go on a quest through the silent town of victims, face a cave of crawling insects and solve the labyrinth of thorns that blocks the way out. 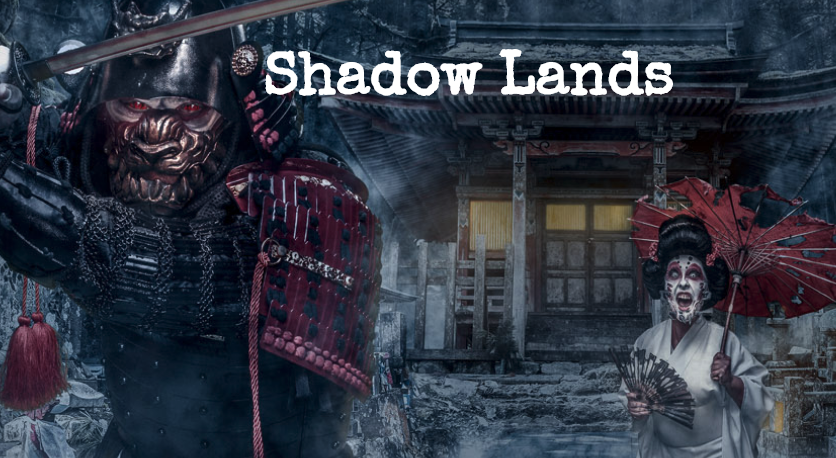 A fulfilling life ensures a soul safe passage into eternity, but what happens to the souls of soldiers slain in battle? Enter the hair-raising Shadow Lands maze and fight off demon samurais whose souls are cursed to rot within the depths of purgatory. Guests will embark on a quest through a sacred shrine, an ancient Japanese temple and into the midst of the shadow lands. 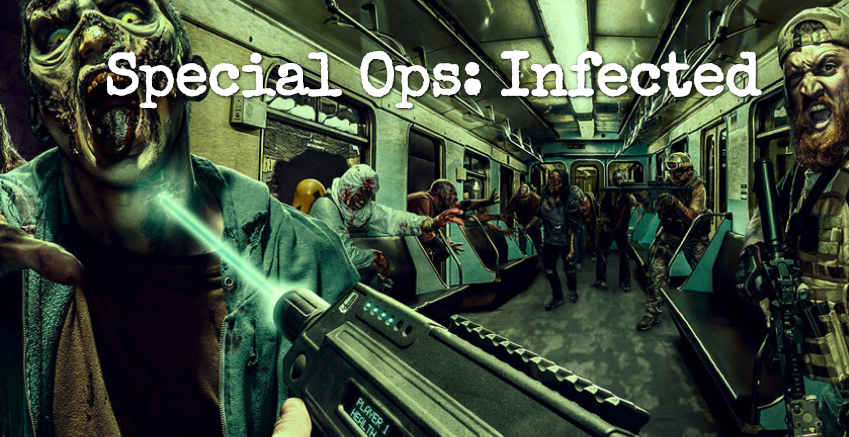 Armed with cutting edge laser guns, brave guests will face off against hordes of zombies in the groundbreaking Special Ops: Infected interactive maze. Small units of guests will battle the zombie apocalypse through blood soaked city streets and an underground sewer system crawling with nearly one hundred ravenous zombies. The high tech innovative experience thrusts guests into the middle of a live-action video game complete with live actors, real time scoring system, kill streak rewards system and interactive targets, including a juggernaut boss zombie. The new attraction is one of the largest mazes ever created in Knott’s Scary Farm history so form your squad and put your zombie apocalypse survival skills to the test in this action packed, one-of-a-kind experience.

Groups must work together to fend off zombies and complete terrifying missions before time runs out. If zombies drag their bodies too close, the un-infected’s guns temporarily deactivate, compromising the safety of the entire team. Soldiers with the deadliest aim will be celebrated with a tally of the number of zombies killed on display board for other survivors to see each night in base camp.

There is no additional charge for Special Ops: Infected. 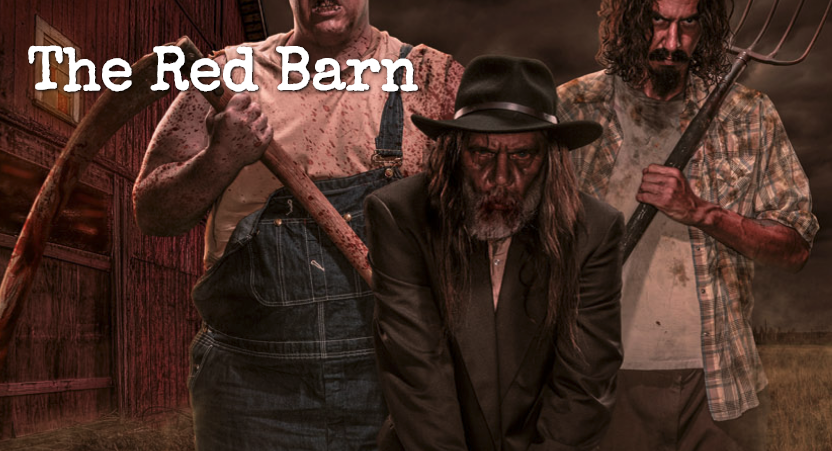 Take a trip to a blood-soaked barn filled with carnivorous animals seeking to prey on human flesh in the Red Barn gore maze. Legend has it the farmer who owns the barn was transformed into a heinous creature that sends his sadistic sons to ensure his legacy. None dare enter the barn, for those who enter never escape.

Trick or Treat: Lights Out

Are you afraid of the dark? You will be.  Armed with only a faulty flashlight, explore the creepy house at the end of the street, in the upgraded Trick-or-Treat: Lights Out maze. Face the terrors  of the house in complete darkness as your interactive flashlight reveals the horrors hiding in the shadows.  Featuring new state-of-the-art effects, unexpected scares and other eerie surprises, Trick-or-Treat: Lights Out will terrorize you like never before.

Four epic, sprawling scare zones fill the streets with screams. This year there’s a brand new terror in an old part of town. 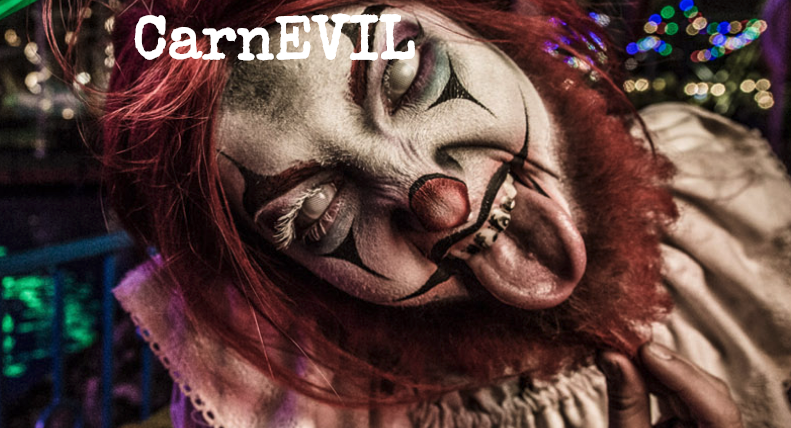 Knott’s Boardwalk is taken over by “CarnEVIL,” where the freak show is the main event and countless clowns crave your undying attention. 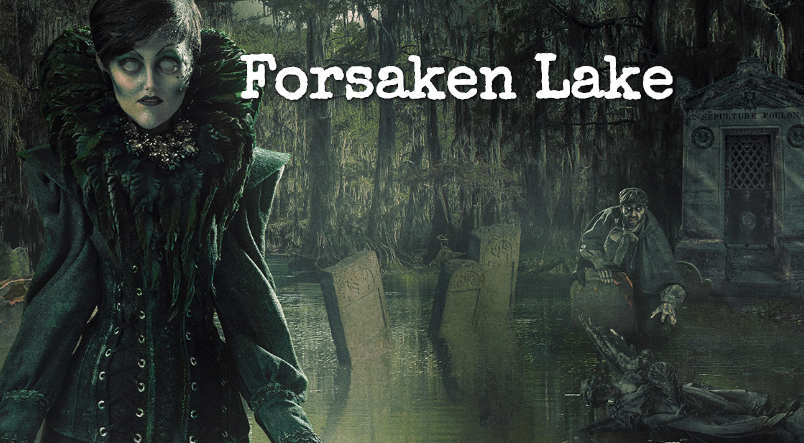 New for 2018 – A new and unearthly scare zone is making its sinister arrival to the park, Forsaken Lake. For the first time, the lake underneath Silver Bullet reveals the horrors and creatures it’s kept hidden, until now. Forsaken Lake will unleash gothic creatures, which have been ravaged by the dark and murky waters, as they wander their crypts preying on unsuspecting visitors, looking for victims to drag back to their watery graves.

From within the fog, the legendary Headless Horseman and his army of the undead are ready to unleash a reign of terror in the newest scare zone, The Hollow. Guests entering the frightful 6-acre area will be terrorized by the souls of fallen soldiers and local farmers that have escaped their shallow graves. 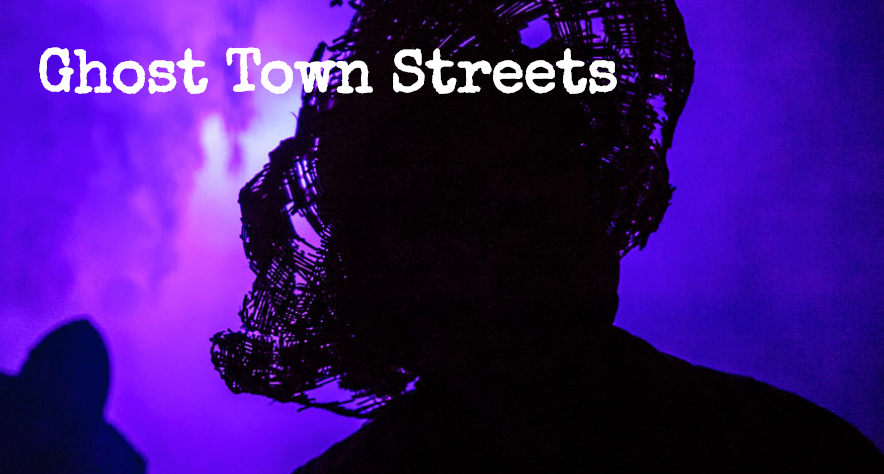 Ghost Town Streets is the original – and still most terrifying scare zone – that started it all. Bands of half-human, half-animal monsters prowl the streets and inhabit the fog. Beware the notoriously startling Sliders who lunge from every fog-filled corner of the land.

Three all new shows, and you know The Hanging is one of them and this year it’s called “Shh… It happens.”. After all, there’s got to be ONE theme park haunt out there with a long running comedy show, right? The two others promise to be amazing, as only Knott’s can do. 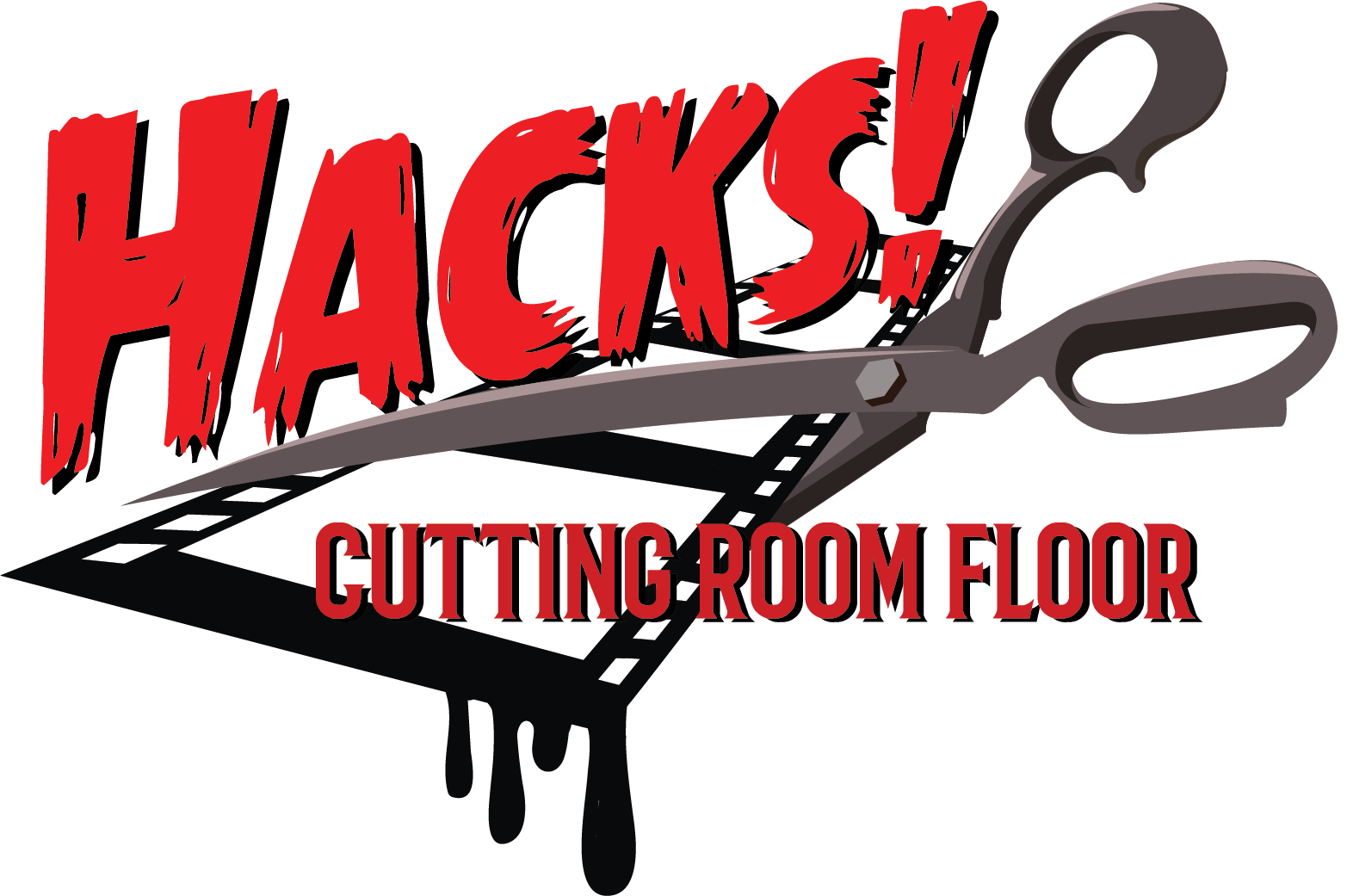 In HACKS – Cutting Room Floor, the unique, twisted, improvised comedy antics of “Hacks” returns to Knott’s Scary Farm with a brand new show in the Charles M. Schulz Theatre. This time around, they have taken
over a run-down movie theater and with the help of the audience and lots of “B” horror films, they create on the spot, a Halloween show that will have you screaming with laughter. 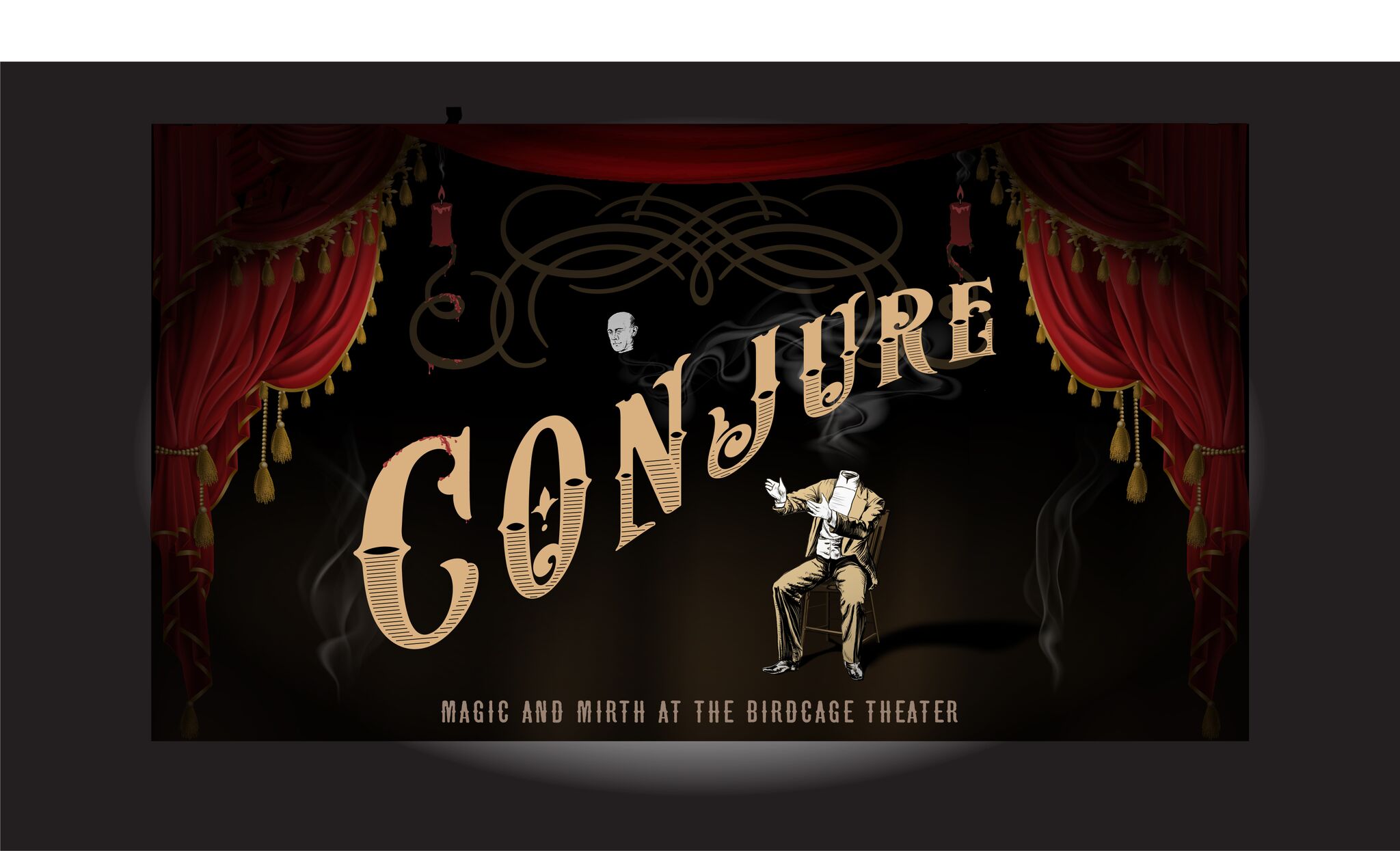 The Bird Cage Theatre will once again become the home of comedy and magic in CONJURE – Magic and Mirth in the Bird Cage Theatre. Join award-winning magicians and Fox’s Masters of Illusion regulars as they take the stage to amaze and amuse. Witness magicians Dana Daniels, Taylor Hughes, and Chipper Lowell front and center as they perform on select nights. This looks like anothe monster year for Knott’s! Let us know what you think in the comments below.

In addition to the shows, the scare zones and the mazes, there’s even more gory goodness coming from Knott’s. 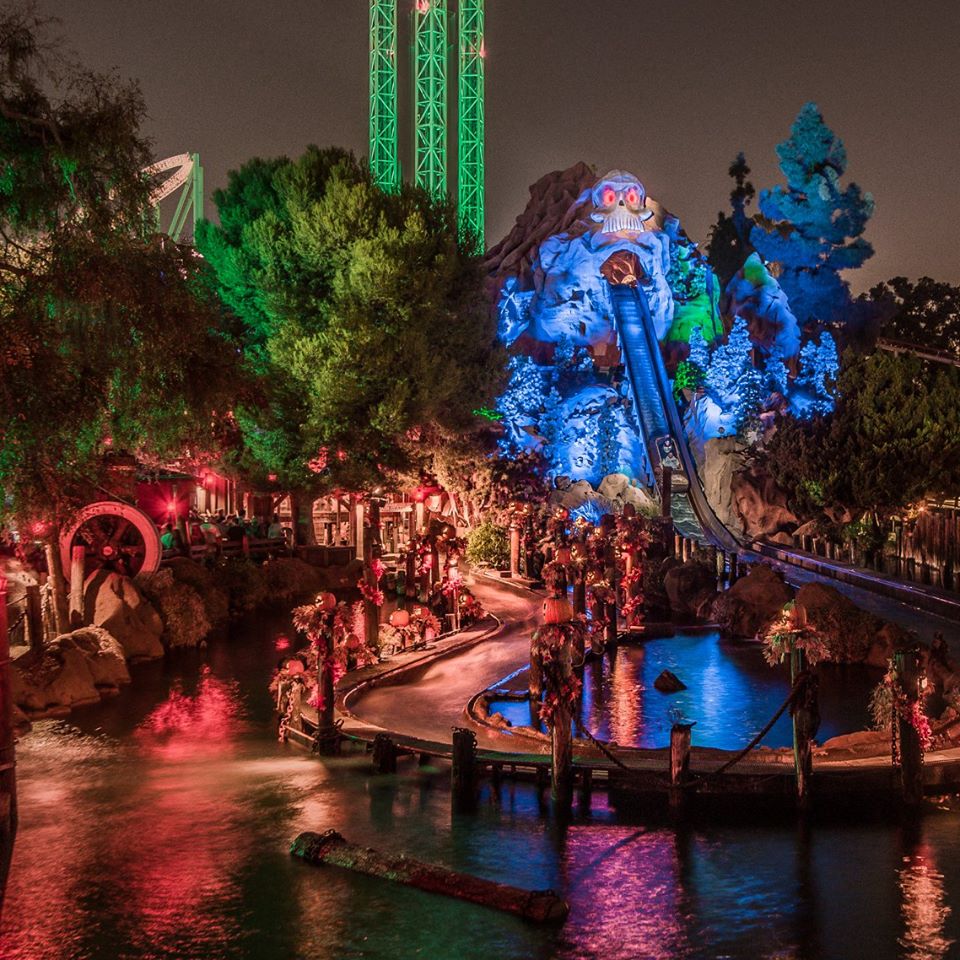 Every year the citizens of the Timber Mountain invite the mysterious creatures that live out in the woods and caverns of the area to join them as they celebrate the season at the Halloween Hootenanny. The ride’s interior will feature new surprises as guests venture past the Calico Coffin Creeper band, the town’s green witch and splash down Skull Mountain through a labyrinth of jack-o-lanterns. The seasonal ride will also feature an original song performed by Krazy Kirk and the Hillbillies. In the evening, the Timber Mountain comes to life with additional scares. 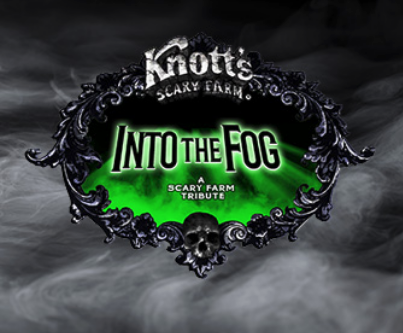 Into the Fog is a brand new art show specially curated for the discerning Scary Farm fan. The show is home to almost 40 pieces of original art by 35 unique and talented artists from across the country. These artists have drawn inspiration from Knott’s Scary Farm’s rich 46 year history and we’re certain you’ll find an original or print you’ll want to take home with you.

Along with the Scary Farm art show, the Bizarre Bazaar will be filled with all sorts of souvenirs any Halloween fan will be dying to get their hands on.

What do you think of this year’s line up?

Stay tuned for more from Scary Farm, and be sure to get social with us on Facebook and follow along with us on Twitter @BehindThrills for the latest updates!

For more information about Knott’s Scary Farms, including tickets, visit the official website by clicking here!