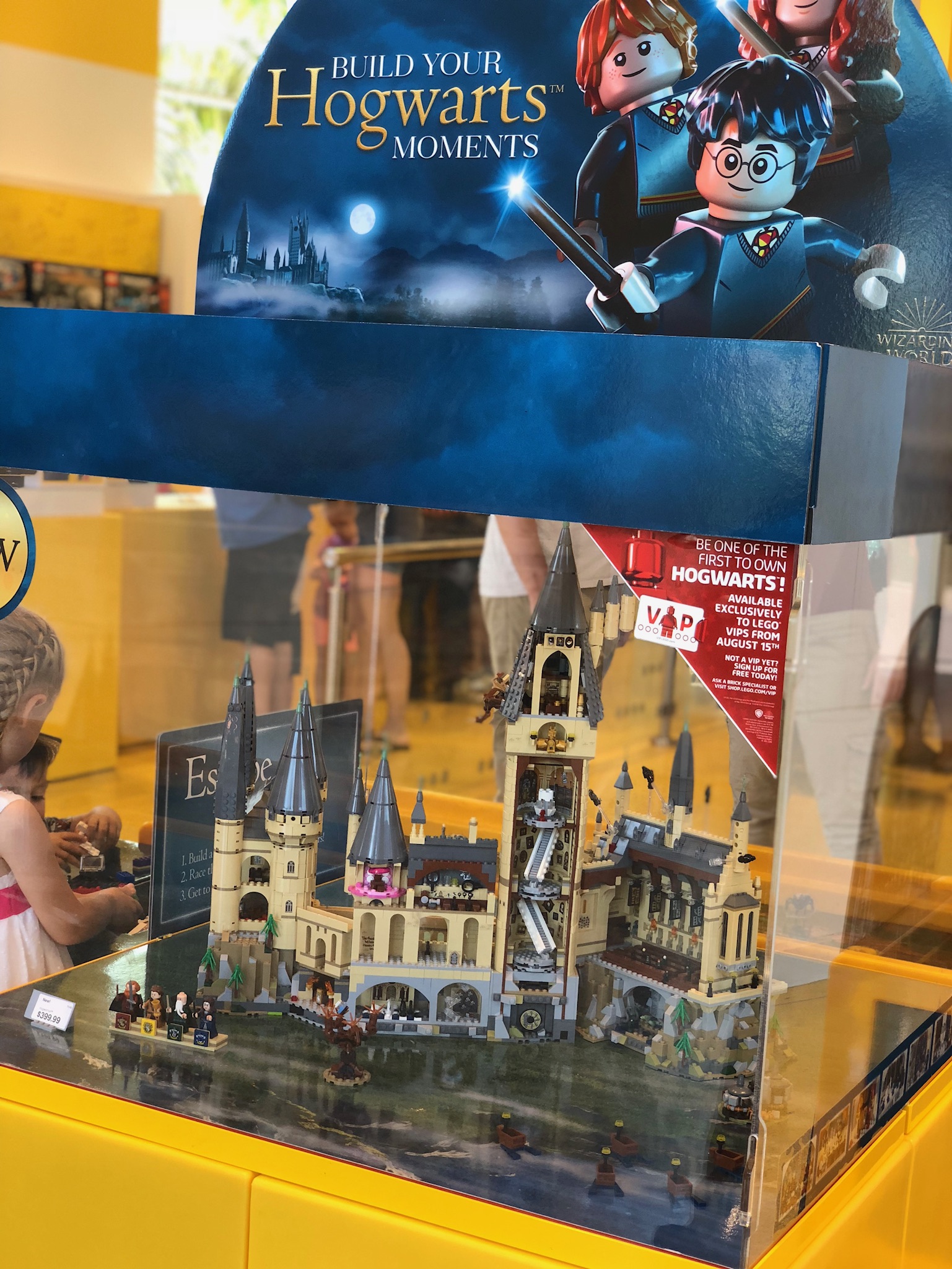 It’s going to be one of the biggest sets ever built when it’s released on September 1st. The Lego Harry Potter, Hogwarts Castle is massive with over 6,000 pieces and features pretty much every single character that you could think of. While the set doesn’t officially hit store shelves until September 1st, you can get a sneak peek at what it looks like, fully assembled at the Lego store at Downtown Disney at the Disneyland Resort in California.

Hogwarts is over 22 inches high, and a whopping 27 inches wide. The castle has several scenes within the model, and includes four founding member minifigures, and 48 microfigures.

Here’s all the details:

See the castle on display now, and be sure to add this one to your Christmas list, as it will likely be a hot item this year.