HHN 2018: Behind the Upside Down of Stranger Things at Halloween Horror Nights Hollywood 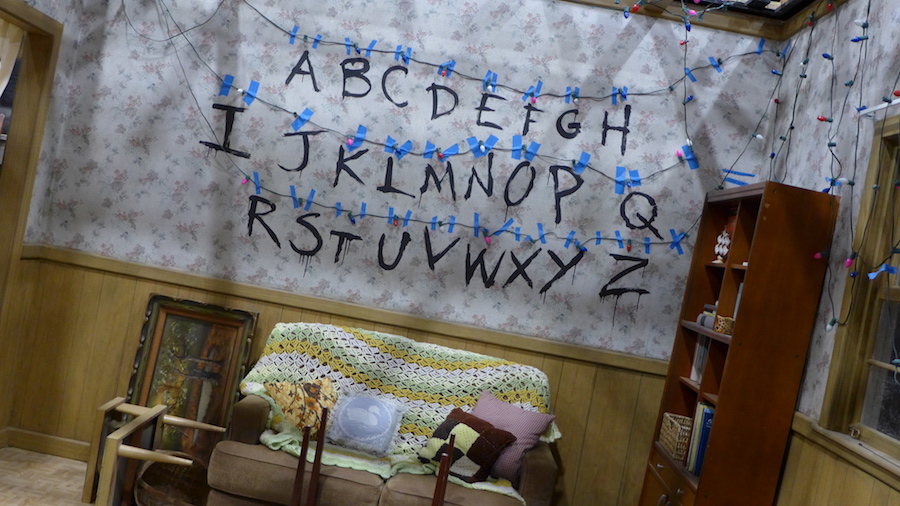 Halloween Horror Nights will take guests into the Upside Down this year, as Stranger Things from Netflix is a featured maze at this year’s event. Before you heat up your Eggo’s, we’ll take you behind the scenes and show you just a bit of what to expect during this year’s event. 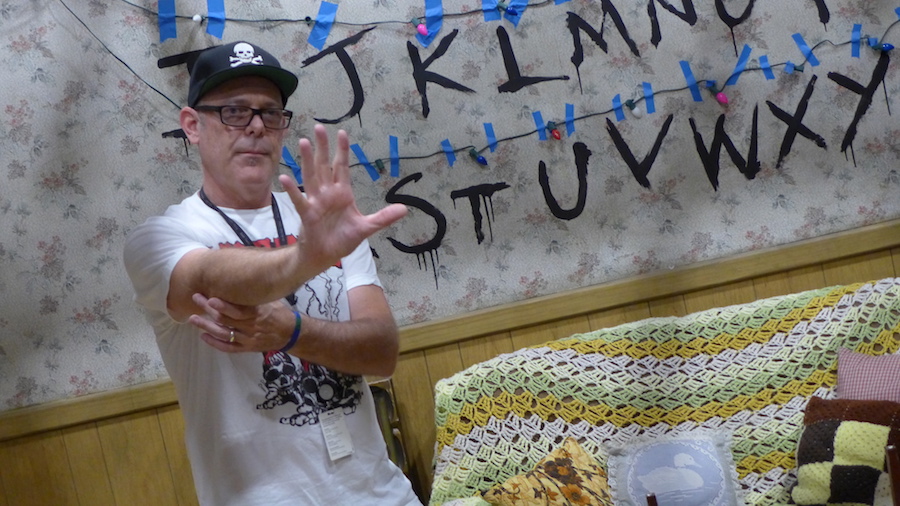 We had the chance to hang out with HHN Creative Director, John Murdy earlier this month for a behind the scenes look at the new maze. We can’t show you everything, but we can give you a small glimpse at what to expect, and what you can expect is that it will be HUGE. We don’t just mean that it will be popular (because it will), but it will be one of the biggest mazes that the park has ever done. Guests will walk onto Soundstage 29. This is the first time that a Soundstage has been used since Alien vs. Predator did it’s two year run a few years back. It’s also the first time that Soundstage 29 has been used for a maze, which means that anything can happen. 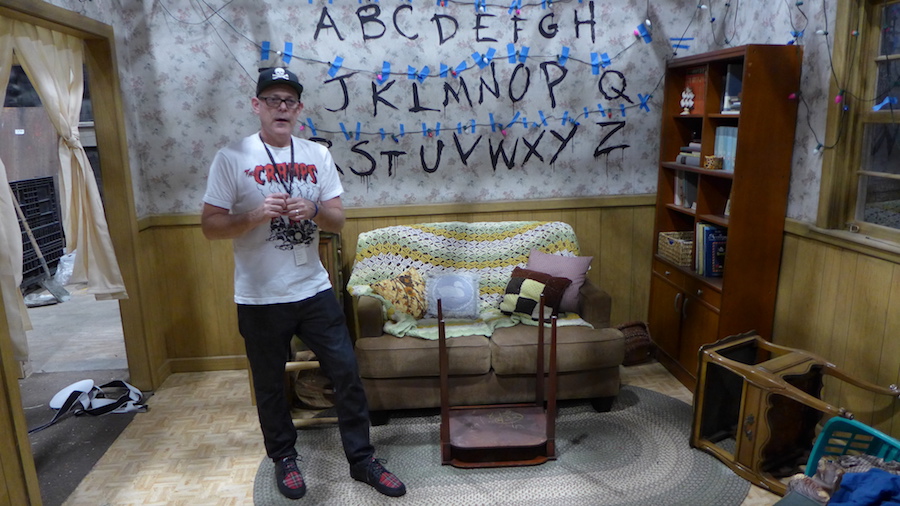 While the location of a maze doesn’t always mean anything, this year it means EVERYTHING for Stranger Things. It means that the set pieces are pretty big, and that there’s a lot more detail here than you might find elsewhere.

Once inside the maze, you’re right in the middle of an episode, as Will has been missing and all that’s left of him is his bike, with a lamp flickering. You go through all the major scenes of the show, which goes from Mirkwood, the Byers House, Castle Byers and yes…the living room where Will’s mom has set up Christmas lights. You’ll see them light up, and then spell RUN. In fact, there are hundreds of Christmas lights running along the top of the maze, and those are there to guide guests through the maze and back to safety. While that might sound like an easy addition, each light had to be programmed and put in place. That took forever for the creators to do. 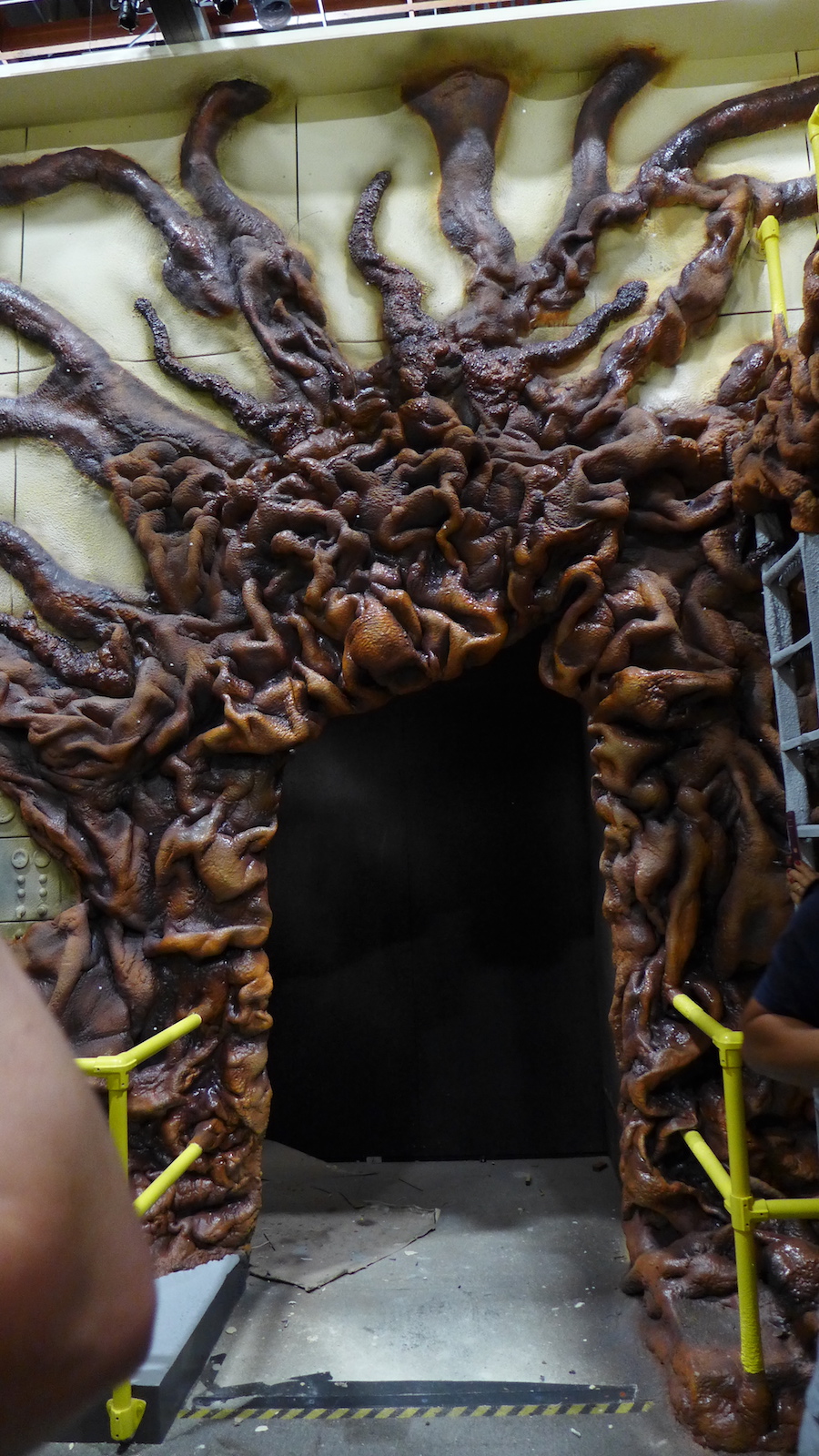 And yes, you will see the lab, the white vans and of course you’ll go into the Upside Down. Because Stranger Things is in a soundstage house, that means that they had a little extra room to play with, and everything is just about full sized. 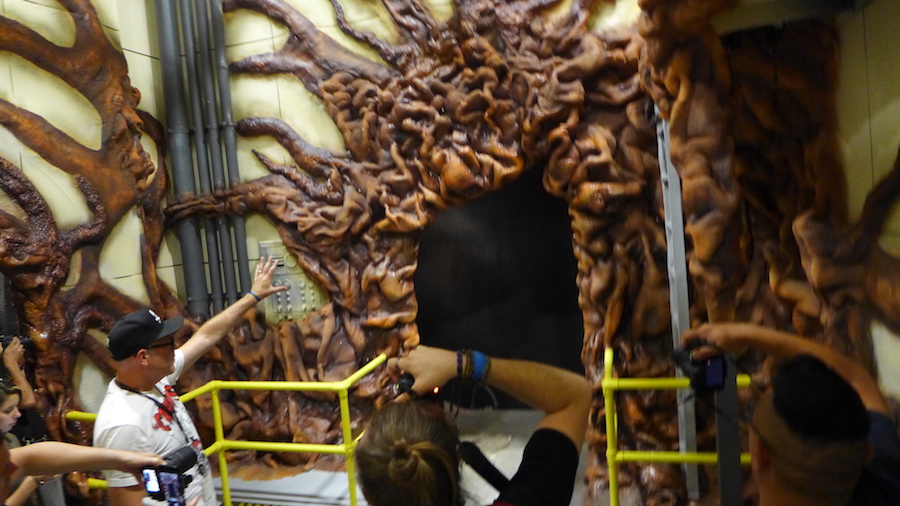 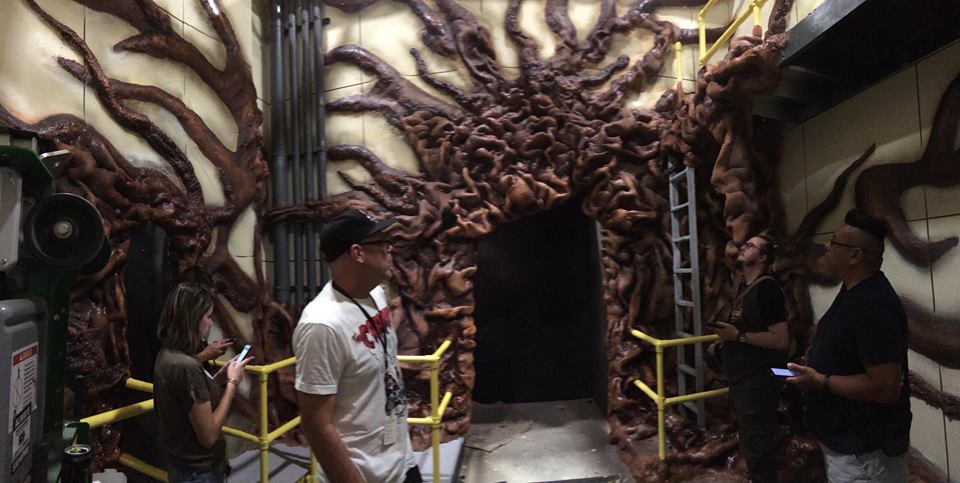 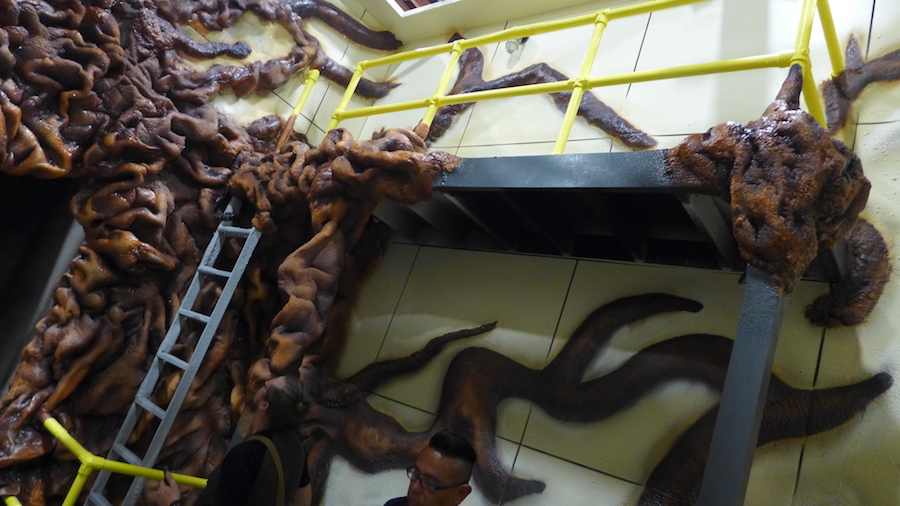 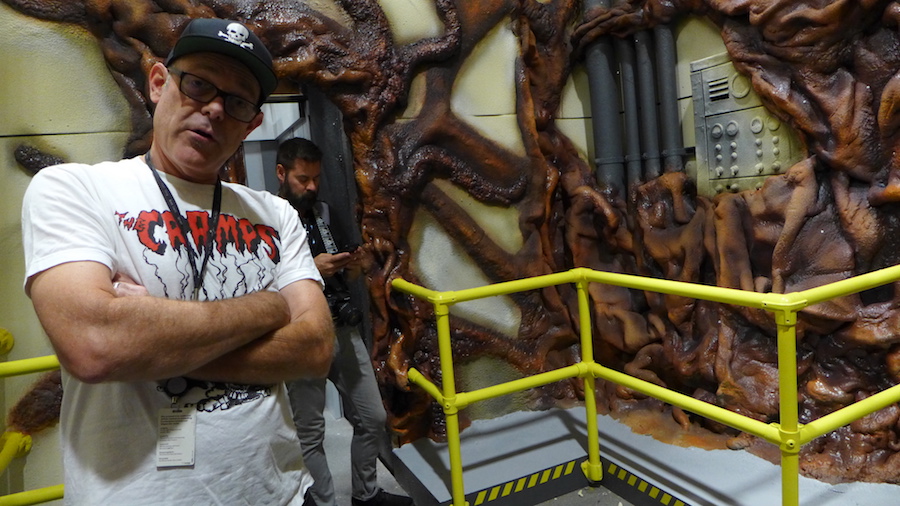 Speaking of the Upside Down, it’s not just an empty darkness. You will have a lot of scenic design happening around you, and you’ll basically see a mirror image of the regular world. The upside down portions were made using a variety of methods including wall decals, projection mapping and even spherical balls of light suspended by fiber optics. It’s more than just darkness, it’s an actual living, breathing world not unlike our own. And of course the Demogorgon is always either howling in the distance, lurking just beyond the woods or attacking you at every step in the way. If you don’t see him, you can definitely feel it’s presence. And when you do see it, it’s impressive. There’s several different methods used to bring to the Demogorgon to life, including a full sized suit that was meticulously crafted.

And HHN didn’t forget about Barb. She’s present, even though you may not like how she looks. In fact, you will see a lot of the characters from the show, or at least get a sense of their presence. 11 will be a static figure in one scene, and you’ll definitely see Hopper and even Joyce (Will’s mom). Kids can’t work HHN, so there are no child actors portraying the characters from the show, so instead you’ll hear them via radios in strategic places. That’s something that is unique, because other shows such as The Walking Dead pretty much left the characters out of the maze, and only focused on the walkers. While the Demogorgon is pretty amazing, it’s not the only character that matters in the show.

One of the real challenges was bringing the 80’s to life. The show is set in the early part of the decade, and creators had to find a way to make the sets look like they belonged. To create the effect of being in the 80’s, designers had to make a lot of the pieces themselves. Everything was meticulously recreated and made to look just like the show. It’s something that creators hope will help to transport guests into the show.

Stranger Things will be part of the massive line up at Halloween Horror Nights Hollywood, which kicks off Friday, September 14th. It will run select nights through November 3rd.