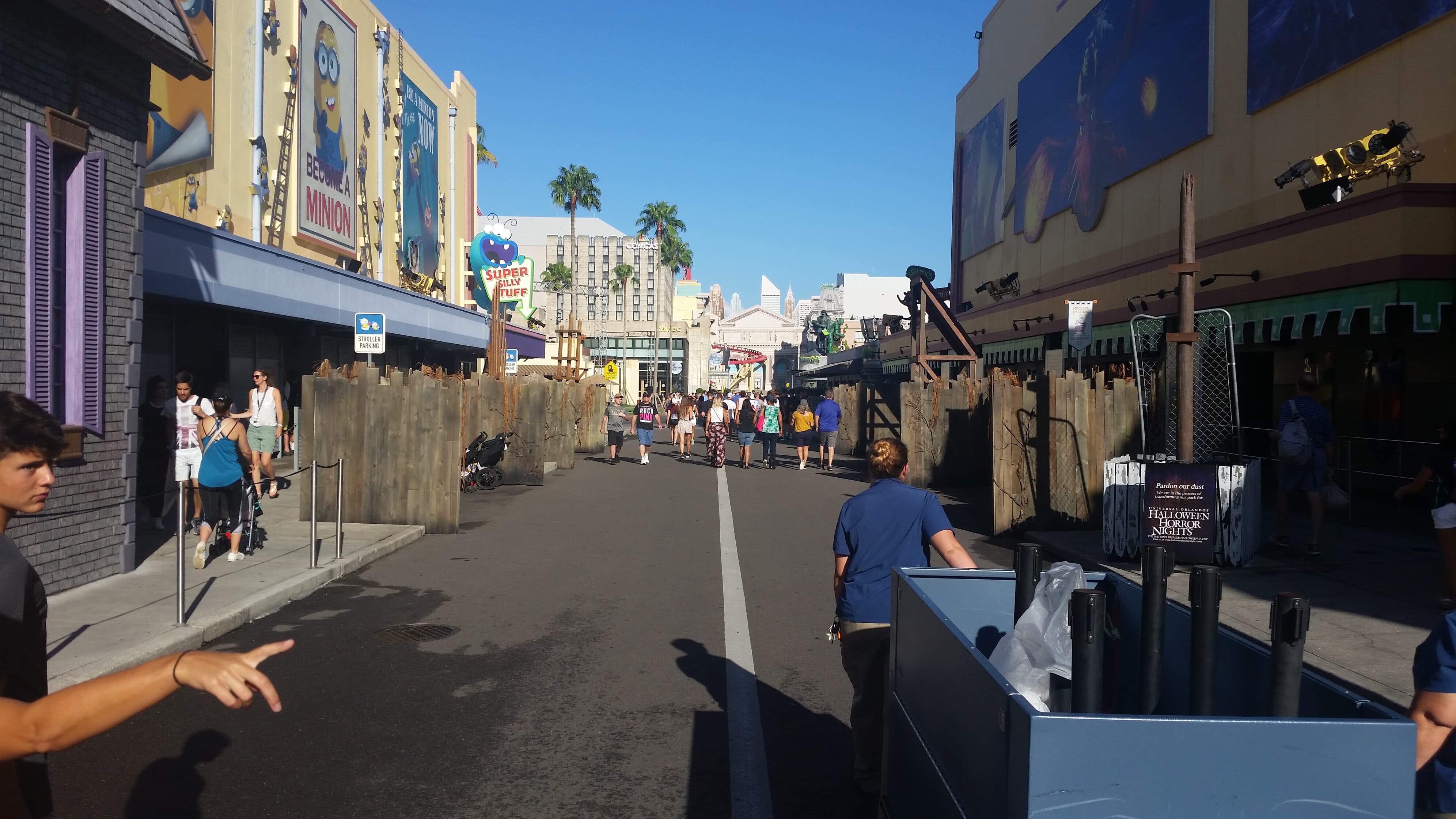 It’s officially September, and we officially have less than two weeks until Halloween Horror Nights officially kicks off the Halloween season at Universal Orlando! We are extremely excited for this year, and it seems like Universal is wasting no time in getting the fun rolling with even more scare zone construction.

The biggest new additions come to Avenue of the Stars in the front of the park, which will be home to The Harvest scare zone. 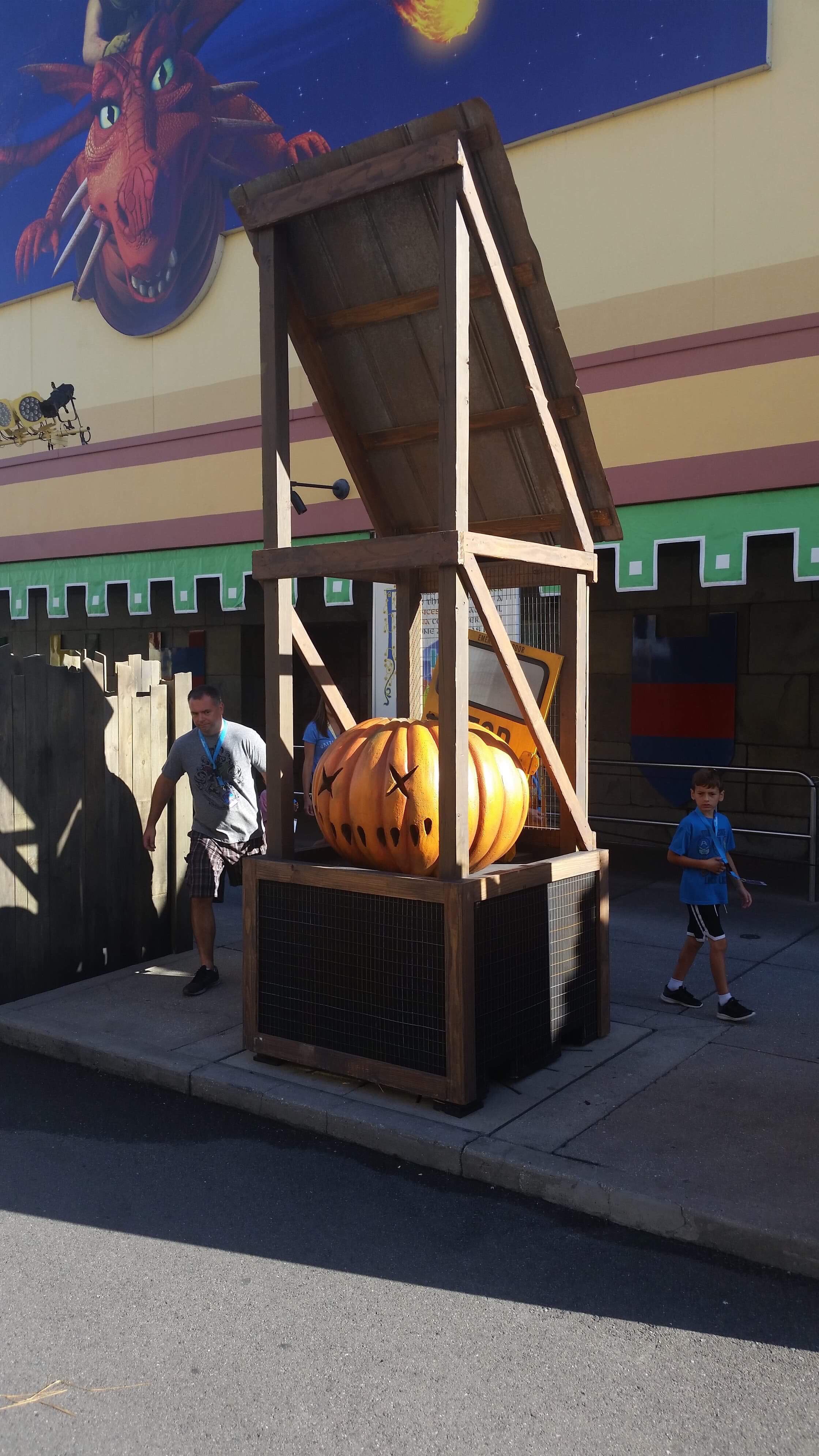 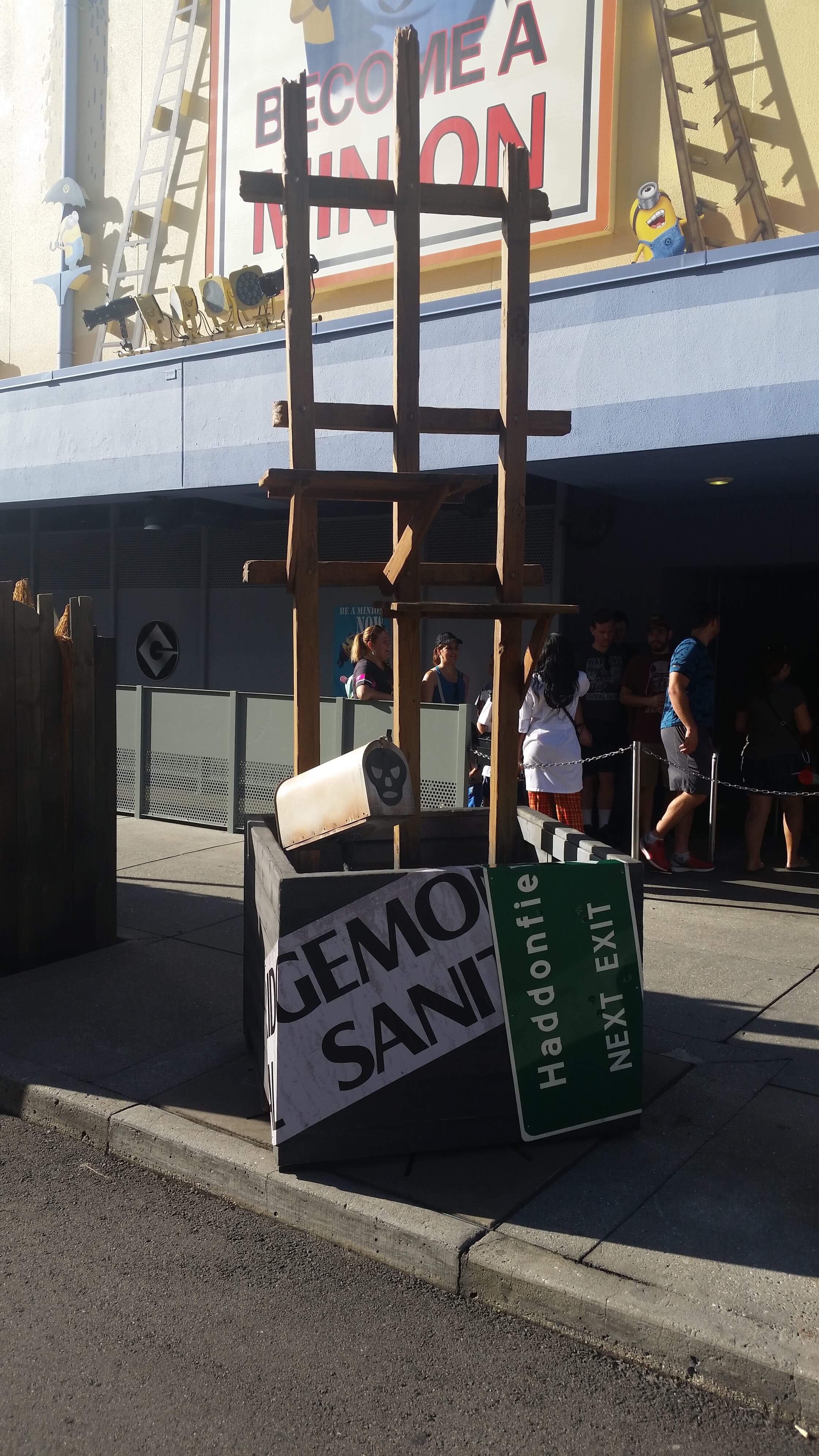 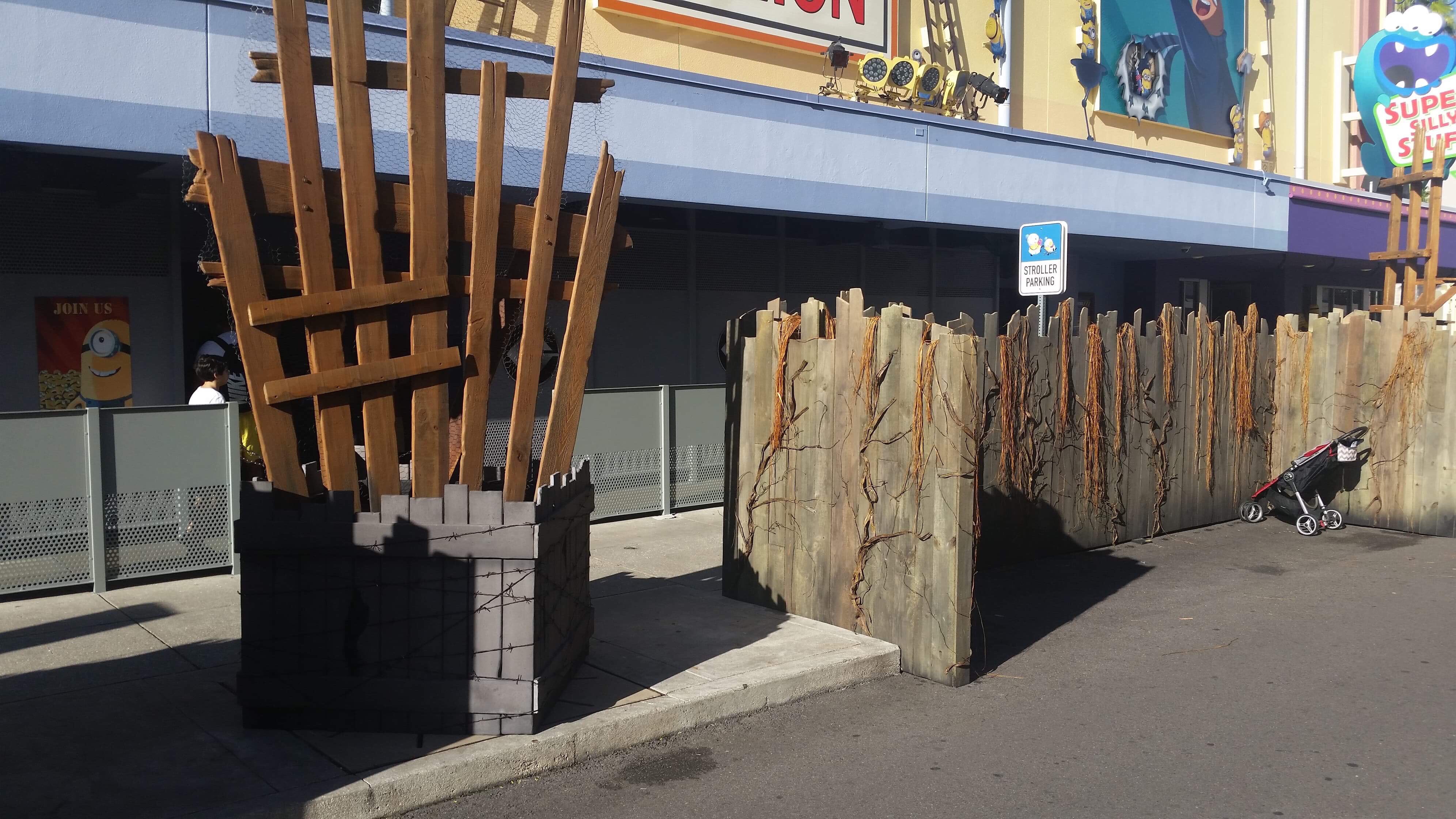 While the description has been pretty vague about this scare zone, the props indicate that we will see something similar to last year, where we see characters from the different haunted houses out in the streets. We already see Haddonfield street signs, Sam’s big Pumpkin, and we’re sure to see more key props from the other houses soon. This means that we will likely see Michael Myers, Sam, and at least one character from every house out in the streets throughout the night. It’s a great picture opportunity that you can’t get in the houses, and will make for some great scares. 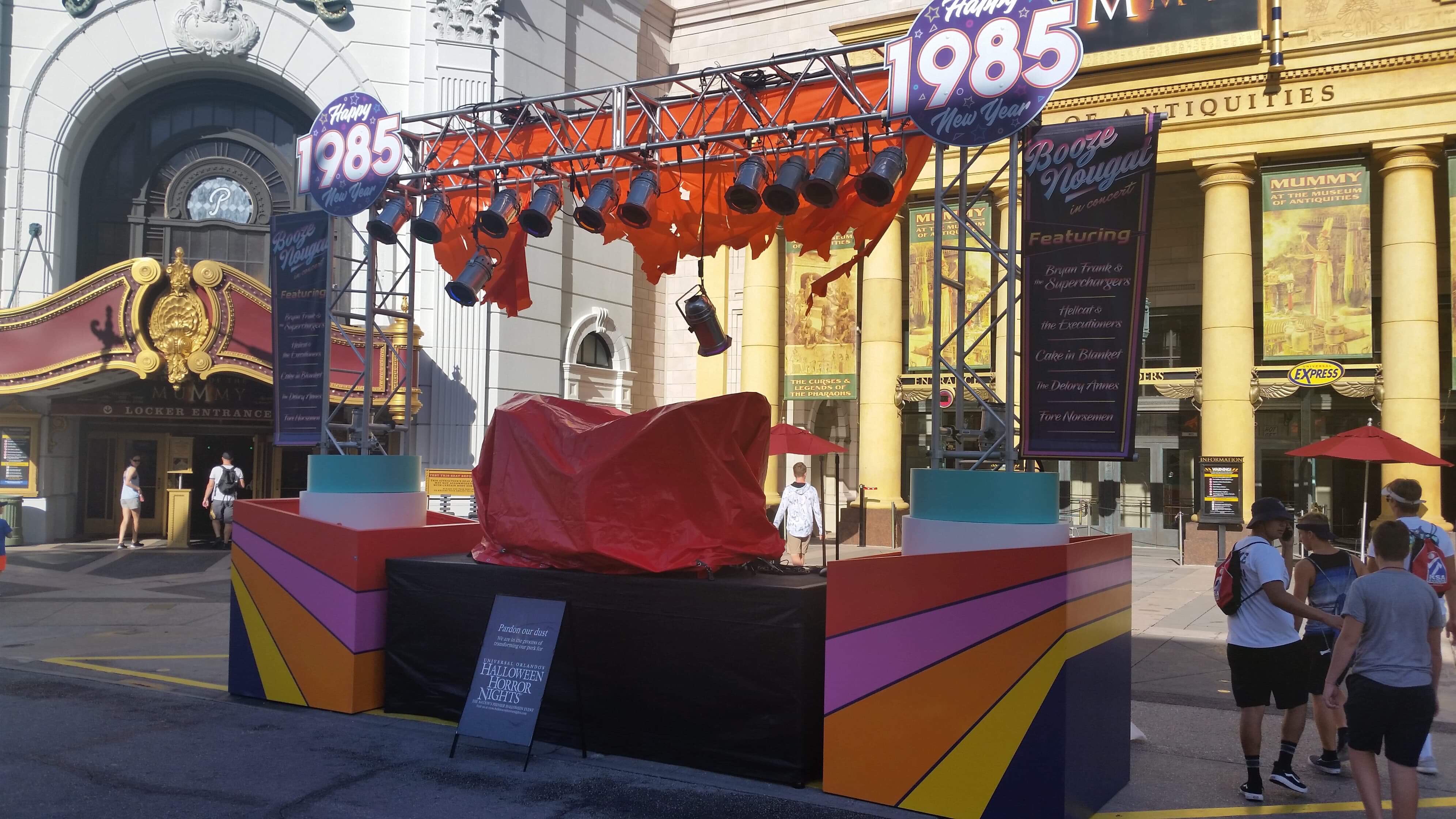 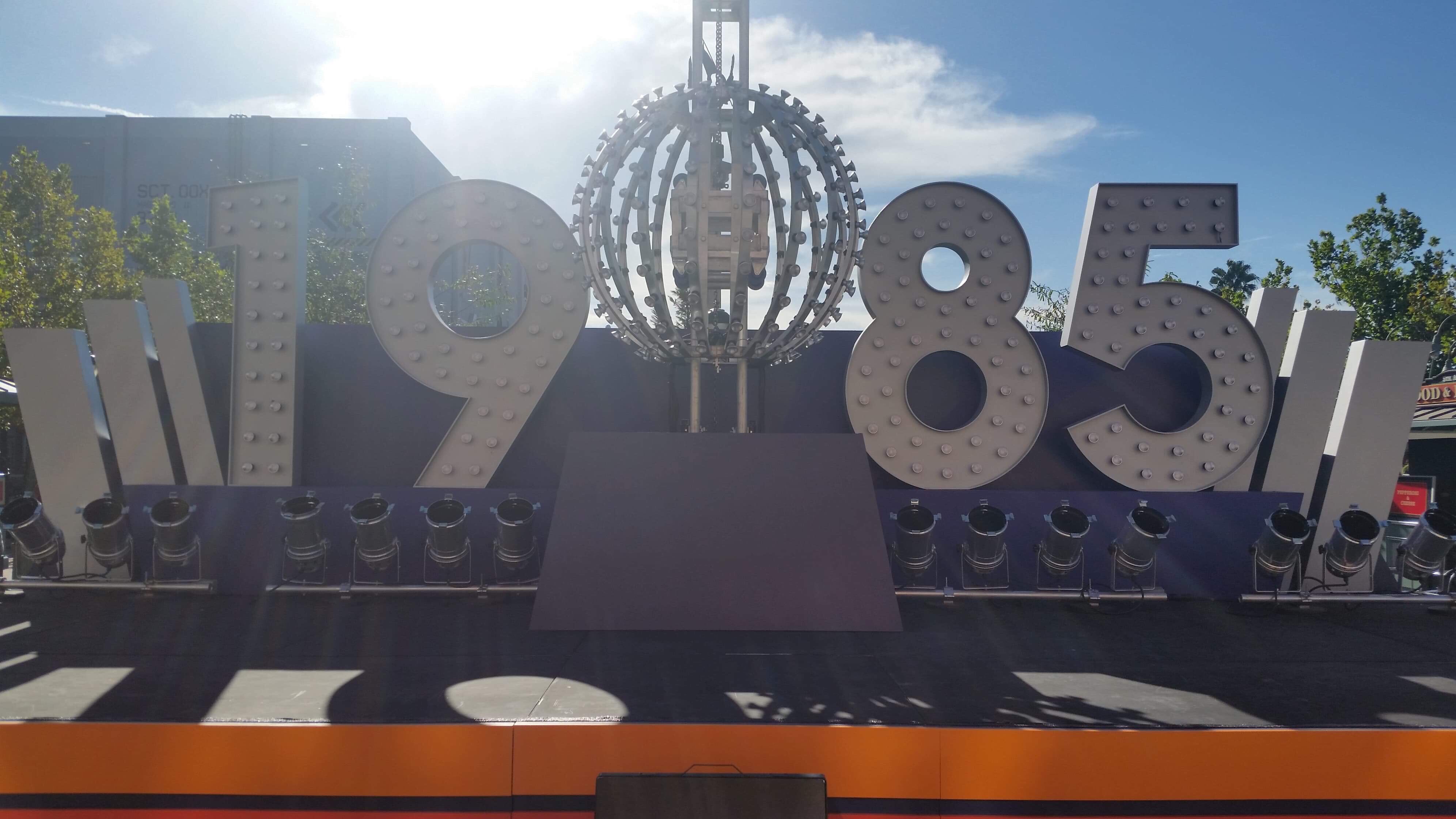 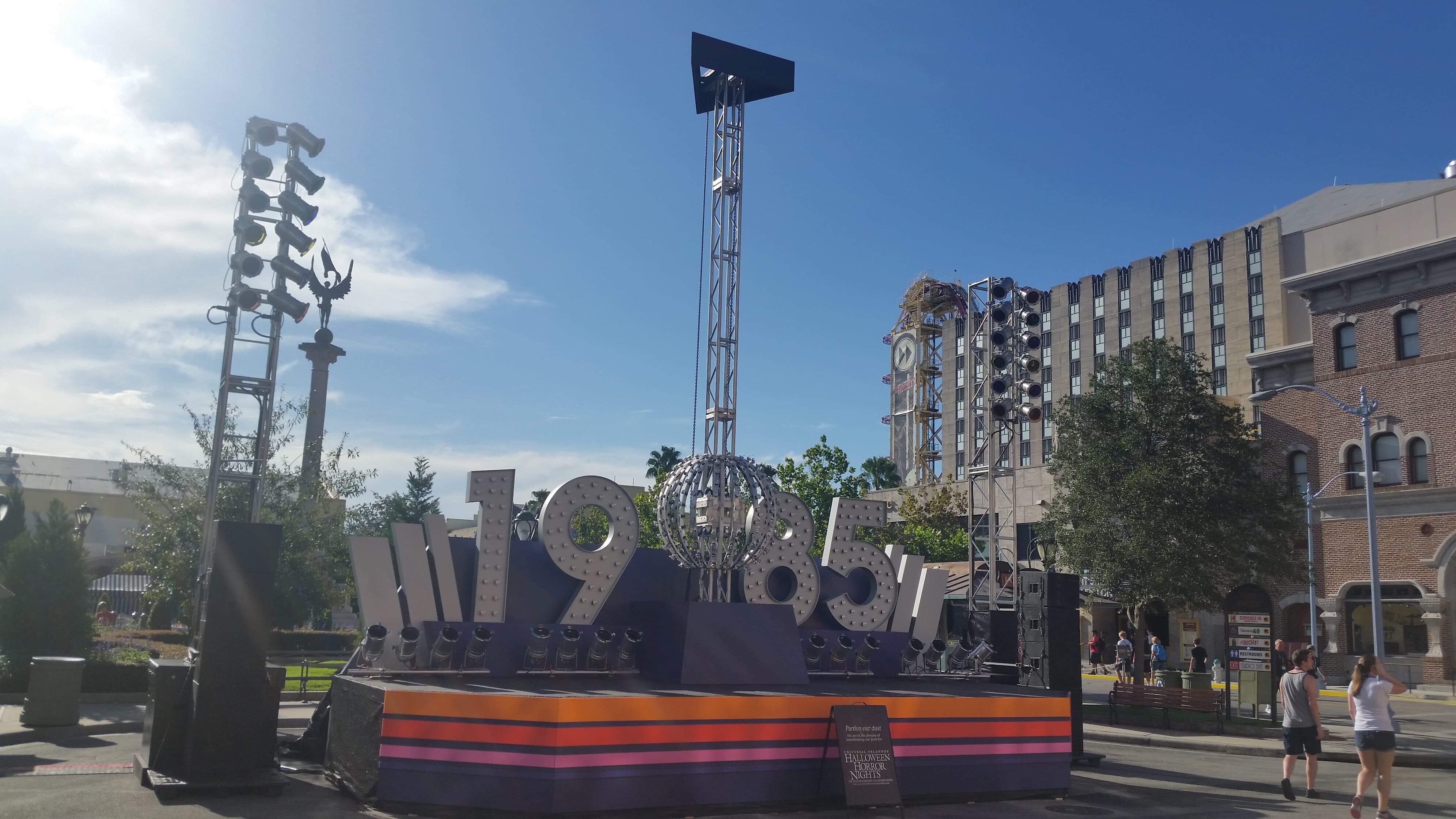 Over in the New York area, a massive stage has been erected where the Vamps of Vamp 85 will count down the New Year to 1985 with a huge ball drop! The stage is really impressive, and we honestly can’t wait to see it in action with all the lights and mayhem going on. 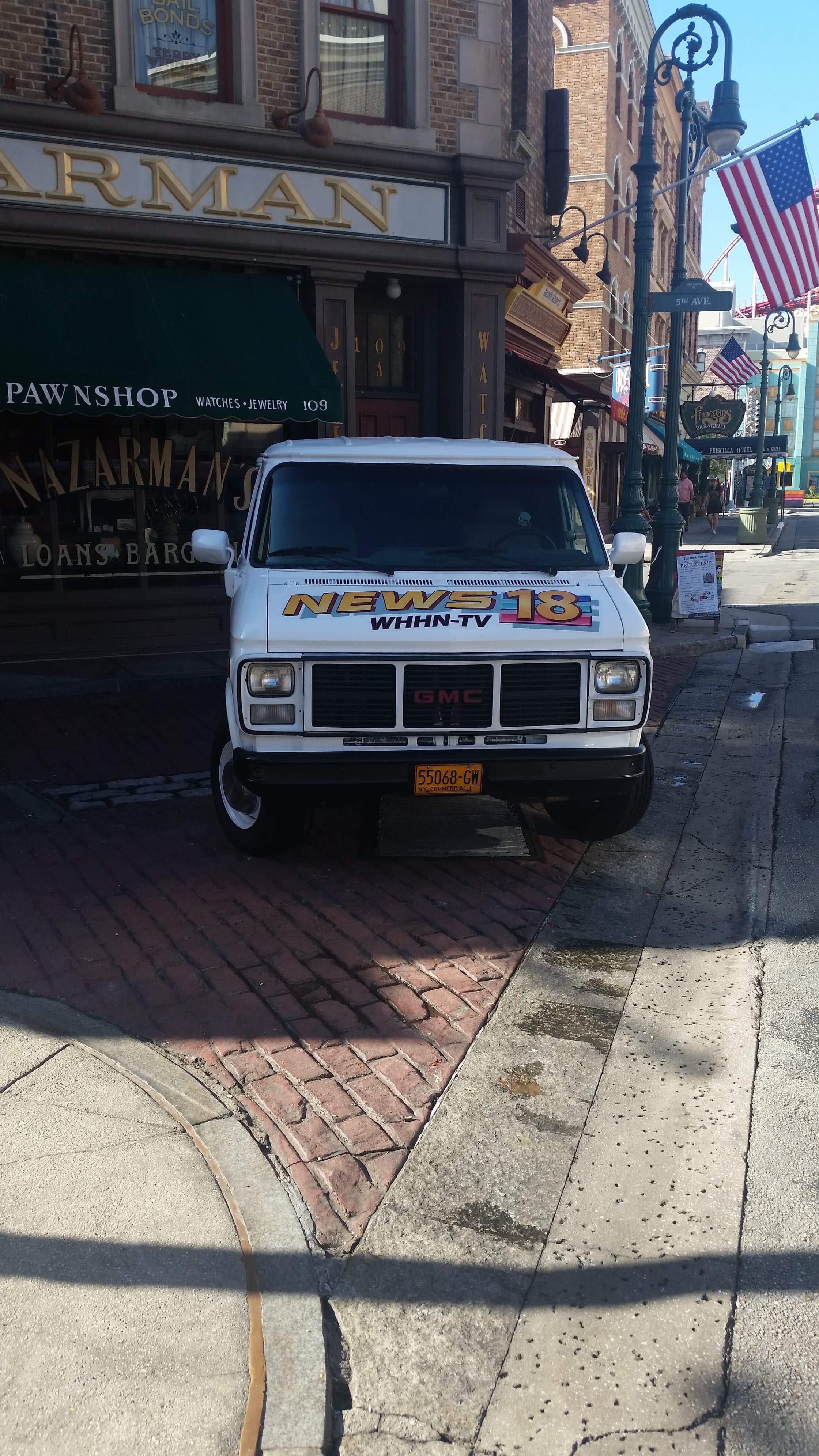 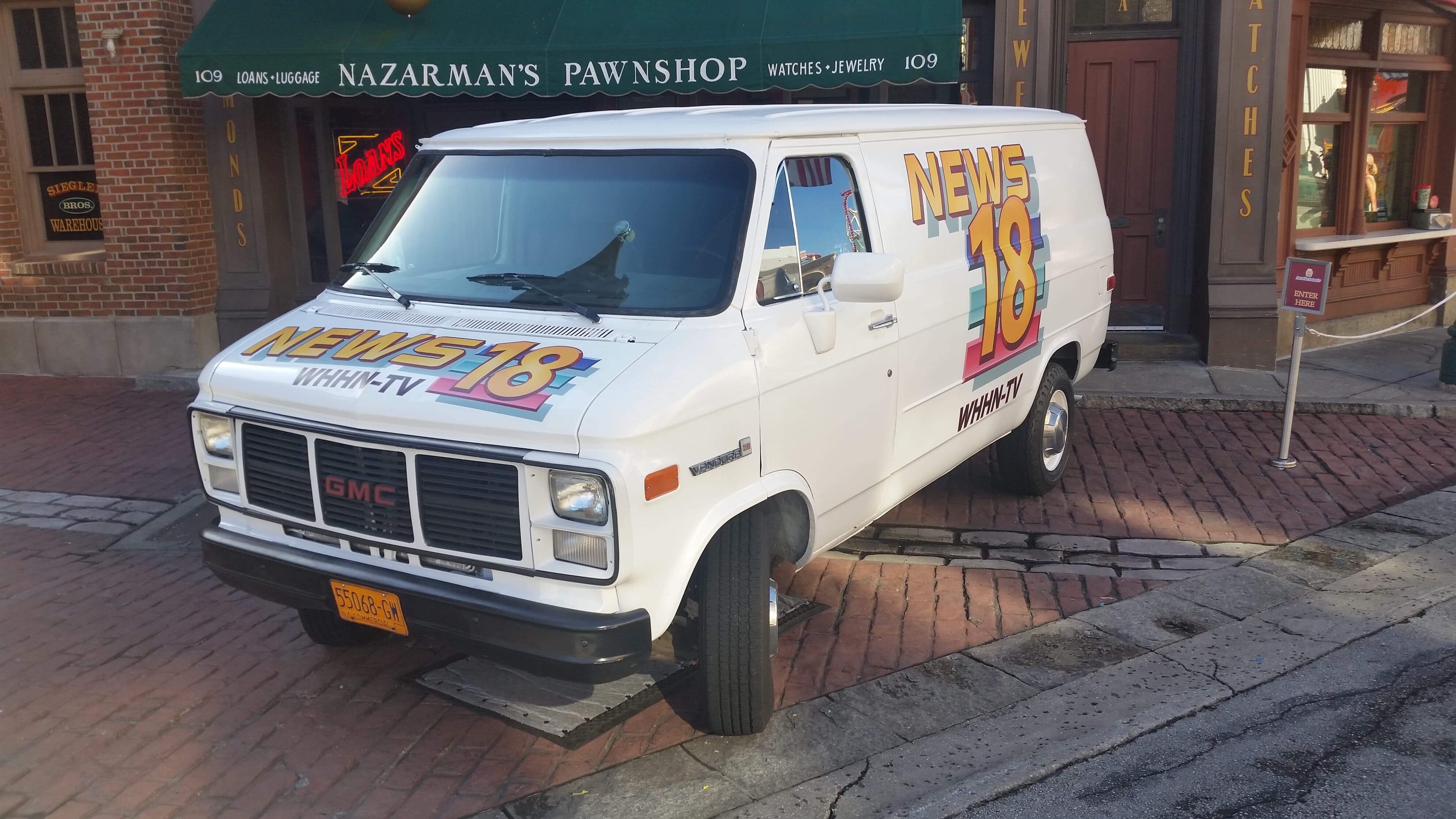 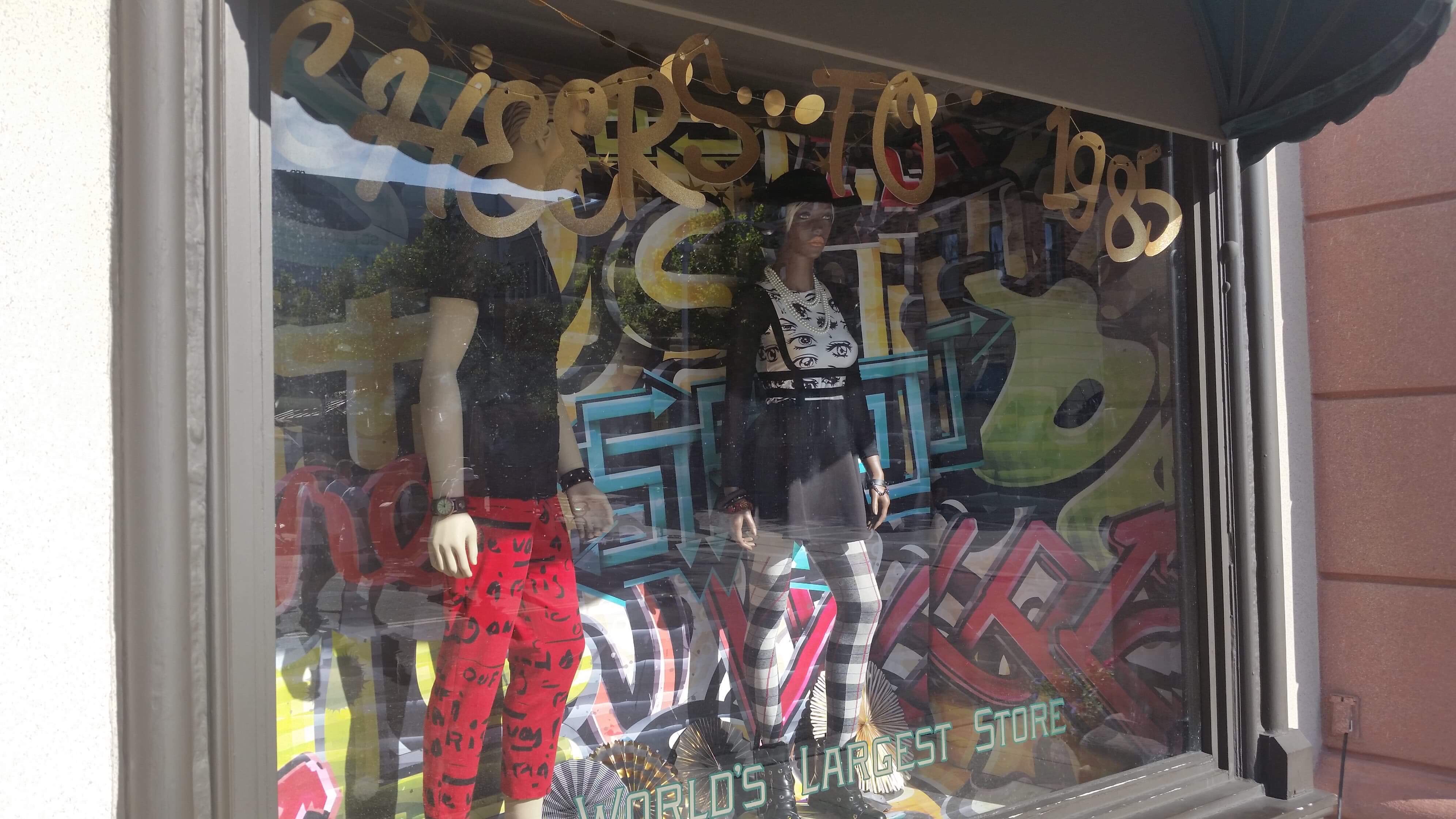 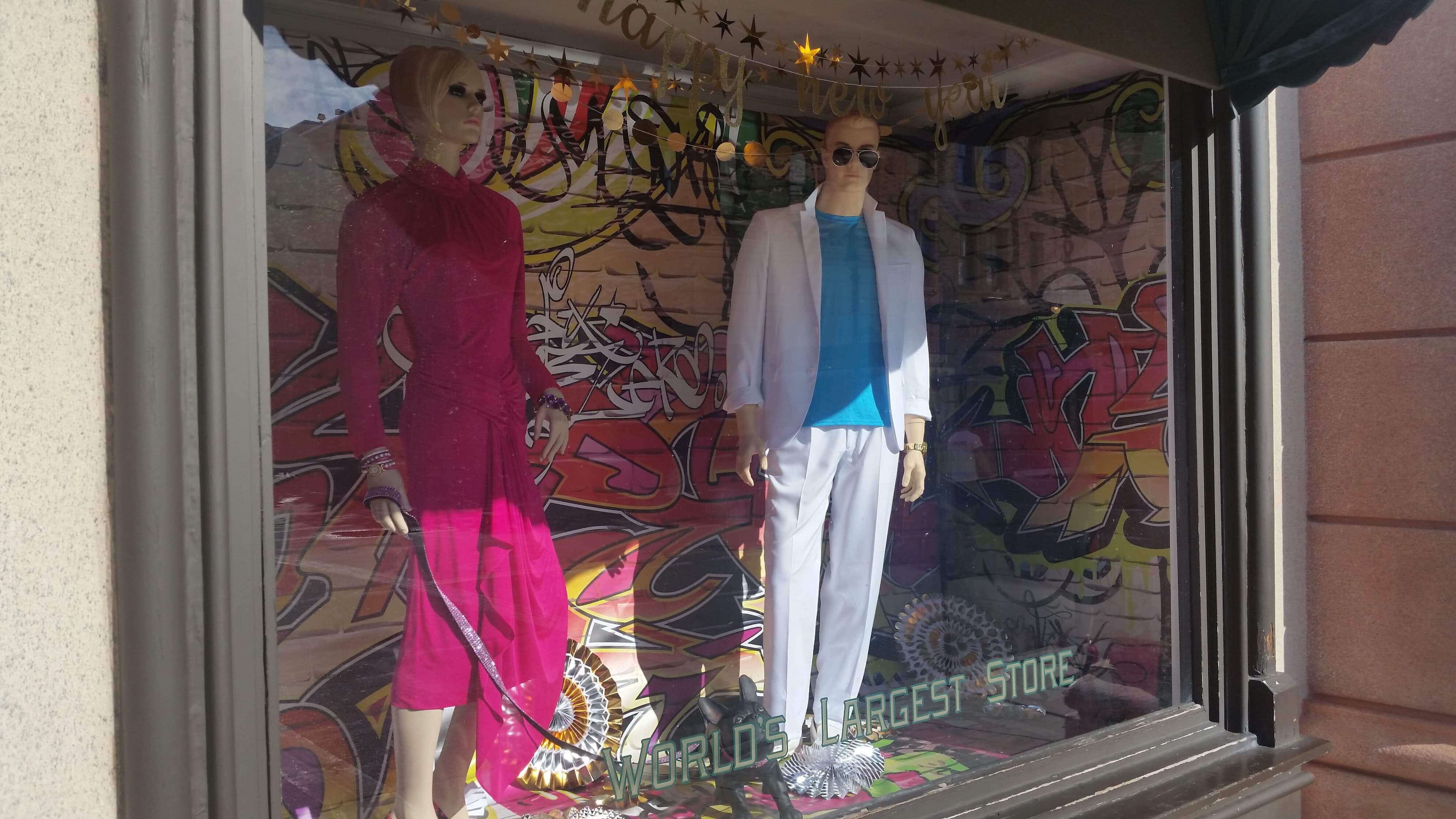 More props have also popped up throughout the scare zone, including an awesome news van from WHHN-News 18. Could that be a possible nod to HHN 18 in 2008, or because it’s 2018? Either way it’s a fun touch.  Probably our favorite thing is the use of the mock store fronts to display 80’s styles on the mannequins. The Miami Vice style was truly one of the coolest things in the 80’s and it just seems so ridiculous now. 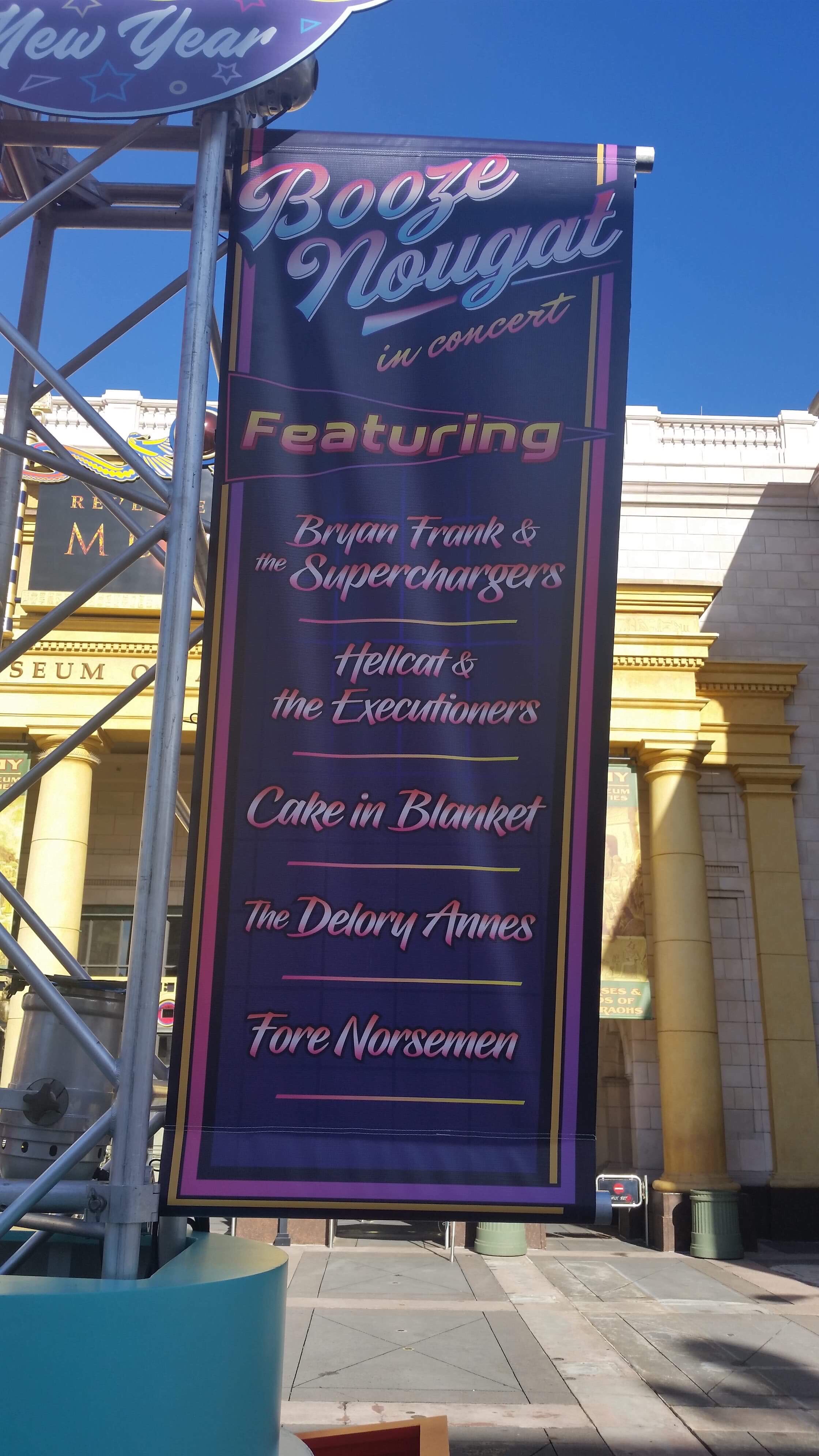 What is a New Year’s Eve party without entertainment? I don’t know what Booze Nougat is, but it sounds pretty amazing. The sign also pays tribute to old attractions, inside jokes, and a tribute to a team member who passed away this year. It’s always fun to see the personal touches that Universal creative puts to the props and streets. 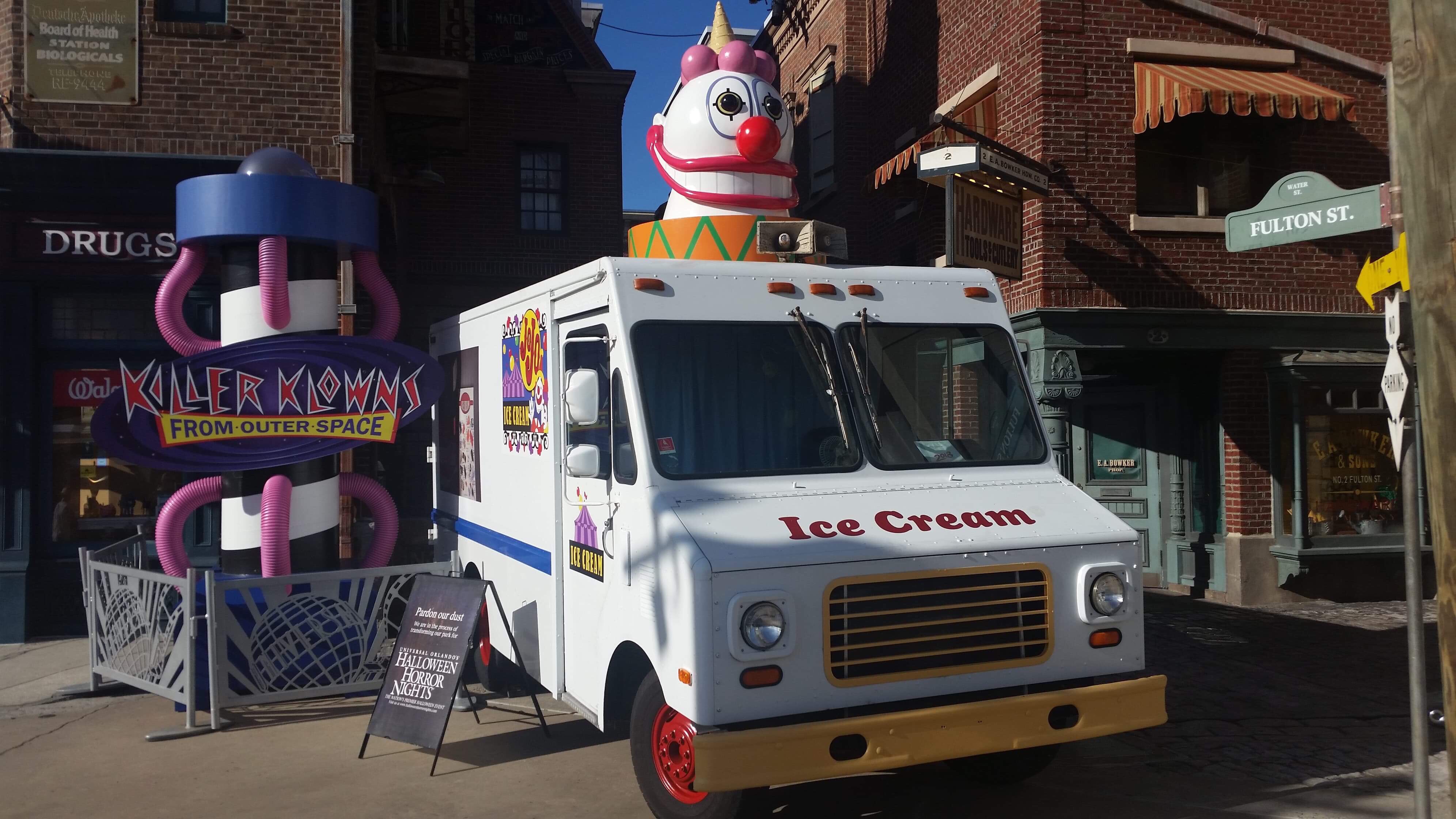 Finally, we have Jo Jo’s Ice Cream in the Killer Klowns scare zone! The Ice Cream Truck is an integral part of the movie, so it’s awesome to see it in person. It’s going to be interesting to see exactly what part it plays in the scare zone, but it’s sure to be a blast.

HHN 28 kicks off on September 14th, and runs on select nights through November 3rd. We will be there opening weekend to show all the terror in store for this year.