The whispers have been very strong, and the rumors even stronger. After tons of speculation, SeaWorld San Antonio and SeaWorld Orlando have set dates for their big 2019 announcements. We already know a little of what’s coming to SeaWorld Orlando with Sesame Street opening. But what else could we hear about?

The first announcement is coming from SeaWorld San Antonio. In a Facebook Event posted on Thursday, the park made the following announcement:

You’ve heard the whispers & read the articles; we’re here to set the story straight! Join the Facebook Live on Thursday, Sept. 27th for an announcement from SeaWorld & Aquatica San Antonio. Plus learn more about upcoming discounts on Annual Passes to keep our 30th Celebration going. Tune in & get the scoop right from the source!

What were those rumors and whispers? There are several out there, but the biggest comes from us. It’s rumored that 2019 will see a brand new version of Turtle Trek, and several new family style thrill rides. Will there be anything beyond that? 2020 rumors suggest that there could be a new family style wooden coaster, much like Invadr. There’s also the possibility of a huge expansion of the Killer Whale tanks, which will be a redux version of the Blue World project. It will include underwater viewing for the whales, and more. 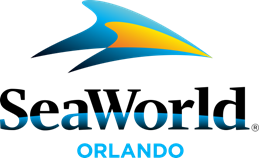 SeaWorld Orlando will make their big announcement on Thursday, October 4th. We already know about Sesame Street taking over the Happy Harbor area, but we could see even more announcements made. We’ll likely hear more details about rides coming to Sesame, as well as shows or parades. There’s even the possibility of big festival dates.

Then of course, there’s 2020. The big rumor is that a launch coaster is coming to the park, which could be a similar concept to Wavebreaker: The Rescue Coaster at SeaWorld San Antonio.

The park is also using the announcement to officially reveal Infinity Falls to the media, which means we will see it open. So, with two weeks until the big announcement, it’s likely we’ll see the raft ride in technical rehearsals very soon, in order to get all the bugs worked.

As for the rumors, we’re pretty sure we’re on the right track. Why?

Regardless of what is announced, the biggest news is that SOMETHING is being announced. That’s very good news for SeaWorld, as they finally seem to be bringing the ship around, and heading in the right direction for the first time in a long time. Now, keep it up!

TAG2019 announcements 2019 attractions Rumor Mill SeaWorld Orlando SeaWorld San Antonio
Previous PostN64 Classic could be on the way for the holiday season! Next PostFreeform to Celebrate Halloween with Nightmare Before Christmas and Hocus Pocus experiences!