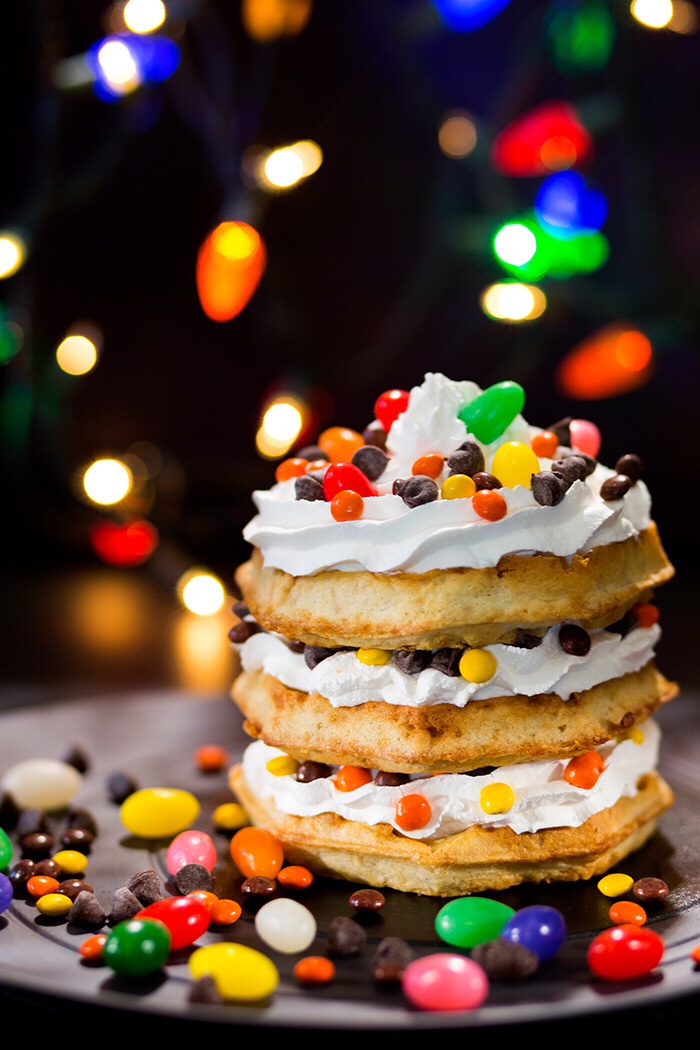 Stranger Things is coming to Halloween Horror Nights at both Universal Studios Florida and Hollywood. There’s already a bevy of awesome merchandise to mark the occasion, as well as the massive mazes. But now, Universal has announced that they will have Stranger Things themed food…and YES! THERE. WILL. BE. WAFFLES.

The executive chefs at both resorts have crafted a menu that will tickle your tastebuds while they pay tribute to Stranger Things. Here’s a sampling of the menu:

Here’s what guests can expect to feast on during “Halloween Horror Nights” at Universal Studios Hollywood:

• Benny’s Burgers: This classic, aptly named after the show’s family-owned diner, features a juicy beef burger served on a potato roll and a side of Tater Tots®.

• The Upside Down Burger: served “upside down,” this signature burger features spicy queso and Flamin’ Hot® Cheetos® served on a potato roll with lettuce, tomatoes, and a side of Tater Tots.

• Benny’s Chicken & Waffle Sandwich: Drizzled with sage-maple aioli and topped with sweet and sour onions, lettuce and tomatoes, this grilled chicken sandwich is served on iconic Kellogg’s® Eggo® waffles with a side of Tater Tots.

Additional treats will be served throughout the theme park including Mini Meatball Subs, Loaded Mac ‘n’ Cheese, and Stir Fry Noodles as well as Voodoo Doughnuts. 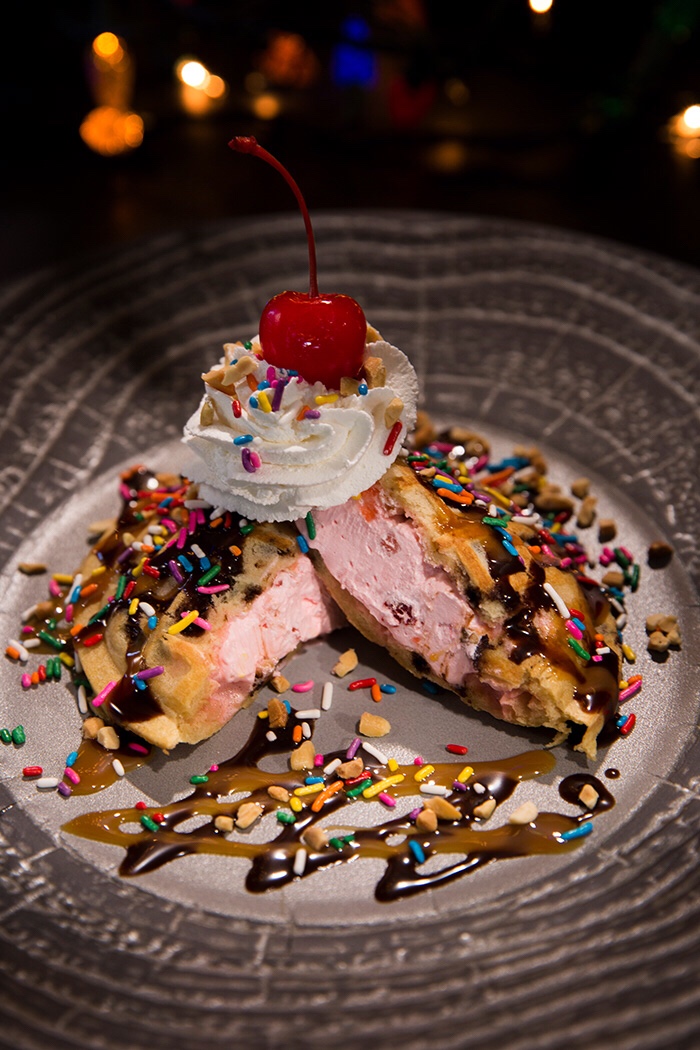 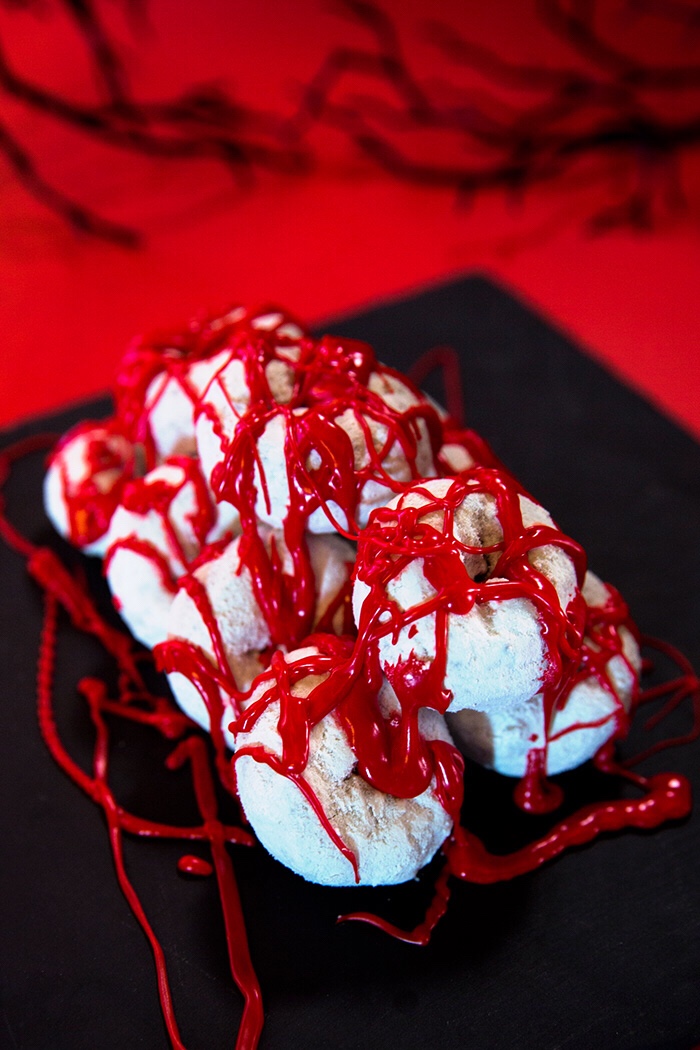 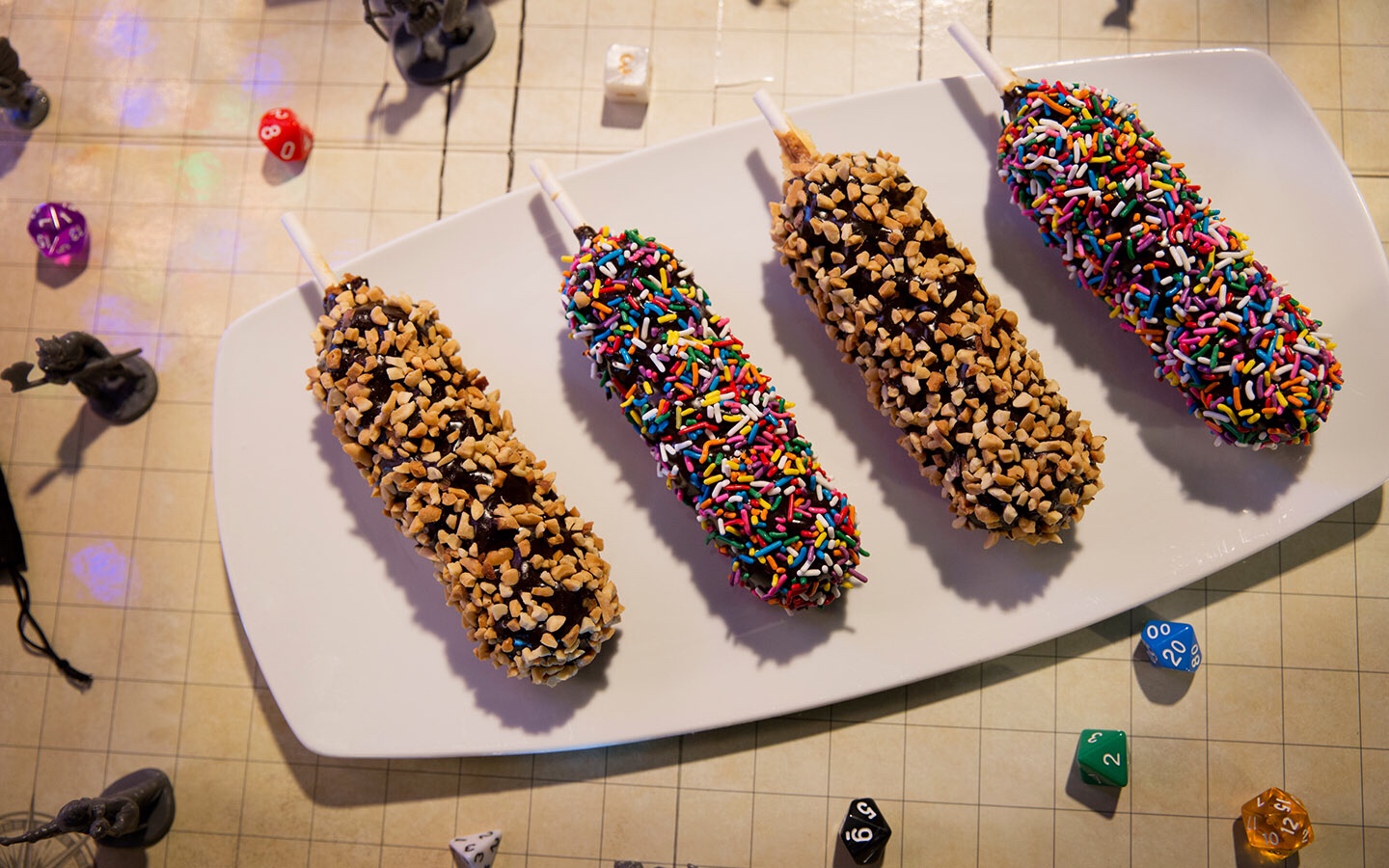 Here’s what guests can expect to dine on at Universal Orlando Resort:

• Waffles Galore!: All inspired by Eleven’s favorite food, guests can enjoy a variety of waffle treats at “Halloween Horror Nights,” including a Fudge Dipped Waffle on a Stick topped with peanuts and sprinkles; a Waffle Ice Cream Pocket Sundae which features two chocolate chip waffles stuffed with strawberry ice cream and topped with whipped cream, chocolate sauce, caramel sauce, sprinkles, chopped peanuts and a cherry; the Triple Decker Extravaganza, which is Orlando’s version of Eleven’s Waffle Extravaganza – and more.

• Christmas Tree Light Cupcakes: Inspired by the iconic scene from ”Stranger Things” where Joyce uses Christmas lights to communicate with Will, guests can choose from chocolate or red velvet cupcakes, each topped with whipped cream frosting and covered with jelly beans to resemble the colorful lights

• 11 Mini Donuts: These donuts are covered in powdered sugar or cinnamon and topped with red frosting – inspired by the nosebleed Eleven typically has when she uses her telekinesis powers

• Pepperoni & Sausage Pizza: Inspired by the slice of pizza Dustin offers his crush, Nancy, in the first episode of season one 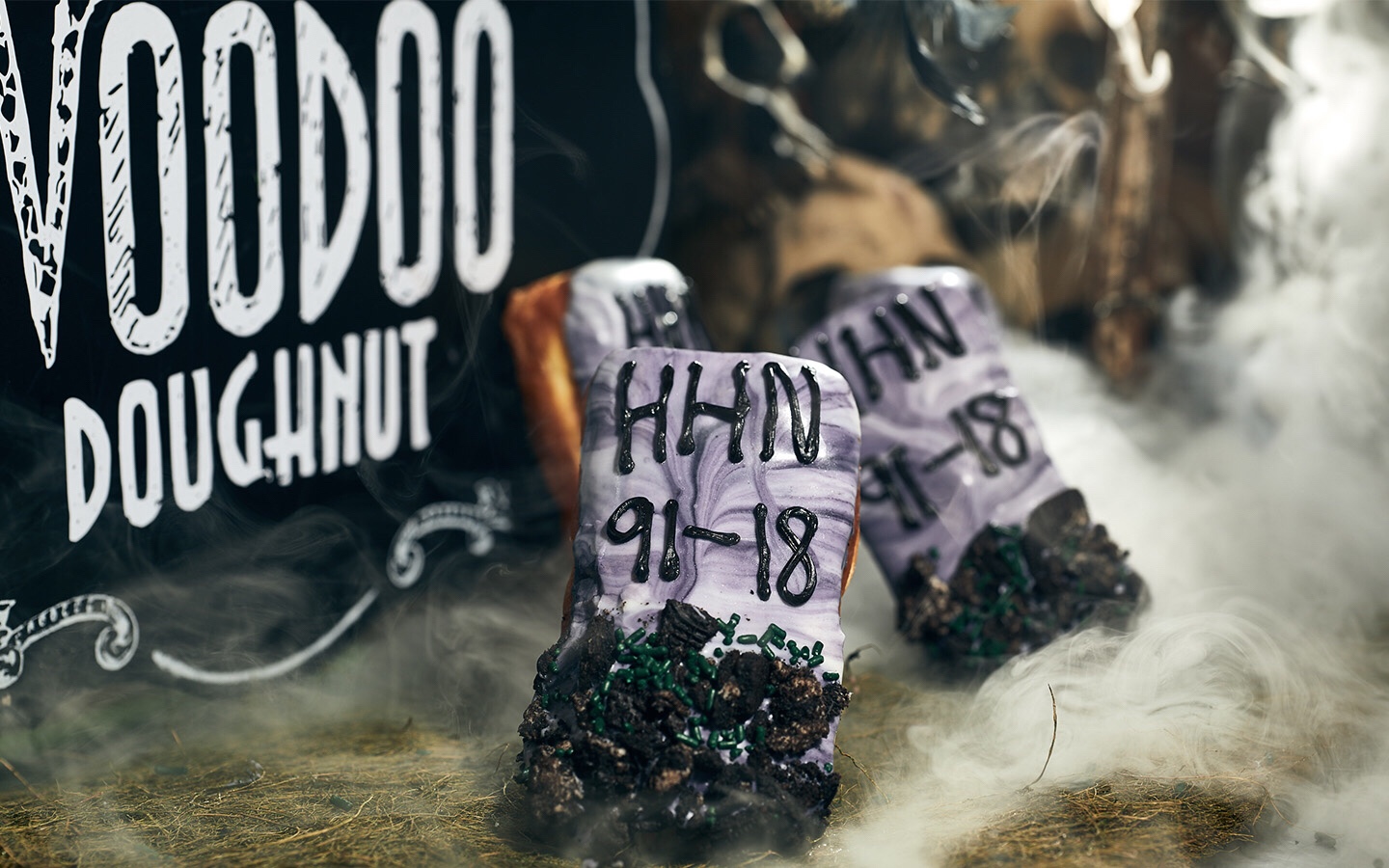 Over at Voodoo Doughnuts, you can get the HHN Tombstone which is a yeast donut filled with Raspberry Bavarian cream and Oreo cookie dirt. Passholders can get them now! 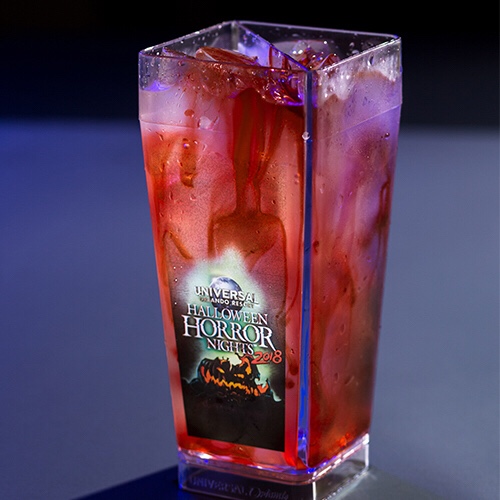 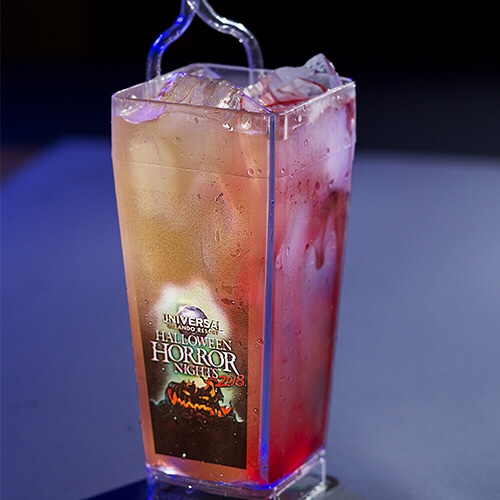 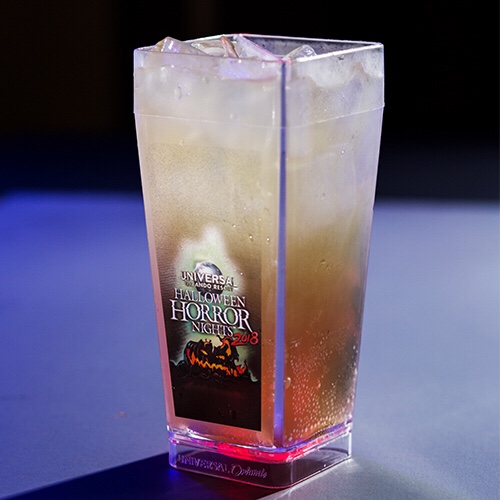 Of course it wouldn’t be HHN Orlando without a little liquid courage. Every year Universal brings out a menu of specialty drinks and this year’s sounds fun.

• Gnarly Twist – A perfect sweet and sour combo of both the Wicked Rad Punch and Totally L.I.T. 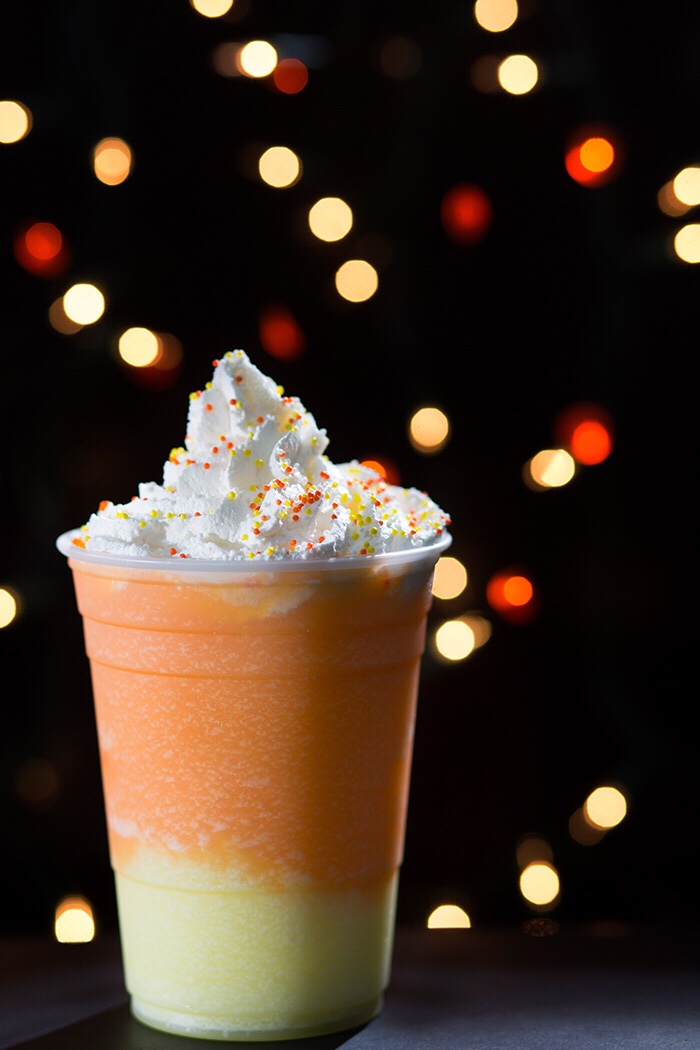 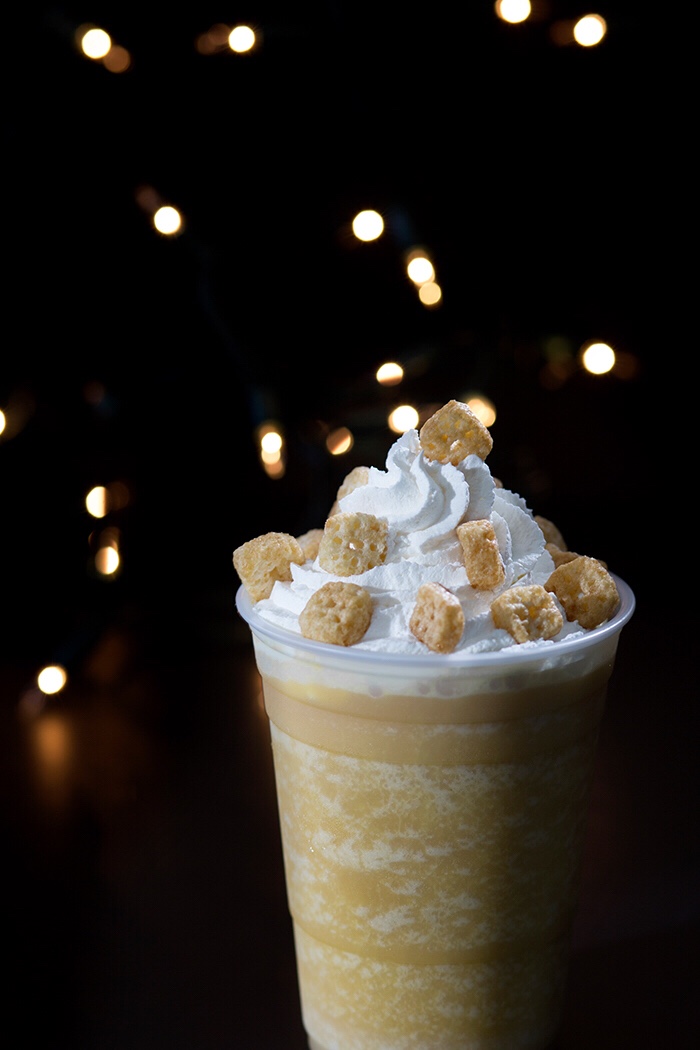 There’s also the non alcoholic drinks, which are a great treat after screaming up a thirst.

First is the Syrup & Waffles, which was inspired by “Stranger Things.” It has waffles on top and is a blend of different flavors. Next is Candy Corn…it’s candy corn, what else do you need to know? 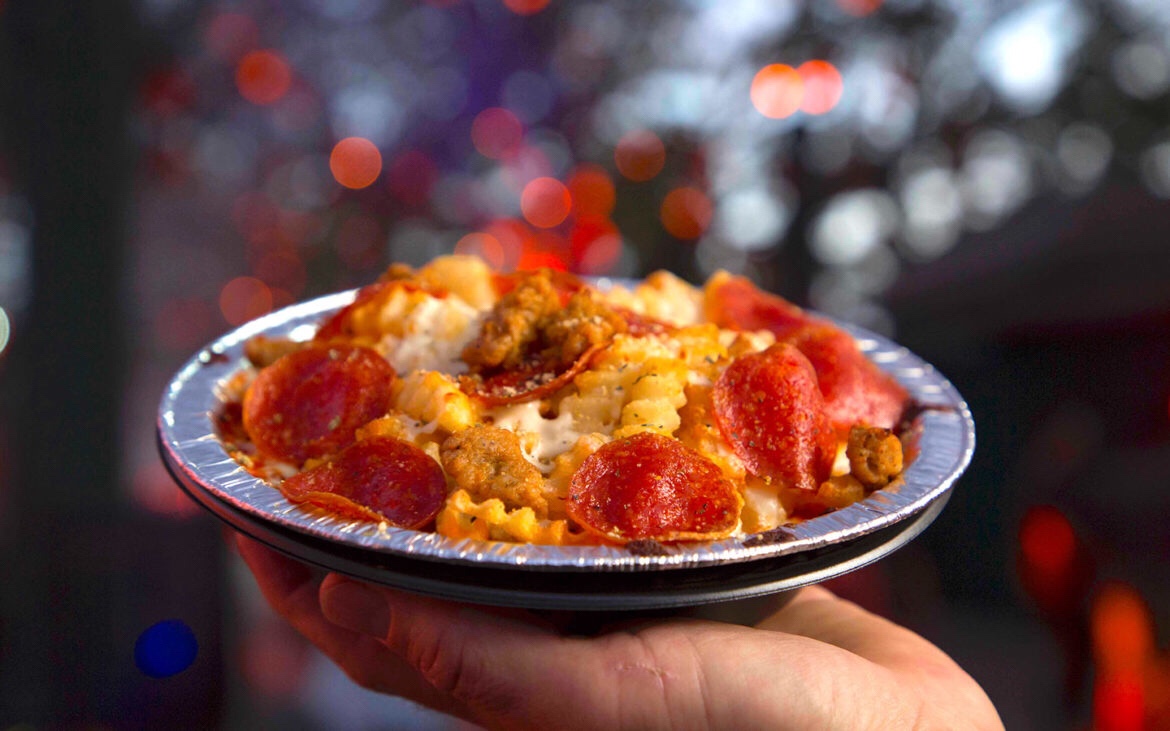 Fan favorites are also back on the menu, including Pizza Fries, Chili Garlic Chicken sandwich and the fiery onion ring burger.