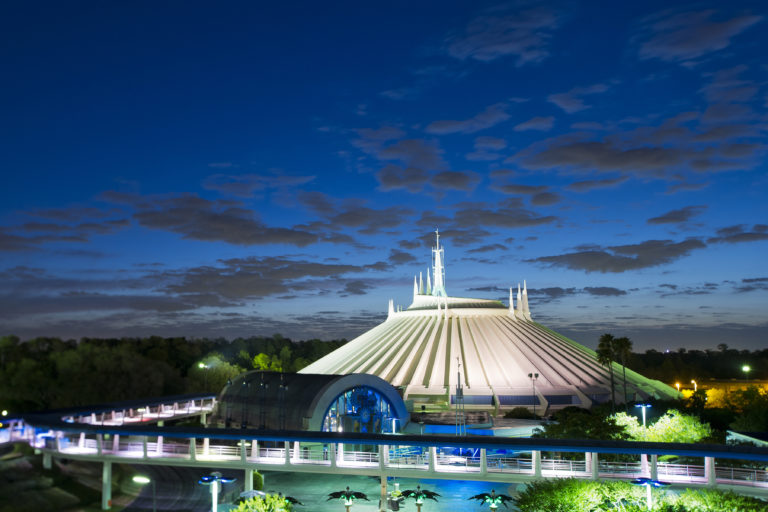 Space Mountain at Walt Disney World’s Magic Kingdom is a very iconic roller coaster. Some would say that it’s too iconic to undergo any major changes. After all, some things should be just left alone, right? While that’s fine and good for Disney purists, the rest of us clamor when we see amazing, seasonal changes happening to the rides’ counterparts in other Disney parks around the world. Disneyland gets Ghost Galaxy, where spooky images are projected inside the ride, along with eerie music. HyperSpace Mountain gives fans a Star Wars soundtrack, and sends them battling against the Empire. I mean, it’s something simple but it works so amazingly and it’s always billed as a major event. But Walt Disney World is usually left out of those holiday overlays, because most would say that it’s such an iconic attraction that most people only get to do once in a lifetime, that most people want that tradition to stay as it was.

So, when Walt Disney World announced that they would be doing a holiday layover of Space Mountain, JUST for the Not So Scary Halloween Party, I HAD to buy a ticket. It was going to be awesome! Right? Amazing spooky sounds, fun spooky images? NOPE and NOPE. Nothing of that sort. Instead, they did something that sounded downright lazy. Disney just turned out all the lights. That’s it. 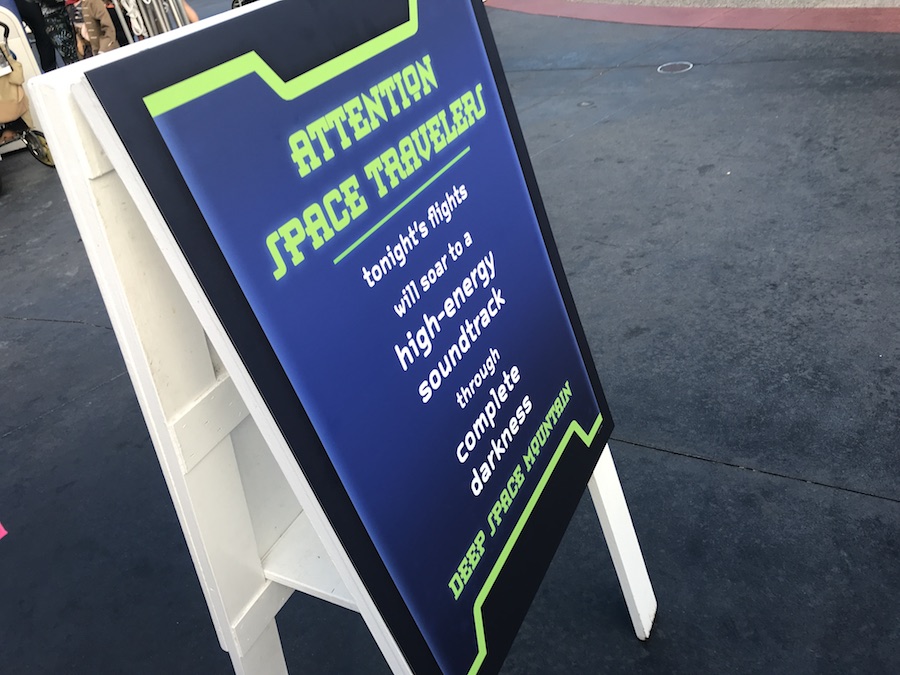 Actually, they also put in a high energy, kind of sinister sounding soundtrack as well. My heart…sank. This COULD NOT BE IT! While we waited in line, right after the change over from day time to Halloween time, I wondered just how different this could be. And more importantly, how I would film it to show you wonderful people.

Well, turns out that Space Mountain in pure darkness is kind of genius. I’ve been on the ride over 100 times, I thought I knew every little dip and turn, I was so wrong. While the ride is always in the dark, there’s always enough of that glowing light to see just the outlines of where you are, and where you are going. Not anymore. Not this time. Every drop you thought you knew, is gone and replaced with something new…okay, not really, but it sure feels like it. It’s amazing how much we rely on our senses, and when you take one of them away, everything changes dramatically. That’s the brilliance of it.

So how did I film it? I’ve actually been debating on how to present this for a long time. There’s seriously NOTHING to see in our film. Nothing at all. You see the beginning, and you see the end, and that’s it. But what about the actual ride itself? How can I show you something that’s simply not there?

Instead of showing you something, I thought I would just let you listen. Listen to the sounds of terror that four hardened theme park fans make on a ride that they are riding for the first time, after riding it a million times. No, there’s nothing wrong with the footage…it’s there, but there’s nothing to see there. And there lies the brilliance and the fun of the attraction. Turn the lights off and ride in complete darkness.

Now, Disney…pay attention because this next idea is bonkers. Let’s do a Christmas ride as well. Layover simple Christmas lights throughout the attraction, on the sides of the rails and on the sides of the track, and have them dance to 8 bit, or techno “space” sounding Christmas music. It’s not too late to make it happen, I have faith in you. If you can come up with something simply terrifying like this for Halloween, Christmas shouldn’t be too hard!

Tickets for Mickey’s Not So Scary Halloween Party are on sale now, and they do sell out!